Art & Culture ArtsFashion & BeautyMusic
TOPSinger, Model and Cosmo Japan Cover Girl Laura Ribeiro: “I had to convince people that I am lesbian” Singer, Model and Cosmo Japan Cover Girl Laura Ribeiro: “I had to convince people that I am lesbian” 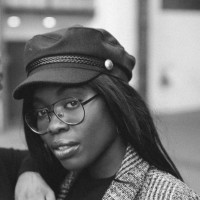 Laura Ribeiro is here to chronicle every high and low of adulthood; from dealing with an eating-disorder, her musical journey as an established, bold and independent artist in Tokyo, and the process of coming out as a homosexual woman. For the first time she opens up about her story, that feels both raw and unapologetic and where she refuses to comply to societal norms.

The 28-year-old is on a quest for self-confidence, independence and emancipation, fussing all of her cultural influences and lands on something that feels fully representative of who she is. She is making it crystal clear that she’s firmly in charge of her own narrative.

You have experienced different expressions, characters and identities in your life. How do you balance your Latin heritage with your Japanese and English identities?

I’ve always found myself a bit like an outsider everywhere I’ve lived. I am Brazilian born, raised in London and been living in Japan the past six years. While growing up in London I was put into a certain category because of my Latin roots. I used to visit Brazil every year and lived there for two years, but even then, I was sadly not fully accepted in my motherland. At first it was challenging to fit in, as a result I was constantly trying to make others accept me. Throughout the years, each culture I was fortunate to experience had an impact in who I am today as a person. I am grateful to my parents for teaching me Portuguese and allowing me to communicate with my culture.

Ultimately, the key is to balance it out and to do my part in my journey and stay true to myself.

How was your experience being the cover-girl for Cosmopolitan Japan’s LGBT issue and you coming out?

Firstly, it was my first ever cover, secondly, it was my first cover for such a big magazine, and thirdly, it was my first interview after coming out. The experience was terrifying, you are putting yourself out there for people to judge you based on your sexuality. At that time, I just came out officially a year prior and I was still in a very vulnerable place. I’ve grown a lot more since the cover and looking back it was such an important time for me, because it was something, I had been hiding my entire life, from my community but also from myself.

“Before I came out, I was in a two-year relationship with a Japanese guy”

Talking about anything that was LGBT related was a taboo topic in my Catholic family. Just talking about sex would turn out to be an insane conversation. Both my parents are very religious and quite strict and me being such a free spirit, I had trouble trying to find who or what to identify with. I never really identify myself with the religion I grew up with. Before I came out, I was in a two-year relationship with a Japanese guy, who ticked off most of my checklist for guys my parents would accept. As a result of that something always felt off and I was never truly happy. I saw myself in the future with a husband and kids and I realized how much I would regret not being true to who I am. Back then I always said I was bisexual, I would never date women, because I knew the moment I took that step, whatever I had going on with guys would stop. People have to understand that coming out is a process.

Thankfully, I had supportive friends who helped me open up my mind and heart and in June of 2016 I came out as a homosexual woman.

How did coming out change your career and your life in Tokyo?

I used to have a lot of panic attacks and anxiety, but the moment I came out a huge weight came off my shoulder. It made me confident and it reflected on my career. Clients and my community would notice the difference in me and how assured I was in my skin and myself. As a consequence of my newfound confidence my career skyrocketed, I was modeling for different publications and campaigns. Being confident of who I am really helped me identify myself.

The way today’s society talks about identity, gender and sexuality can be overwhelming. How do you deal with societal norms weighing down on you?

The hardest element for me was the fact that I had to convince people that I am lesbian. My appearance doesn’t conform to the stereotypical view of a homosexual woman that society has. It would be so bad that even my own community would kick me out. Back when I was a teenager and still identified myself as bisexual, I was told by my LGBT friends that I don’t look like I am into girls. I was really confused and didn’t know how to respond back then.

Afterwards, whenever I went out, I would try to dress myself according on how a lesbian should look like. I want to dress cute and feminine but also want to be identified as a lesbian regardless of my appearance. I mean this outdated stereotype does nothing more than incorrectly corral a group of people into a small define box. Fortunately, over the years people are recognizing that lesbians, just like every other human, come in all shapes, sizes, races and gender expressions.

Last year you made the shift to music, pursuing your dream to be on stage. What challenges have you encountered working as a singer-songwriter in Tokyo?

I have been working on music by myself for quite a few years now. Which made the process of releasing my music even more exciting. One of the most challenging elements was to find the right producer and my sound. Fortunately, I found Chocoholic, who is the girl that mainly produced my first EP. Both our energies are quite similar, she understands my style and the type of music I want to create. I knew for a fact I wanted to produce music that reflects my identity and roots. I want my fans to listen to songs that make me feel, calm, peaceful and happy. That’s why I was thrilled to work with a producer with whom I could connect with.

There is a deep spiritual aspect to your music. Tell us about the EP you released last year.

You can especially hear the reflection of my connections to spirituality and love attraction in my song “Summer Nights.” Every time I listen to it, I feel at peace. Compared to “Dreaming,” which is quite pop-oriented but still gives off calm and happy vibes I like to convey. In my upcoming music I incorporated beautiful frequencies of nature sounds in the background, which gives a harmonious sound to the songs. I really like how my new music translates peace elements to the musical landscape.

You have talked about dealing with an eating disorder, how did you ultimately deal with it?

It started when I moved to Japan in my early 20s until my mid 20s. I didn’t realize how much I was harming and damaging my body. My eating disorder itself came from not feeling good enough and not being comfortable enough in my own identity. Again, it goes back to trying to fit into a box that society expects me to conform to. The lower part of my body is a lot more ‘fuller’ than my upper body. The constant comparison to all the ‘skinny’ models was toxic and was abusing not only my body but also my mental health. It shows that not only teenagers struggle in discovering themselves, but young adults are still trying to determine who they are. Even now, going towards my 30s, I am still learning about myself, although the difference is that I am in a healthier space than before.

What would you say is your biggest personal and professional success to date?

Growing up I was told by my family to never mention that I was from Brazil, because of the fetishization I would face as a result of my Latin heritage. I faced sexual objectification from men when they found out I was from Brazil. This led me to constantly trying to hide parts of myself, part of my roots and culture. I think my personal success is definitely my journey accepting my identity, my sexuality, and being proud of my ancestry. I am proud of most of my professional success, be it completing my academic education, moving to another country, modeling and music. I’m just happy with every step I take.

You’ve mentioned about the importance of doing things with good intentions and consistency. Do you feel you’ve achieved those and what advice would you give the next generation of young creatives in Japan?

I know that not every day is a good day, although you can learn how to transform a bad day into a good day. The first thing I do in the morning is write down my goals for the day. It is important to look at your goals and work towards them in a realistic pace. Even when it does not go according to your plan, it is not a failure, the whole point is that you keep trying, it’s all about trial and error. My advice for young creatives is to use time wisely and productively. Don’t target problems you have no control over, focus your energy into issues that are within your power and give them the attention and best effort they deserve.