Australian Band Shares a Sunny Outlook Ahead of Fuji Rock 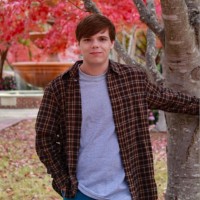 Fuji Rock, Japan’s biggest and boldest music festival, is a familiar stage for the world’s most iconic artists, with such acts as The Cure, The Chemical Brothers, Sia and James Blake headlining this year’s festival at Naeba Ski Resort in Niigata from July 26–28. Joining the other 200 bands on the multiple Fuji Rock stages is the Melbourne-based funk band Sunnyside.

Leading up to their first appearance in Japan, which includes tour dates in Tokyo, Kyoto, Osaka and Nagano, we had a quick chat with Archibald Jacobs, the band’s saxophone player.

So how did you end up coming to Japan?

It’s a bit of a strange story. Last year we played a festival in Mullumbimby and made friends with Japanese funk band Osaka Monaurail. We had such a great time with those guys and thought we should try to get over to Japan. Our bass player Gordon sent them a message, and one of the members had a connection to the festival.

You’ve played several outdoor festivals in Australia, but you’re about to go to the largest music festival in Japan.

We still can’t believe it! It doesn’t quite feel real for us yet. There’s plenty to do before we get there, so we are saving all of our excitement for the moment we arrive. We have been so lucky to play festivals here at home, but this is another level. To rub shoulders with some artists that we love and admire is going to be a dream come true

Artists you admire? Mind telling us more about them?

We can’t forget our friends Osaka Monaurail, without whom none of this would be possible. We are forever grateful to them. They are some of the best performers we know and have been amazing to work with. We can’t wait to play with them again! Some other artists we like are Mitsuki, who came to Australia to play Hopkins Creek festival last year. He was unlike anything we had ever seen; so much talent coming out of Japan!

You guys really like to play music when the weather’s sunny. When the festival pops off, Japan will be right in the middle of its hot season. Are you guys ready for that?

So ready. Australia is so hot and dry that we’ve finished sets covered in dust! After that, we can take on any conditions. Add that to the excitement of playing in a different country at one of the largest festivals in the world, we say “bring it on!”

You’re making a new album at the moment, tell us about it and how will this release differ from others you have done? Can fans at Fuji Rock expect a sneak peek?

Our new album “Momentum” will be structured a bit differently from our previous work. It will be a 6 track album, which might not seem like much, but all of the tracks are 5+ minute journeys. Being a mainly instrumental band means we can create music with a real sense of flow to it. We are also happy to announce the album’s first single, “Coconuts.” It’s dropping soon on all major streaming services, so fans will have plenty of time to enjoy it before hearing it live.

What are you looking forward to doing in Japan? Food, locations, other excursions?

We are going to be so busy with the tour which means we won’t have much time for activities. Obviously, the food is something everyone looks forward to. Many of us want to check out the impressive vinyl record stores around the place. We have heard good things about Nara too (we have to be careful with what we have in our hands though!) It’d be great if any of our fans in Japan could send us recommendations.

What concerns do you have about playing for a Japanese audience?

Japan certainly represents a broad series of challenges for us. The logistics of organizing the shows and making sure our fans in Japan have as much fun as us has been a refreshing challenge. We’re wary of cultural etiquette and language differences, but are excited by the funny stories we are sure will occur. We’re all good at laughing at ourselves and know the people of Japan are beautifully friendly, so we’re only a little cautious.

What have you heard from fans in Japan and how have they reached out to you?

We have received some love through our social media pages where people have expressed their excitement, but since we’re a comparatively smaller band we’re always looking to reach more people. Still, we’ve been blown away by the love we have received so far.

What can the audience at Fuji Rock expect from you guys?

Endless grooves that’ll force ya dancing shoes to fill the floor. We aim to create a loving, inclusive atmosphere where everyone is having a good time. Expect tight improvisation and rhythmic journeys that will take your troubles away, all delivered with a smile.

Find more information about Fuji Rock on our Events listing.