Mr Gay World is an annual international competition for gay men in its 10th year. Not unlike a beauty pageant, contenders from all around the globe compete for the title and use the platform to highlight causes they’re passionate about. Ahead of the 2019 competition, we chat with Shogo Kemmoku, who in 2018 was the first ever Japanese delegate to take the stage.

Why did you apply to be a contender in Mr Gay Japan?

I saw a web article about Mr Gay Japan. They had just started this project in January 2018 and at that time I wasn’t working. Also, I had joined the local gym and saw that in the contract it said, “If you are transgender you cannot use this gym.” I was, like, what’s wrong with transgender people joining a gym? When I lived in Australia I never saw a sentence like that in any similar situation. I thought maybe the Mr Gay Japan project was something I could get involved with and make a difference. That’s why I joined the competition.

“I joined the local gym and saw that in the contract it said, ‘If you are transgender you cannot use this gym'”

How has the response been since you won?

It’s been mainly positive. I’m a really shy person and not outgoing at all. I never imagined myself being on a stage speaking in front of many people. Then suddenly my face was all over the internet and it felt unreal. People started recognizing me as Mr Gay Japan, and I got to meet so many different and interesting people and was influenced by them. That was positive for me. And of course, some people are not so nice about me being a gay role model, but 99 percent of the time people are very supportive. If I keep those people around me, I don’t mind what the others say.

How was the Mr Gay World 2018 Final in South Africa?

It was the best experience I’ve ever had in my life. Meeting with delegates from all over the world, we got to share experiences and information from each country. It was an eye-opening experience. For example, I had never imagined what it was like to be gay in India. And what Mr Gay India shared with us about his experience was completely different from what I’d read in LGBTQ media about India. It’s good to have those connections and we still keep in touch. I went to Thailand and met with Mr Gay Thailand 2018, and he introduced me to the contenders from previous years. They were so kind and positive; it makes me cry when I think about them. They told me that even though in Thailand they can have horrible experiences being gay, they are also positive about it. If I can support them in any way, I will do it. That’s how we all feel; we try to support each other during the competition and forever.

You mentioned in another interview you don’t think it’s important for people to come out. Do you still feel that way?

I still don’t think it’s necessary for sexual minorities to have to come out. It’s a hundred percent their choice if they feel comfortable enough to do it. I disagree with the pressure people get from outside about having to come out just because they’re a sexual minority. To me, my sexuality is not so important that I need to tell everyone. I treat my sexuality like my shoe size. Like, if I tell you my shoe size is 11, it’s like, so what? If someone tells me they’re gay, lesbian or bisexual, I’m like okay, and…? But if I react like that, they feel like they’re not accepted. It’s not that I don’t accept them, it’s more like I want you to tell me something interesting about you as a person. I mean, I haven’t come out to my parents yet or at my job. People always wonder why and say I should come out at home and at work. And I say no, because it’s not up to them to tell me what to do. I’m quite happy with the way things are now. My parents maybe already know because they may have seen the news about Mr Gay Japan, but they haven’t brought it up, so I like to keep it that way.

Where do you feel Japan stands in relation to LGBTQ+ rights?

To me, Japan is accepting when it comes to LGBTQ+ because it’s quite safe on the street, especially in Tokyo. I think a lot of people don’t know how lucky they are here. That’s compared to some countries where being gay is quite dangerous. We do need to work on making LGBTQ+ people more visible, but we also need to appreciate what we’ve got, and what we’ve got is quite valuable. I really appreciate those who have worked for those rights. Now what we can do next is get same-sex marriage and other rights. I think we’re moving in a good direction, especially with other Asian countries moving forward on the LGBTQ+ wave. I think Japan is heading in the same direction. 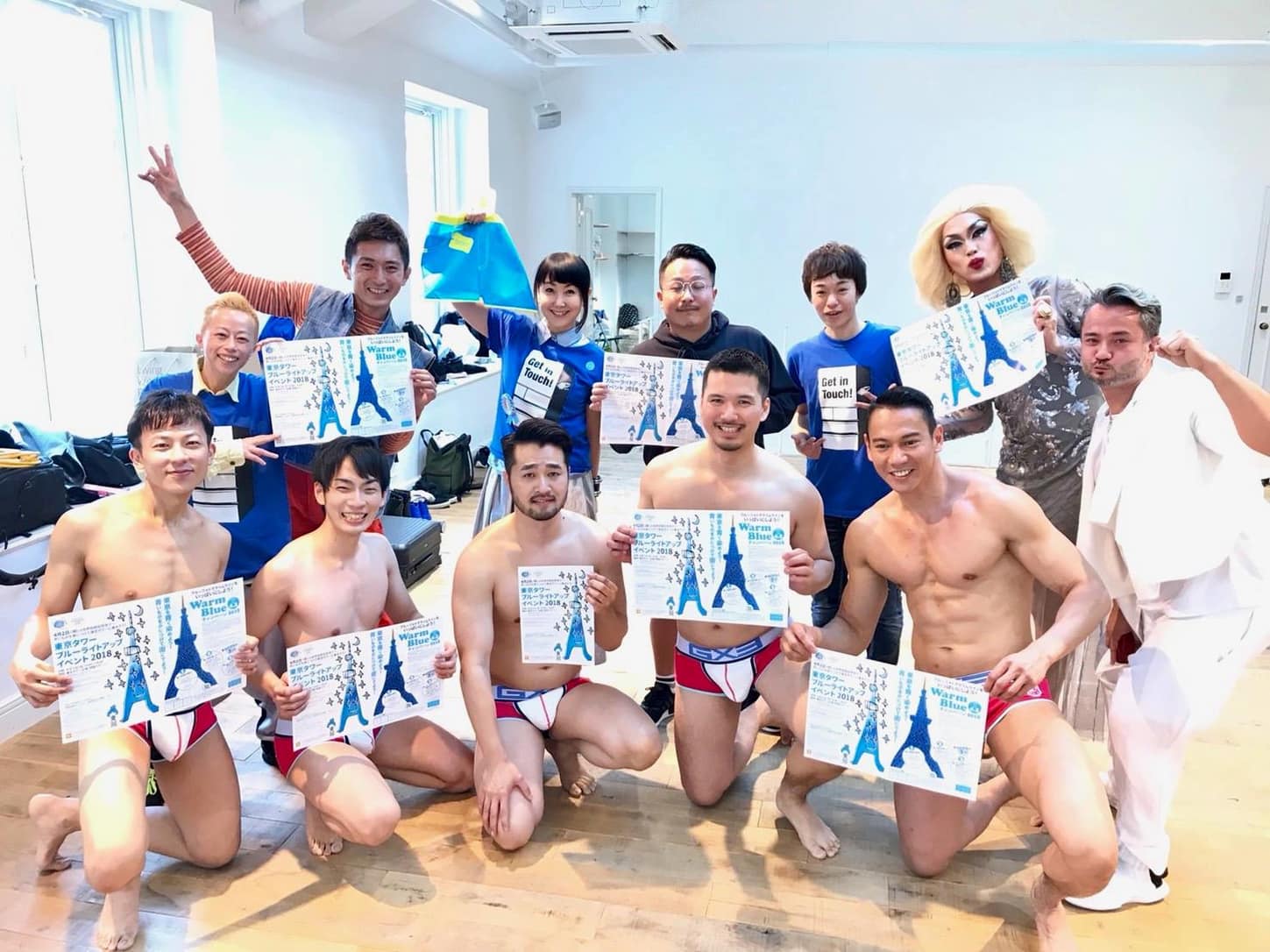 Now that your time as Mr Gay Japan is coming to an end, what’s next?

I’d like to get involved with work on HIV and sexually transmitted diseases. Having that knowledge from Australia, I feel Japan is still a bit behind in terms of sharing this knowledge. Recently I was involved in an HIV-related event. When I talked to people there, most of them told me that, in Japan, a lot of people still think unprotected sexual activity is fine and they don’t know the risks involved. If I could change that and educate them, that would be great.

Where’s the best place to get information regarding the LGBTQ+ community in Tokyo?

I think there is a lot of information on the internet but when it comes to finding the right information for Nichome, it’s really hard to find the latest information. I found out about Akta (akta.jp), a community center in Nichome, and I started going there. They have tons of information about Nichome; not just about bars but information about HIV, STDs and support networks in many languages. That’s the first place to go to – I don’t know what everyone wants to experience, but Akta will have that info.

I also join a monthly event called Not Alone Café, which helps international gay men living in or visiting Tokyo get more information that could be useful for them.

[Ed’s Note] Not Alone Café is a free event on the first Sunday of every month where gay and bisexual men of any nationality and Japanese proficiency level are welcome to get information on STDs, HIV, as well as general help on life in Tokyo. Address: Dragon Men, 2-11-17 Shinjuku, Shinjuku-ku. Website: notalonecafe.com.