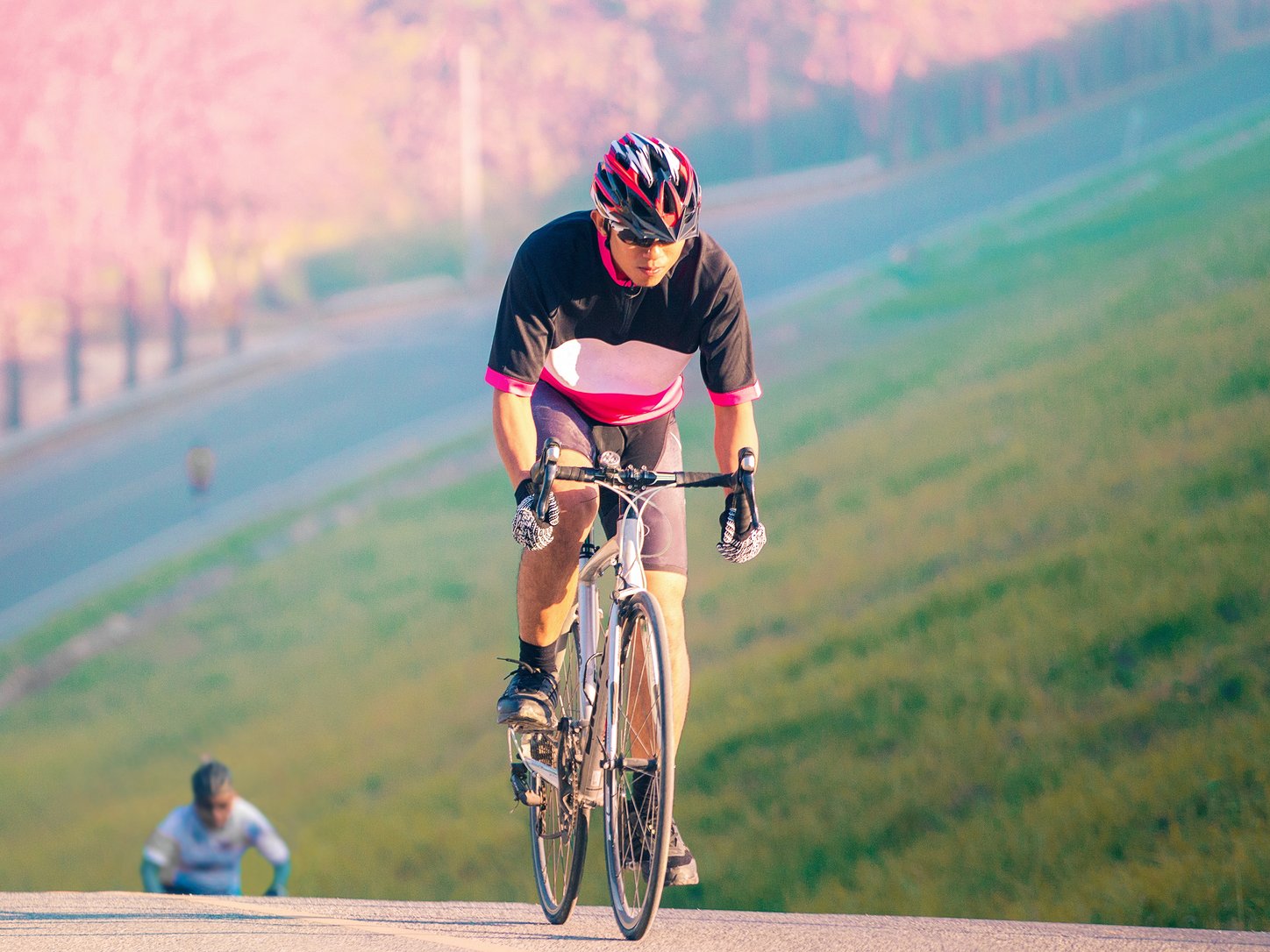 When I first traded in my mamachari – a clunky “mama’s bike” – for a sports bike five years ago, it was one of the best decisions I’ve ever made. I joined a local Tokyo cycling club, and they showed me the best routes and taught me the rules of the road. Our first excursion was along the Arakawa Cycling Road, which I became so fond of that when I moved to Tokyo, I rented an apartment right next to it.

Cycling in Japan opened my eyes up to a whole new side of the country. No longer bound to traveling in overly-packed trains or traffic-bound cars, I was free to explore Japan more deeply, from the concrete jungle of the Tokyo metropolitan area to the calm countryside paths through rice fields. Around 14 percent of Tokyoites travel by bike. If you’d like to join us, then here are five phenomenal routes to try out, all accessible from Tokyo. This is the cycling road where my bike-loving journey began. Arakawa Cycling Road runs next to the Arakawa River, which hugs Tokyo along its north and east sides. To the south, it leads to Tokyo Bay, and to the north, toward Saitama. With over 80 kilometers from one end to the other, you’ll find several gorgeous parks, cute cafés and even a private airport. A true sight to behold is the cherry blossom park, Sakura-tsutsumi Park, in its peak season. Along the way, you can take a quick coffee break at Cafe Via in Saitama City, or if you’re heading south, don’t miss the coastal Kasai Rinkai Park.

Access: Take the JR Line to Akabane Station and head north on Highway 122. When you arrive at the cycling road, turn left for Saitama or right for Tokyo Bay. For more adventurous cyclists and bicycle touring enthusiasts, a great place to explore is Okutama. While Okutama is still technically located in Tokyo, it’s so far west from the city center that it feels like a different place altogether. Strap some panniers on your bike and you can stay at one of the many campgrounds surrounded by beautiful nature. Cyclists can enjoy the stunning woodland area while getting a great workout as the surrounding roads provide challenging hill training.

Access: Take the JR Line to Ome Station (about 1 hour from Shinjuku Station). Upon arrival, turn right onto Route 411 to cycle along the Tama River. If you’re ever free on a Sunday and feeling up for a ride, make your way to the Imperial Palace for a quick 3-kilometer loop sprinkled with a little tourism. Access to the palace is easy from most of Tokyo due to its centralized location. On top of that, the roads around the palace are closed to cars most Sundays, opening up four to five lanes of traffic to cyclists. Because the loop is so short, you can easily customize the duration to suit any fitness level.

Access: Exit Tokyo Station on the west side and continue west until you arrive at the Imperial Palace. To experience more traditional Japan, take a ride through Kamakura and along  Yuigahama Beach. With expansive ocean views from the beachside cycling route to impressive historic locations including Myohonji Temple and Kamakura Daibutsu, this cycling route rivals Kyoto for traditional Japan experiences – and is usually less crowded to boot. On top of temples, shrines and traditional gardens, you can also drop by the Kamakura Shopping Street for a quick shopping spree.

Access: From JR Kamakura Station, head south for Yuigahama Beach or west for the Kamakura Daibutsu. Continue west along the beach for a beautiful ocean view.

If the magical woodland area around Tama Lake seems familiar, that’s because it inspired the setting for the famous Miyazaki film My Neighbor Totoro. In just 10 kilometers, you can cycle around this stunning lake which boasts some of the most beautiful cherry blossoms in spring, and on a clear day you might even be lucky enough to see Mount Fuji.

How To Get Your Bike There

While bike rentals can be found nearby some of these locations, it’s also possible to bring your bike via train. Some train lines allow you to bring your bike aboard as long as it’s completely covered in a bike bag, most famously JR East. However, the rules vary and some lines don’t allow any bikes on board, others don’t require a bike bag and others have time restrictions for when it’s allowed. Please check the rules for any train lines you’ll be using ahead of time, and also avoid high-traffic hours.

To ensure a safe bike ride, please observe Japan traffic laws. This includes having a front bike light on after dark, riding on the left side of the road and never drinking and riding. For more information on biking rules, please check here.

You’ll be sure to have a great time cycling in Japan following the rules of the road. So many gems are missed in transit when we ride on trains or cars, but on a bike we can discover so much more about this beautiful country. Happy cycling!