This year saw the third installment of the annual Tokyo Comic Con. Held in Makuhari Messe, Chiba, the convention of all things related to pop culture, technology, and entertainment is something of a grandchild of the famous San Diego Comic Con. The American version, which attracts hundreds of thousands of visitors every year, eventually got so big that it inspired the Silicon Valley Comic Con, co-founded by Apple’s very own Steve “Woz” Wozniak. Eventually, Woz floated the idea of a Tokyo version of the geek convention, and after getting Japan and the legendary Stan Lee on board, the Tokyo Comic Con was officially a go. In 2018, it was held over three days, from November 30 to December 2, and if you weren’t able to attend it, here’s what you’ve missed: The convention floor was absolutely packed with diehard fans showing off a wide range of eye-catching, homemade costumes. You had superheroes and supervillains, characters from Star Wars, anime, and Harry Potter, and even a few costumes from shows you’d think were mostly unheard of in Japan like Gravity Falls. There were so many of them that the cosplay events had to be divided into specific subcategories like Marvel and DC, etc. Of course, to some, cosplay was much more than just casual fun, as there were some big prizes to be won at the Tokyo Comic Con Cosplay Championship.

Previous installments of the TCC included appearances from such geek icons as Nathan Fillion, Mads Mikkelsen, Karl Urban, and the late Stan Lee himself. This year also didn’t disappoint. On the very first day, the convention’s main stage hosted, among others, James and Oliver Phelps (Harry Potter films), RoboCop himself Peter Weller, Ezra Miller (Justice League, Fantastic Beasts), and Tom “Loki” Hiddleston. Meet and greet sessions with the celebrities were available for a price of about ¥12,000 to ¥15,000 each – ¥28,000 for Hiddleston.

That’s why the artist alley was a much better place to meet your favorite artists and buy their original art. This included David Angelo Roman, the current cover artist for Rick and Morty comic books, veteran DC and Marvel artist Ryan Benjamin, Luke McGarry of Sad Chewie fame, Irene Strychalski (Gwenpool, among others), and many, many more. A Battle Between DC And Marvel

At first glance, roughly half of the convention floor seemed to be dedicated to two gigantic shopping areas, which were more like mini-cities, operated by DC and Marvel. DC was primarily pushing the upcoming Aquaman movie while also showcasing a lot of their Batman merchandise. Marvel, on the other hand, was all about the Avengers and Disney’s other massive cash cow: Star Wars. In the battle between the two comic book publishers, the only real losers were the smaller booths and exhibitions in the two giants’ shadow. Some Of The Most Iconic Vehicles In Movie History

If you were to walk beside the Tokyo Comic Con’s Harley-Davidson exhibit, you probably wouldn’t think much about it. But a closer look at the legend posted behind it revealed that one of the bikes they were showing off was THE “Fat Boy” used by Arnold Schwarzenegger in Terminator 2. Then, close by, you could also see the actual DeLorean from Back to the Future, Mr. Bean’s famous Mini 1000, and even KITT from Knight Rider. The actual bus from Speed was also supposed to make an appearance but unfortunately it couldn’t make it due to a shipping delay. 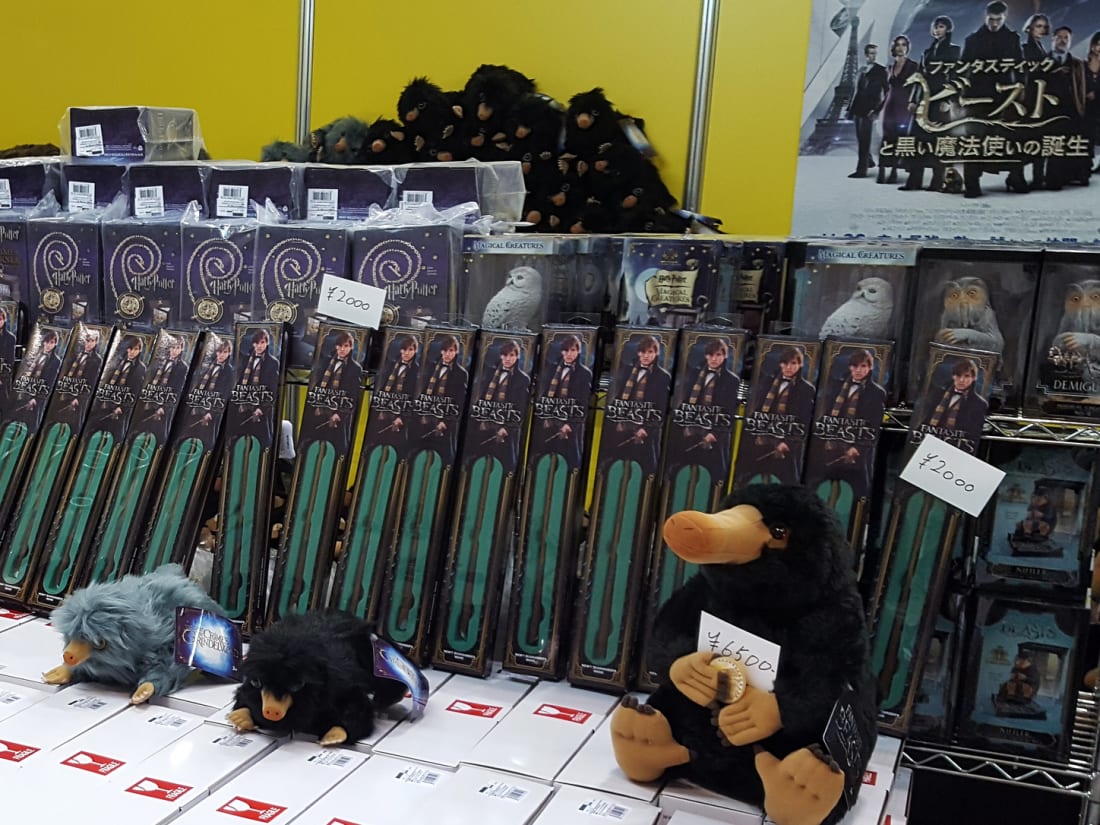 Every Kind Of Geek Merchandise You Could Think Of

From comic books to DVDs, props, mugs, toys, badges, hats, shirts, spoons, pens, stickers and many more, it seemed like there was nothing comic book or geek-themed that you could not buy at the Tokyo Comic Con. A further walk through the convention floor only proved that hypothesis. For one, how about Marvel luggage featuring the logos and likenesses of Spider-Man, Captain America, the Hulk, and all the other Avengers? Or maybe you’ve always wanted adult pajama onesies in the shape of the EVA Units from Evangelion, or Godzilla, or Aggretsuko, or Cthulhu? If you can imagine it, chances are that it was on sale at the TCC.