Under the slogan, “Hope Lights Our Way,” the Tokyo 2020 Olympic torch relay will commence from Fukushima on March 26, 2020, to showcase solidarity with the regions still recovering from the 2011 earthquake and tsunami.

The Tokyo Organising Committee of the Olympic and Paralympic Games (Tokyo 2020) announced Thursday the torch will traverse Japan for a total of 121 days, starting in Fukushima Prefecture and then heading southwards. The torch is likely to traverse the inland prefectures of central Japan in early April against the backdrop of Japan’s famous cherry blossoms. The Relay will then proceed southwest until it reaches the islands of Okinawa in early May.

It will make its way back up to the north of the country, passing through Kyoto in late May, all the way up to Hokkaido, where it will arrive in mid-June. The Relay will then turn southwards again and complete its long journey in Tokyo.

The precise route of the relay will be announced in 2019, following approval by the IOC. The date and the place of the Olympic Flame’s arrival from Greece will also be announced on a later date. 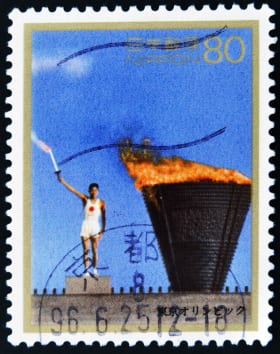 During the 1964 Tokyo Olympics, the torch relay started in Okinawa before landing in Kyushu. The relay then crossed Japan along four different paths. On October 9 the four flames were reunited in one cauldron in the square outside the Imperial Palace.

The following day the torch was carried to the National Stadium, where the final cauldron was lit by Yoshinori Sakai, a Waseda University runner who was born in Hiroshima on the day the atomic bomb was dropped.