Japanese people sure do seem to love food. They certainly consume enough of it, what with the country being a) one of the biggest meat importers in the world, and b) the birthplace of the Giga Big Mac, which is almost three times the size of the regular Big Mac. But can you really say a country loves food if it has a profession known as “food fighters”? Yes, you can, because that’s just the Japanese term for competitive eaters. 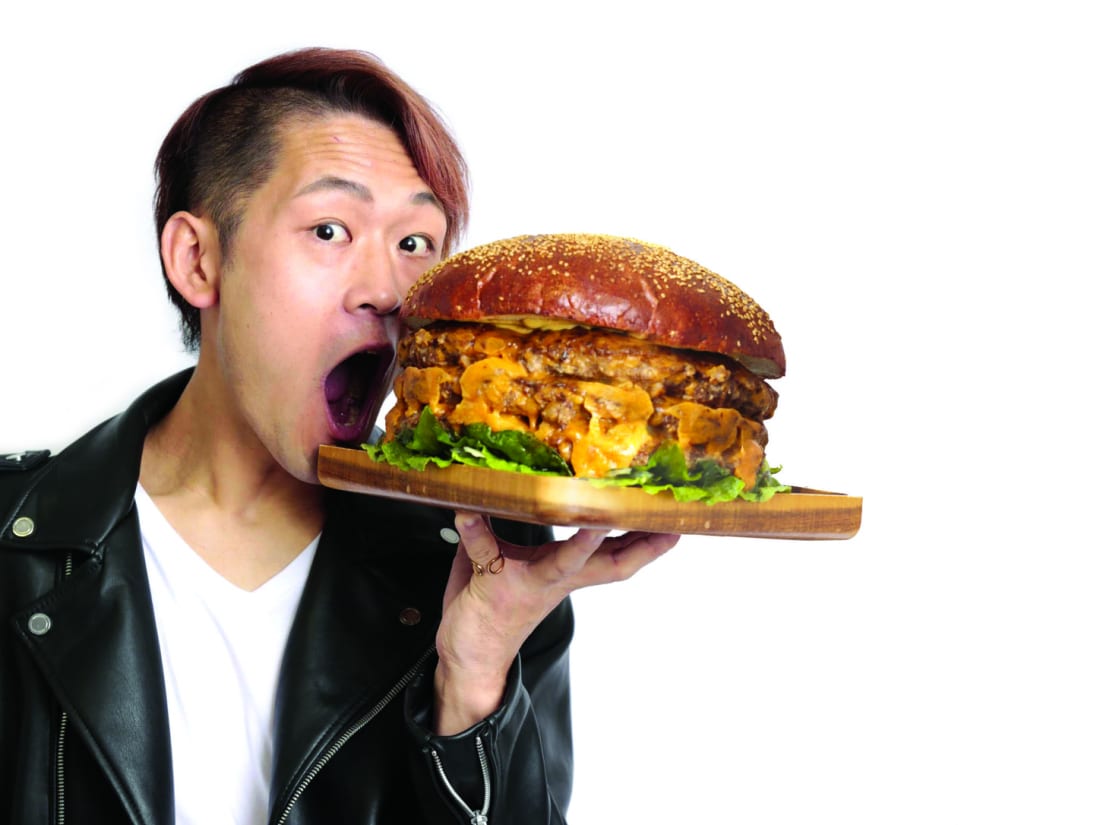 I reached out to one of Japan’s more popular food fighters, Max Suzuki, to learn more about the world of Japanese competitive eating. One of the first things I discovered is that you apparently don’t get into competitive eating because you like food. “I don’t taste anything during a challenge,” Suzuki explains, “If you put a big plate of vegetable stir-fry in front of me and tell me to eat it in under 45 minutes, all I will be thinking about is stuffing it into my stomach in the allotted time. I’ll only be worried about my technique … You don’t really think of the meal in terms of good or bad. Only hot and cold.”

Food temperature is an important factor for competitive eaters. In Japan, there are a lot of challenges with ramen, curry, and other piping hot dishes, which Suzuki is more than familiar with: “I’m Japanese so I think rice is my specialty. That and noodles. I once ate 10kg of ramen. I don’t think I will ever forget that.” The problem is that ingesting all that hot food basically steams your insides, which might get very uncomfortable, and the last thing a food fighter needs during a competition is a distraction.

So far, the biggest obstacle for Suzuki was getting used to bread and meat. Japanese people nowadays do eat more of these foods than in the past, but for many they still aren’t dietary staples. Suzuki elaborates: “The hardest meal I ever had to eat was a five-kilogram hamburger. That was difficult.”

Another problem Suzuki encounters is jaw pain, which can radiate as far as his temples. But he always manages to push through it because he sees himself as an athlete (a food athlete, but still). On the other hand, he says vomiting has never been an issue for him because most Japanese eating competitions aren’t about speed. They are about volume, and they allow food fighters to take their time with the monstrous amounts of food. “Maybe because Japan really doesn’t like messy eating, volume eating is more popular here?” Suzuki speculates.

That’s one possible reason why speed eating isn’t very popular in Japan. The other is that, according to Suzuki, “speed eating and volume eating are very different things. A lot of volume eaters can’t do speed eating. It’s on a whole other level.” Another level that, incidentally, Suzuki has been trying to reach for some time now. “I have my eyes set on Nathan’s Hot Dog Eating Contest,” the famous American competitive eating competition dominated in the past by the legendary Takeru Kobayashi. “All the greats, like Joey Chestnut or Kobayashi, participate in it. My main goal right now is to be better than them.”

Why does Suzuki have his eyes set on the West rather than Japan? Because there is no food fighter league in Japan. “We don’t really have a place to show off our skills,” he says. So Suzuki is currently training for Nathan’s Hot Dog Eating Contest, after which he might take his talents to Europe, Australia, and China. At the same time, he’s also getting regular health checkups every six months to make sure his body remains in peak physical condition, and so far, the only problem he’s encountered was having to explain to his doctor what exactly a food fighter is.