Where to Go Canyoning, Hiking, Skateboarding, SUP, and Cycling

Make the most of the great outdoors with our roundup of some of the best places to go hiking, cycling, skateboarding, stand up paddleboarding, and canyoning – all recommended by locals in the know.

A little easier to get started with than traditional surfing, stand up paddleboarding (SUP) lets riders catch waves while remaining vertical. Splash Guest House’s (www.splashguesthouse.com) Dane Gillett was radical enough to let us in on his favorite Chiba spots.

Hebara Beach, Katsuura
“Hebara Beach is a golden sanded beach with clear blue water. About 15 kilometers up and down the coast there are more than 15 different bays, and plenty of them are perfect for SUP.”

Ubara and Moriya Beaches
“Ubara and Moriya beaches are ranked among the top 50 nicest beaches in Japan. Both of them are horse-shoe shaped bays with clean white sand and beautiful green water. Both of these beaches can break in the waist to shoulder high range when conditions are right.” 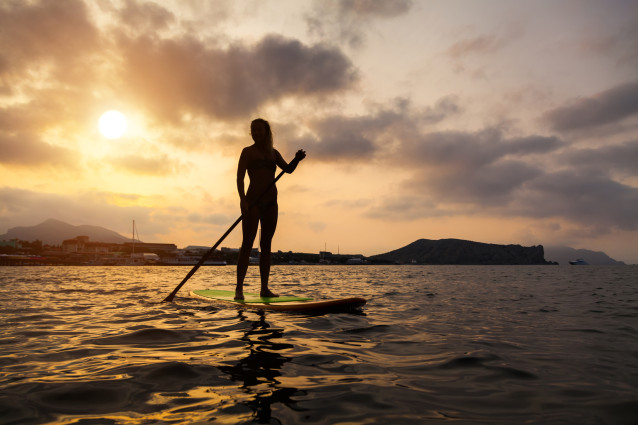 As Kieren McNamara, owner of Tenjin Lodge (www.tenjinlodge.com) in Minakami, Gunma Prefecture, explained, the hybrid sport is “a refreshing adventure” that combines mountaineering skills with the built-in feeling of jumping in an ice-cool mountain stream. These are a few of his favorite places:

Close to Home
“There are two separate canyons within five minutes’ walk of Tenjin Lodge including one which passes right underneath the lodge and I jump in as often as possible during summer.”

Crazy Like a Fox
“In my opinion, though, the most exciting canyon in Minakami is Fox Canyon. It involves an 18m waterfall, lots of natural beauty and plenty of thrills.” Ride to Odaiba
“There are only a few routes one can take to get to this man-made island, but mine usually entails passing Shiba-koen, Hamamatsucho and Shibaura, and then walking along Rainbow Bridge with my bike in tow. On my way back I usually pass by Harumi Terminal. It’s always a pleasure cycling next to water.”

Ride to Ryogoku
“I usually cycle through Aoyama Cemetery via Nogizaka Tunnel, which takes me into Akasaka. From there it’s Toranomon, a quick drop into Shinbashi, Hibiya/Ginza, and then Marunouchi. Then I head toward Nihonbashi, Kiyosumi Shirakawa and Morishita before arriving in Ryogoku. There is so much to discover on the east side of Tokyo, and on weekend evenings the roads are less busy.”

Ride to the Tama River
“A straightforward ride from Ebisu following the 416 road will take you through the neighborhoods of Nakameguro and Gakugei-daigaku, which boast lots of wonderful treats like the izakaya Ban. A bit further along the 416, you’ll pass by pretty Komazawa Park. The Futako Tamagawa area is also a treat to navigate.”

The “Hiking in Japan” group on Facebook (tinyurl.com/japanhiking) is a great place to get detailed advice about trails around the country. Two of their members (we’ll keep their names private) told us about their favorite lesser-known trails.

Ryogamisan in Saitama
“From Tokyo you’d have to take the train to Chichibu Station and then a bus to the trailhead, so it’s a long go. But the hike to the summit is about three hours or so and it’s a beautiful ascent up through green forest, passing a ravine with red chert. There’s a small lodge where you can rest and above that a shrine. The summit is a rocky ridge jutting through the trees.”

Murayama in Saitama
“A really nice hike that I’ve done twice is by Ashigakubo station on the Seibu-Ikebukuro line. Very convenient from Ikebukuro but not very crowded.” After you’ve finished the hike, look around for an extremely long slide that’s been set up in the town of Yokoze, just for fun: tinyurl.com/murayamahike With skateboarding being included in the Tokyo 2020 Olympics, and Japanese female skateboarder Kisa Nakamura winning a gold medal at the X Games Austin, the sport is a hot topic at the moment. We asked Nakamura to recommend her top skating spot in Tokyo and she said, without hesitation, Murasaki Park (tinyurl.com/TWmurasaki). Said to be the biggest indoor park in Kanto, this is a stomping ground for many up-and-coming skaters. Handrails, flat banks, ledges … It’s got plenty to keep you stoked and, if you’re feeling brave enough, a 14 ft vert ramp outside. For three more top spots, we asked Kev Mullin, a local skateboarder and founder of clothing label Strangers, to tell us where he gets his fix:

Miyashita Nike Park
“This downtown Shibuya skate park was designed by Bones Brigade legend Lance Mountain, and is a regular stop in for traveling pros. It has a unique bowl and purposely built real ‘street’ obstacles.” tinyurl.com/TWmiyashita-park

Komazawa Skate Park
“Revamped in April 2016, this park is host to three mini ramps from beginner size up to ripper status. An adjacent street course and the surrounding greenery makes it a great locals’ hookup spot.” tinyurl.com/TWkomazawa-park

Tobuki Sports Park (aka Planet Park)
“Although an hour bus ride from the Hachioji Station, this is a huge park consisting of a giant snake run on one side and a massive street course on the other. Ask any skater: it’s well worth the trip.” www.tobuki-sp.jp/english.html