Facing Forward: Saeko is Back in the Spotlight

Between motherhood, fashion shoots, and a return to TV, Saeko simply doesn’t have time for the critics.

Actress and one of the country’s more recognizable fashion models, Saeko began her career in the entertainment industry at the age of 14. At first she dreamed of playing male roles in the all-female Takarazuka Revue. Considered too small for that, she decided to head to Tokyo, where she started applying for more mainstream roles and soon made a name for herself thanks to appearances in movies like “One Missed Call” and “Nana.” 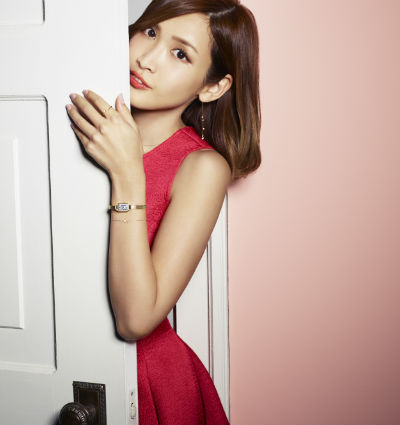 Major fashion labels also began taking notice as Saeko’s focus switched from acting to modeling when she turned 20. After giving birth to her first child in 2008 the Miyazaki-born star decided to take an indefinite break from TV and movies, but continued to feature in magazines for brands like Peach John and Samantha Tiara.

After a more than eight-year hiatus, the 29-year-old mother of two recently made her return to the small screen in Fuji TV’s popular romantic drama, “5-ji Kara 9-ji Made: Watashi ni Koi Shita Obosan.” We met with her between shoots for the show to hear her speak about a variety of topics, including her insecurities, stretch marks, and her thoughts on those Internet critics.

It’s been a while since your last drama. Why did you decide to come back now?

Both of my sons finished their entrance exams so they are now at school until 4 pm. This has given me a bit more freedom. For the last eight and a half years I’ve wanted to spend as much time with them as possible, so that meant staying away from TV and only working with magazines as they are much more flexible. Managing a work-life balance as a single parent can be tough and I couldn’t have managed it without a strong support network.

Has it been difficult getting back into the swing of things?

Well I finally started getting used to acting again and now we only have two episodes left (laughs). I prefer doing magazine work these days, but it has been a lot of fun. I love that feeling of making something together as a group and receiving feedback from a large audience. Also with this series the producers told me to create my own style for the character with clothes the viewer could purchase. I really appreciated that and have been making sure everything is available online for those people who don’t live in Tokyo.

You’ve also been designing your own jewelry for Samantha Tiara. How’s that been going?

I hadn’t made jewelry before so it has required a lot of time, effort and determination. If I’m not in love with the product I don’t want to sell it and I’m not prepared to compromise on that. Honestly I know many cases where celebrities just let brands use their name to advertise anything. I’ll never do that. I’m aware when I recommend something people will buy it because they trust me and I don’t want to betray them. I take full responsibility for goods I sell or recommend and that’s always been my approach. I won’t lie or sell my soul for money.

It sounds like you greatly value your fans’ feedback. How do you deal with negative comments?

I know there’s untrue gossip about me and people who don’t like me, but my policy is never to react or refute what’s being said. I have a strong bond with my fans and believe they understand me so that’s enough. I’m used to the negativity and can tell the difference between constructive criticism and mere insults. Yes it hurts sometimes, but when I see my kids, I instantly remember that there are more important things to worry about. 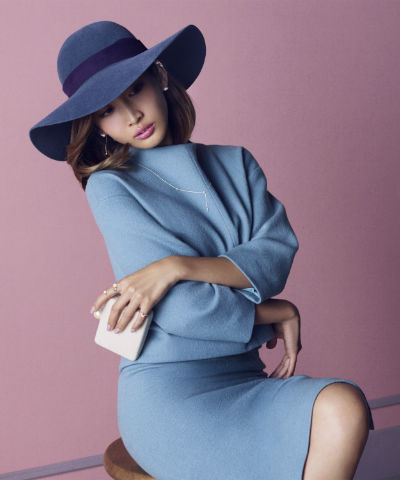 What do you think are some of the biggest challenges that mothers have to face in Japan?

When I was small, there were always relatives or neighbors around, whereas these days it feels like nobody’s there to help so you have to do everything on your own. This is especially true in Tokyo. I think modern society’s not mother-friendly and even less so for those mothers without husbands. Private schools won’t take my kids because I’m a single mum. I therefore decided to send them to an international school. It’s normal for them to hang out with children of different races and religions, which is great as it can help them become more open-minded. Personally I feel Japan places great value on conformity, where everyone thinks the same. I also believe the education system here ignores processes and only gives you answers. I didn’t agree with this growing up so I wanted my boys to experience something different.

What advice would you give to future moms?

Things won’t go exactly as you want, but that’s okay because it won’t last forever. I always strive for perfection, but with kids it’s impossible. Your children become the center of your world and suddenly you’re the supporting role. There will be things that are out of your control, but sometimes you have to just go with the flow.

How did you get your body back in shape after being pregnant?

I’m not going to sit here and pretend I didn’t do anything or that I’m just like this. I worked very hard to get back into shape; lots of exercise, going to bed early, waking up early, drinking lots of water, eating well, taking baths, never going to sleep with makeup on… It sounds very simple but it’s difficult continuously doing these things when you have kids. My breasts have sagged a bit but I think it makes me look better in some clothes like U-neck shirts. I’ve also got stretch marks but I treat them as my medals. I think positivity is the key.

Do companies try to Photoshop your pictures?

Yes they do, but I always check my photos before they go out and ask them not to. One time they touched my bellybutton and made it look completely different. I think it was because it changed its shape after I gave birth. I told them to put it back as it was because I have no problem with it. I want to keep the images as authentic as possible. I never want to look plastic.

Is there anything you personally feel insecure about?

I hated my voice when I was small. At elementary school kids made fun of me saying it was like an animation character. Some thought I was deliberately putting it on to sound cute. I then started working and people said they could easily identify me even when they weren’t looking at their TV screens! Others told me it was attractive and I’ve grown to love it over time. It’s a similar situation with my height. I used to feel insecure about being short, but many girls in Japan can relate to me because of this so I’ve learned to embrace it. I do feel uncomfortable when people refer to me as a model, though. For me that title should just be for those women on the runways. I’m completely different from them.

Looking ahead do you have any goals or resolutions for 2016?

My kids speak English now so I need to improve too. I’ve not really been seeing my fans in person so I hope to change that. I’ve been avoiding event appearances because that would mean I’m advertising something they might feel obliged to buy. I’m therefore interested in planning an event where I can meet fans without them having to spend lots of money. Also once the TV series ends I want to become more involved in social issues. There are many single mothers that are struggling in Japan with one in six children said to be in poverty. Being a single mum myself it’s a problem that I’ve taken to heart. So next year my goal is to find a good balance between my work and my interests.