In the midst of her return to the prime-time limelight, versatile actress Erika Sawajiri talks about the personal growth that has led her to the next stage in her career.

One of Japan’s most well-known actresses, Erika Sawajiri has received quite a bit of bad press over the past few years. The 28-year-old, currently starring in the popular Wednesday night drama First Class, has at times been portrayed by the media as an aloof character who can be difficult to deal with; yet when Weekender met up with her at Fuji Television studios in Odaiba, we found the opposite to be true. A delectable young lady, she came across as self-assured but easygoing at the same time.

The Life of a Celebrity

“I know it might sound a little clichéd, but I really am just a normal girl,” she tells us. “For this current drama—First Class—I wear these designer clothes and it’s all very glittering; however, when filming is done I like nothing more than going home, taking off my make-up, slipping into something comfortable and doing everyday things like cooking, going to the supermarket, eating nabe with friends, and taking care of my dog.” “Of course there are times when I go out and party when I’m celebrating a birthday or something; that isn’t so often though. I don’t lead such a glamorous celebrity lifestyle. My daily routine doesn’t change that much.”

Whilst Sawajiri’s private life may be fairly typical, her public one has been anything but ordinary. She quickly made a name for herself in the entertainment industry following her television debut in the series Hotman at the age of just 16. Accolades soon followed: in 2005 she won three best newcomer awards after playing Kyung-ja Lee in the teen flick Break Through. That same year she won her first lead role in Fuji TV’s heartwarming drama One Litre of Tears. Playing Aya Ikeuchi, a young girl suffering from the intractable disease, spinocerebellar degeneration (SCD), she gave an incredibly convincing performance and was soon earmarked as one of the country’s brightest young acting talents.

Her reputation was damaged two years later, though, at a press conference for the movie Closed Note. Asked about her favorite scene and what it was like baking cookies for the director, she responded to the questions with the words “Toku ni nai,” and “Betsu ni,”—basically stating that she didn’t really care and had nothing in particular to say. Looking disinterested throughout, she was heavily criticized by the press and fans alike.

Subsequently painted as a diva, the Tokyo born star was christened with the nickname “Erika-sama.” She has managed to rebuild her reputation since; yet seven years on many people continue to judge her harshly because of “that press conference.” It may seem a little absurd to condemn her for a little bit of petulance when she was younger, but that is one of the pitfalls of being in the public eye: negative press seems to live much longer in the memory. Sawajiri has, however, moved on and prefers not to talk about it anymore, instead she’d rather focus on the positive changes that have taken place in her life over the past decade or so. 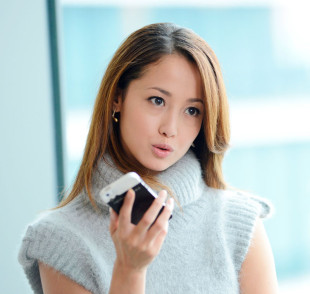 “I am a completely different person to the one that started out in the industry nine years ago,” she says. “Back then I did things my way, often ignoring the views of those around me. As you’d expect I’ve matured a lot since, especially over the last twelve months. I’m still quite independent in my private life, but when it comes to work I’m much more open-minded, I’ve finally realized how important it is to take into consideration the opinions of others.”

Sawajiri’s change in attitude appears to have helped steer her career back on track. Between 2007 and 2011 there was a great deal of interest in what was going on in her life away from the camera, but very little was seen of her either on the big screen or on mainstream TV. Over the past couple of years that has started to change. Doing what she does best, she is once again in the news for the right reasons.

In 2012 she was given the lead role in Mika Ninagawa’s colorful yet dark film about a declining actress with a scandalous secret, entitled Helter Skelter. Viewed as her big comeback, Sawajiri’s character is a Japanese superstar who stops at nothing to ensure she remains in the spotlight, even if that means damaging her body. A world away from the cute young girl in One Litre of Tears, she deservedly earned a nomination for the Best Actress Prize at the 36th Japan Academy Awards. It was a stellar performance from the elegant star who gave audiences a reminder of her terrific acting ability.

So much is made of her intoxicating beauty and past indiscretions it can be easy to forget that Sawajiri is an accomplished and versatile actress, capable of playing a range of roles. She can be cute, sexy, naïve and bitchy, personality traits that are all evident in her latest character Chinami Yoshinari: the heroine of Fuji TV’s Wednesday night drama First Class.

A story about an ambitious young woman trying to work her way up in what is an extremely competitive and ruthless all-female working environment, the first season proved a massive hit. Focusing on a fictional magazine called First Class, it aired for the first time this spring and had healthy viewing figures from the start. The final episode garnered an audience rating of 10.3%: a record for a late-night Saturday drama on Fuji TV. Almost immediately it was commissioned for a follow-up series in autumn, the fastest a TV drama on that channel has ever been renewed for a second season.

“I think the first thing people are drawn to about this program, particularly females, is the fashion element.” Sawajiri says. “Women never tire of seeing great clothes and in First Class there are all kinds of outfits on show with each cast member bringing her own individual style. Some of the Fall/Winter collections in Season Two look amazing. “Behind that there is a very serious, intriguing story showing the darker side of the fashion world: the deceit and backstabbing that goes on. I was drawn to the script right away. I’ve never played anyone like Chinami before. She started out selling buttons in a fabric shop and on the surface seemed like quite a straightforward girl, easy to walk over. As the plot develops, however, you see a different side to her, she has an inner strength that becomes more and more evident throughout both seasons. No matter what happens to her, she’s constantly looking forward. She hates losing and refuses to give in when things are going badly. In that sense I think we are quite similar.”

Now a fashion designer, Chinami faces a whole host of new obstacles and challenges in the latest series, which began in mid-October. Moved to the 10 pm slot on Wednesday nights, it is the first time Sawajiri has played a major role in prime-time drama (Weekdays between 7 pm and 10 pm) for eight years. Something tells us she’s not going to be waiting so long for her next opportunity.