Neil Barrett has one of the most stylish boutiques in Aoyama. We met the man from London who came to Tokyo via Paris and Milan.

Known for his minimalist designs with a cool twist, Neil Barrett is one of the most exciting designers to come out of the UK for years. Spotted by Maurizio Gucci while studying at the Royal College of Art in London, Barrett earned quite a reputation in the fashion industry after moving to Italy in the early nineties and has seen it grow ever since.

Following five successful years with Gucci he launched Prada’s first designer menswear collection in 1995 before branching out on his own in 1999. He has gone on to make clothes for some of the world’s biggest stars, including Brad Pitt, Orlando Bloom, Chris Martin and Justin Timberlake. His crowning achievement, he says, came in 2006 when the Italian team won the World Cup in shirts he designed.

“I was so proud and elated that night,” he tells Weekender. “It was so impressive actually being in the Berlin stadium for the World Cup Final. I was surrounded by a majority of Germans of course (being the host country) and I was sitting with the President of Puma International, Jochen Zeitz (Barrett collaborated with Puma to produce the kit).

There were tens of thousands of Italian supporters wearing t-shirts with my name written on the outside – not bad for a Brit who has chosen to base his company out of Italy,” Barrett jokes, “It is a place I have always believed in as a source of extreme talent in artisans and food and this put football back high on the list.” 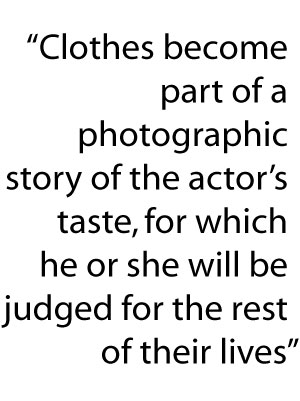 Living in Milan, he clearly has a lot of affection for his adopted country but at the same time has never forgotten his roots. A fourth generation tailor, his ability to combine traditional aspects of British tailoring with Italian artistic flair that had made him stand out as a designer.

He describes his style as “chic, utilitarian and with great attention to detailing, fabric development and fit, ideal for fashion-conscience clients who want to look and feel great without a logo.” It would seem that a high number of A-list celebrities fit that category.

The likes of Jake Gyllenhaal, Ewan McGregor and Colin Firth are often seen at showbiz parties in Neil Barrett attire, while Brad Pitt was the first celeb to wear one of his ‘hand aged’ leather jackets, now seen as the signature piece. Barrett launched his womenswear collection in 2006 and soon had stars such as Madonna and Angelina Jolie queuing up to be seen in.

Whilst his designs for all individuals are “based on the same criteria,” he does acknowledge that there is added pressure when making clothes for someone in the public eye. “The difference with an actor for example is that their clothes become part of a photographic story of the actor’s taste, for which he or she will be judged for the rest of their lives. We mortals are not judged in retrospect by these harsh or positive opinions.”

Celebrities know that when they step out in something made by Neil Barrett, the feedback is likely to be positive; the ‘effortlessly cool’ look has proved to be a real hit with the critics. He has also won praise for the way he runs the business.

Akiko Kaneko, CEO of A.KA Tokyo, describes Barrett as “an intelligent, open-minded individual who, unlike many designers, is prepared to listen to the opinions of others.”

Ultimately though, all the major decisions are made by Barrett and more often than not he gets it right. His choice of Dame Zaha Hadid to design the flagship store in Tokyo was certainly one of his most inspired.

Winner of the 2004 Pritker prize and one of the world’s most decorated architects, she has created one of the most beautifully arranged shops in Tokyo. Located in the trendy Minami-Aoyama district, it perfectly reflects Barrett’s minimal, understated approach to fashion.

Clearly delighted by what Hadid has produced, he has called upon her again to design his mono-brand stores in Shanghai and Beijing, due to open at the end of the year. The company is also working on a number of other projects, including the womenswear summer collection and the building of a new Milan headquarters, which he describes as “a 6000m2 ex national electricity school from the 1930s, quite a special place for the world of Neil Barrett to be housed.”

It will undoubtedly look amazing, as anything associated with Neil Barrett naturally does.