Are you fed up of bad spelling and grammar? Nick Adams is. Here, he gives us an orthographic history lesson, shares some thoughts on today’s grammatical problems and tells us some of his fears for the future.

Last year, I began frequenting a cafe just opposite Tokyo MidTown with my wife. The cafe in question happens to stock a fair number of English newspapers, including international versions of US papers and some of the Japanese offerings in English.

A few weeks ago, after encouragement from my wife, I started reading them. Much to my surprise, I found them riddled with mistakes! “Report” spelled as “repor” on the front page of one, the fictional tense “was been drived” in another and all frequently featured use of the Oxford comma – a crutch invented for the grammatically handicapped.

Eye have a spelling chequer,
It came with my Pea Sea. 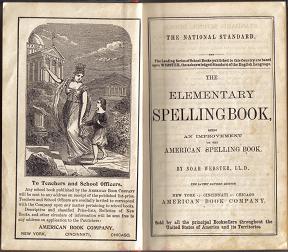 It plane lee marks four my revue
Miss Steaks I can knot sea.

Eye strike the quays and type a whirred
And weight four it two say
Weather eye am write oar wrong
It tells me straight a weigh.

Eye ran this poem threw it,
Your shore real glad two no.
Its vary polished in its weigh.
My chequer tolled me sew.

A chequer is a bless thing,
It freeze yew lodes of thyme.
It helps me right all stiles of righting,
And aides me when eye rime.

Each frays come posed up on my screen
Eye trussed too bee a joule.
The chequer pours o’er every word
Two cheque sum spelling rule.

The spell checker, or spelling validator as it was then, celebrates its 55th birthday this year and its sibling, the grammar checker, is now in its 40s. Despite nearly a century of development between them, few are able to spot all the mistakes in the above poem originally written by Jerrold H. Zar in 1992. Not that that seems to matter any more.

Over the last few decades, the English language has enjoyed a plethora of colloquialisms becoming mainstream vocabulary and some eventually entering dictionaries, thus rendering them official. If we wind the clock back twenty years or so, how many mails were you shooting? How many people’s bases were you touching? How many people had you owned? If you are anything like me, very few, I would imagine.

Diversification of the language is not necessarily a bad thing. British English and American English sometimes have simple reasons for their differences. One of my favourite differences is aluminium vs aluminum. At a time when very little of it was entering the US, a certain Irish clerk, whose job was to catalogue invoices and deliveries, misspelt it without the last “i”. Along the delivery line, people copied the spelling, letter for letter, into their ledgers and, over time, the practically national misspelling stuck. Ironically, had a spell checker existed back then, aluminium might be spelled the same world wide.

In the 1900s mistakes in relatively new words, such as the above, were, to a degree, excusable but now we have been given the power of technology to assist us, can we afford to let blunders like this go? For informal writing, especially those with crippling character limits such as SMS and Twitter, I believe that we have little option if you have anything of interest that you wish to cram into such a tiny space. When it comes to company email, both internal and, to a large extent, external email rarely seem to see a spell checker these days. Of course, in the modern world, the speed of communication is often critical to the business and a typo filled email that conveys an important message right on time is perfectly acceptable. 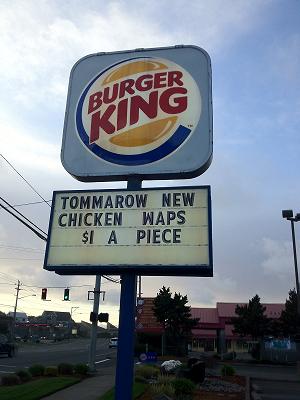 So where should we pay attention to spelling, punctuation and grammar? From searching the internet, there seem to be three places.

1. In an official letter, especially one such as a legal statement. If you are not careful, lawyers can have a field day bending your words to mean something else through advanced grammatical interpretation.

2. When applying for a job. Most employers claim to discard job applications after finding the second mistake and this is, apparently, one of the most common reasons for rejection.

3. When it is your job! Professional writers, journalists and English teachers all have to deal with language on a daily basis so one would assume they should know what they are doing.

The sheer length of my previous sentence shows that I too fail to get it right. There is a saying that “language is merely a tool” and another that “a man is only as sharp as his tools”. I fear that at the current rate, in only a generation or two, many people would have trouble cutting soft butter with theirs.