Teresa West says that her husband has named their stroller, “Big Red.” The name is apropos for the device that holds two of their four children comfortably.  Technically the stroller is the sport model of an increasingly popular brand called phil&teds, which features a design that allows one child to sit underneath the other.  The big advantage is that this streamlines the stroller: it’s tall, but it’s thin.  There is no basket underneath, which is a sacrifice, but the design makes it worthwhile.

“I know of one woman who had a side-by-side double stroller and was denied entrance to an aquarium in Tokyo because her stroller was too wide to push around,” West explains.

West is one of many mothers in Tokyo who have had to do careful research about the best ways to get around Tokyo   with her kids.  West is mother to Ethan, age 9, Jacob, age 7, Autumn, age 4, and Caleb, who is not quite 2.  The West family moved to Tokyo from New York City, so they are no stranger to the complexities of city life.  Tokyo, however, they have found, poses its own particular challenges.

“Everything has to be planned,” West explains, “If we are going out, we have to know the exact route we will take in advance.” Sara Bokwall, a mother of three children, says that she too must carefully plan her day. “I live near Hiroo station,” she says, “but I don’t use it. There’s no elevator or escalator.” Bokwall is mother to Clara, age 8, Maja, age 6, and Hannes, age 2.  Originally hailing from Sweden, Bokwall has been in Tokyo about a year, and brought her stroller with her from home.  “I originally had a bigger one, but that first holiday back, we left it there and bought a more compact model that is better for city life,” she explains. Bokwall takes Hannes everywhere with her and loves exploring, but often walks in lieu of taking a train or a bus.

Manisha Desai, mother of Neal, who is 7 months old, is already on her second stroller.  Initially her priority was having a car seat attachment on a chassis so that she would not have to pull a sleeping baby out of a car-seat to put him in a stroller.

After creating a spreadsheet of possible strollers and being overwhelmed with the number of choices, she finally choose the Japanese Combi, but had to buy a bag to strop on to the stroller if she wanted any storage because the Combi didn’t have a basket underneath. Quickly she realized that if she had a bag on the stroller and pulled the car-seat out, the whole thing would tip over.  Her husband saw just this happen when someone’s stroller and baby together fell over on the platform in the subway.  They got a new stroller shortly thereafter.

Now Neal rides comfortably in the Bugaboo Bee, which has storage and is comfortable for the baby, but is not so light that it tips easily.  Desai takes the train and the bus often with the baby but reports that the stroller is not as easy as the website touts with regards to folding it.  She, like West and Bokwall, plans her time carefully with the baby, allowing extra minutes to fold and unfold the stroller and for the time it takes to walk while carrying both her child and the stroller.

All three mothers had different priorities when choosing a stroller for their children.  Tires are important, Bokwall feels, as is the comfort of the child and the ease of folding the stroller.  West focuses on comfort and compactness, given that she needs a double seater.  Desai was looking at weight and comfort as well as good suspension because bumps on the sidewalk tend to wake her child.

All three women considered price, but did not let that affect their ultimate decision.  In addition, none of the women bought their strollers in Japan.  Bokwall’s Emmaljunga comes directly from Sweden, and West bought her Phil and Ted while in Korea. Desai did research in Tokyo, but ended up buying her stroller from Amazon.com, partially for the convenience of delivery.  These women found shopping for the stroller tiring, and in Japan, an extremely expensive proposition.

West finds it interesting how many stroller companies try to appeal to men these days.  The models on the strollers are called Vibe or Edge and the color choices go way beyond the traditional pinks or blues.  Dads count in the decision making now, and the companies know it.

Getting around with young children can be a challenge, as these women have found, but with good wheels and careful planning, nothing is impossible. 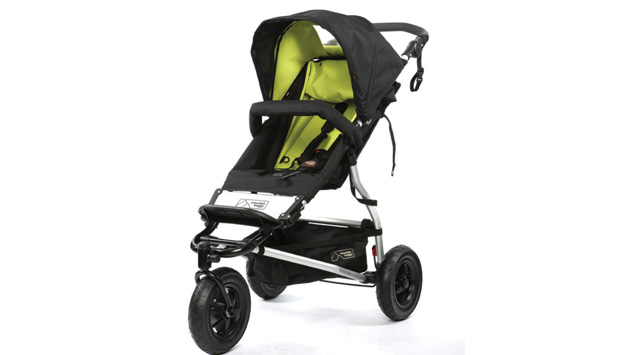 •    The adjustable handlebar with eight different heights will spare you back pain. The mountain buggy is great for taller dads and active moms.

•    Navigating public transportation and endless stairs is made easier with the Swift model, which weighs only 9.5 kg, 2-5 kg lighter than most three-wheel buggies.

•    Newborns are kept comfortable with a Kiwi lambswool seat liner and a removable bassinet (extra options).

You should also know…
A 7-month-old baby was “saved by her buggy” in 2005 when a supermarket wall collapsed around her while she was riding in a mountain buggy! 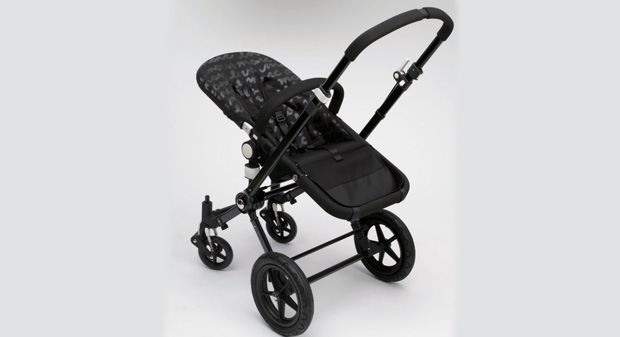 • 3-in-1 design adapts to car seats with a reversible bassinet and reversible seat.
•    The Bugaboo Cameleon switches easily from four wheels to two so that you glide over sand or snow.
•    A wide range of accessories are available.