Night At The Museum 2

If it’s a movie with historical significance, humor, and adventure that you want, Night at the Museum 2 is one you definitely shouldn’t miss. The light and funny family flick brings Larry Daley (Ben Stiller) and his crew of living museum pieces to Washington DC’s Smithsonian in an attempt to recover their magical tablet. There, Amelia Earhart, Abraham Lincoln, and Albert Einstein join them in an attempt to defeat the “Axis of Evil“ comprised of Egyptian Pharaoh Kahmunrah, Ivan The Terrible, Napoleon Bonaparte, and a young Al Capone. The all-star cast of historical figures and comedians will be more than enough to keep you laughing until the final credits start rolling. Now playing.

The Taking of Pelham 123 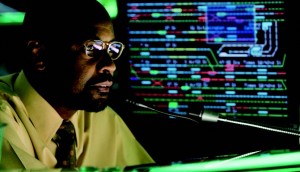 John Travolta co-stars with Denzel Washington in what may be the best summer blockbuster of the year. Ryder (Travolta) and three other ex-cons hijack a Lexington Avenue subway and take its passengers as hostages. A ransom for- hostages negotiation begins via radio between the driver’s compartment on the train and Walter Garber (Washington), the dispatcher at the central control center for the New York City subway system. The two men engage in a conversation that goes far beyond hostage demands and into a form of familiarity and bonding that turns into a mental chess match. As the one hour deadline approaches, Garber employs his vast knowledge of the subway system in a battle to outwit Ryder and save the hostages. 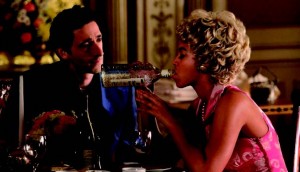 Based on the true story of recording studio Chess Records, this movie documents the birth and development of the record company. Starring Adrien Body as studio owner Leonard Chess and Jeffrey Wright as hit blues musician Muddy Waters, Cadillac Records follows the exciting but turbulent lives of America’s musical legends, including Willie Dixon (Cedric the Entertainer), Little Walter (Columbus Short), Howlin’ Wolf (Eamonn Walker), Etta James (Beyonce Knowles), and Chuck Berry (Mos Def). In a musical tale of race, violence and ambition, Leonard Chess rides out the wave of blues and rock ‘n’ roll popularity until his music goes out of demand and he is forced to sell his business. Now playing. 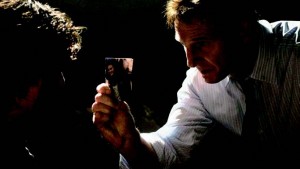 Step aside, Jack Bauer. Taken, brought to you by the same folks who run the TV series 24, follows ex-CIA agent Bryan Mills (Liam Neeson) in his 96-hour quest to save his kidnapped teenage daughter. Mills may get four whole days, seemingly an eternity, but along the way he has to fly trans-Atlantic, masquerade as a French agent with a Scottish accent, and take on the entire Albanian mafia and Parisian police force. Taken succeeds in being a fast-paced, exciting thrill ride, with Mills resembling James Bond—without the martinis and monkey suits. Now playing. –Myles Fish 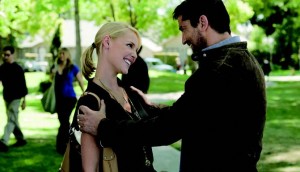 The Ugly Truth stars Katherine Heigl as Abby, a TV-news producer who has some trouble with men. Enter Mike Chadway (Gerald Butler), a dirty, scheming, degrading-to-women host of a local show called The Ugly Truth, who’s hired to Abby’s TV station (much to her disgust). Abby meets a nice, good-looking surgeon named Colin (Eric Winter), and although she likes him, she doesn’t know how to get him. Mike agrees to teach Abby how to flirt, saying that if Abby can’t get this guy by his methods, he’ll quit. This is not your lame romantic comedy, but a funny and raunchy battle of the sexes. In theaters September 18. 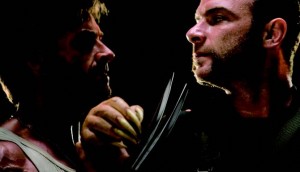 Wolverine Hugh Jackman does not disappoint in his role as the leading man of his own X-Men film. For Wolverine fans, we are indulged in his personal struggles of how he became the mutant that he is, and are allowed a rare glimpse behind his stoic and closed personality. In addition, we are introduced to a number of X-Men comic characters, including his brother Sabretooth (Liev Schreiber) and another fan favorite, Gambit (played by Taylor Kitsch). The visual effects set the tone for an action-packed story of betrayal and revenge as Wolverine sets off to avenge his dead girlfriend. In theaters September 11. –Rebekah Chan