Significant contributions between the UK and Japan

In honor of our all-UK issue, here at Weekender we present to you a brief history of the relationship be­tween the land of the rising sun, and the empire on which, at its heyday, the sun never set.

We’ve decided to not only give the detailed diplo­matic history between the two countries a brief once over, but also focus on the personal aspects of the re­lationship between these two great countries. Specifi­cally, we asked, what have the Brits given Japan, and what did the Japanese bestow upon the Brits? Just a few minutes of brainstorming produced a lengthy list of imports and exports between the two countries, each one improving the lives of the respective citizens just a little bit. From Issey Miyake to Vivienne Westwood, Monty Python to Monkey Magic, and more, there were too many contributions to cover in depth. So, we’ve narrowed it down, and present to you three of the cat­egories in which we feel Japan and the UK have made significant contributions to the quality of life of each other’s citizens, as well as a brief look at the interesting and storied history between Japan and the UK.

Food
It seems, at first glance, that Japan overwhelms in this category, at least in terms of sheer pervasiveness. What university student doesn’t have fond memories of ek­ing out an existence based largely on cup noodle or instant ramen? It’s not just a convenience snack lim­ited to students, either. According to the Times Online, who, following the death of ‘Mr. Cup Noodle’ Momo-fuku Ando earlier this year, claimed in an obituary for him, that cup noodles account for 95 percent of the GBP105 million a year “hot snack market”.

The Japanese, who went on to perfect the idea of train
travel as a form of efficient mass transit, are still laughing
at the Brits for their inefficient under use of their self-developed system.

For the slightly more discerning palate, Japan has produced sushi, which has, along with meals like yakisoba that command the equivalent of ¥2,500 for a plate in London’s Soho, become the darling of celebri­ties, young, hip execs, and ‘those around town’ alike.

What then, did Britain, which is not exactly known for its haute-cuisine, give to Japan? It seems the answer dales back Lo the Meiji period, when the British East India Company introduced curry to Japan. Before you claim the Indian dish as an ineligi­ble entry, consider that in Japan, where no one can argue with the popular­ity of curry, it is considered a Western dish, and that in Britain, Marks & Spencer sells about 19 tons of chicken tikka masala curry, the most popular variety in Britain, every week. So popular is tikka masala that since the late 90’s, it has even been known as ‘Britain’s National Dish’!

Transportation
Of course, Japan has been long known for its reli­able automobiles, and Japanese car companies such as Honda, Mazda, Toyota, and Subaru are all very popu­lar makes in Britain. The Toyota Corolla, which was introduced in 1968, and is the longest continuously-produced car to come out of Japan became the world’s best-selling car in 1997. Toyota now manufactures the car around the world, including the UK, where they make them in Derbyshire. The UK actually produces enough of another one of Toyota’s models, the Avensis, to export them back to Japan.

Britain’s contribution to Japan’s automobile mar­ket has been rather more up-market, with cars such as Aston Martin’s impressive V8 or DB9 models gaining a presence in the Japanese luxury car market. Aston Mar­tin also carries a cultural cache, being, of course, one of the brands favored by UK super-spy James Bond. 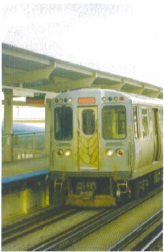 On a mass-transit scale, the Brits actually intro­duced train travel to Japan, by way of Thomas Glover, the Scottish industrialist who brought the first rail­way engine to Japan, and also introduced the first rail­way line to Japan between Shimbashi and Yokohama. The Japanese, who went on to perfect the idea of train travel as a form of efficient mass transit, are still laughing at the Brits for their inefficient under use of their self-de­veloped system. After experienc­ing travel here, when the trains do literally run like clockwork, and in Britain, where you couldn’t be blamed for thinking that the clocks simply aren’t working, we figure the Japanese have every right to feel superior about this one!

Entertainment
One of Britain’s most fa­mous exports from this decade is JK Rowling’s in­famous Harry Potter series. With the seventh (and final) book in the series due out this summer, fans around the world await its release with baited breath. The series is a huge hit here in Japan, where the translated edition of book one; Harry Potter and the Philosopher’s Stone sold 380,000 copies in its first three months in Japan alone-numbers that most authors or publishers can only dream of—worldwide! 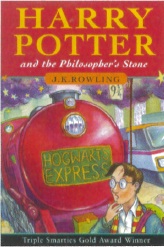 Despite the heavy hitting popularity of Harry, Hermione, and Ron, Japan, we feel, equals Britain in terms of character exports. Japan has two sets of characters that between them, appeal broadly to both genders— Pokemon and Hello Kitty.

The Pokemon card craze, born out of tie-ins with the popular manga, reached levels of unheralded popular­ity among children around the world, as they collected cards to play a complex game of trading and trumping. So valuable were some cards to their young collectors, that children were willing to trade nearly anything to get a coveted card. In 2000, Harvey Flexman, an eight  year old from Portsmouth England called into a radio show and offered to trade his allowance, bed, and Easter Eggs for a rare Holographic Vaporean card. When that failed, Flexman upped the ante and offered up his 10-month old sister, Mollie! He got the card, but didn’t have to give up his sister—it was an Arcanine card that eventually did the trick.

Hello Kitty is also a huge hit in Britain, and in September 2002 was named one of Britain’s Coolest Brands by the Superbrands Cool Council. The world famous kitty, introduced to the world 31 years ago, is now on over 22,000 products, and makes more than US$500 million yearly for her parent company, San-rio. Interestingly, Hello Kitty’s bio lists her birthplace as London, England.

It isn’t just the children of Japan and the UK who enjoy each other’s pop culture. Britain’s Beatles are so popular here that Japan holds the distinction of hav­ing released more Beatles albums than any other na­tion. The popularity of the Beatles in Japan continues to this day—Tokyo even boasts several Beatles-only memorabilia shops!

In All Seriousness…
…We couldn’t write this feature without highlighting some of the historical highlights of Britons in Japan and vice versa. The relationship between the UK and Japan dates back over 400 years to when William Ad­ams got the diplomatic relations between Japan and the UK off to a flying start. He landed on the shores of Oita prefecture on April 19, 1600. Poor Adams did not receive the open-armed welcome he perhaps would have appreciated after the journey that had begun way back in 1598, and claimed several ships. Portugese priests alleged that Adams’ ship was a pirate ship, and so the Japanese seized the ship and imprisoned its crew in the Osaka Castle.

Luckily for Adams, Shogun Tokugawa Ieyasu took a liking to him and eventually made him a diplomatic and trade-advisor. In 1604, he was commissioned to build a western-style ship of 80-tons. The next year, a larger ship was commissioned, and Adams was well on his way to a rich reward for his service, which includ­ed a large house here in Tokyo as well as two swords, which officially transformed Adams into Miura Anjin, Samurai (not a bad promotion!).

Despite Adams’ undeniable success in Japan, it would be over two hundred years before a Japanese national, Otokichi, set foot on British soil. The educational link between the two countries begins shortly thereafter, as in 1859, the Choshu clan sent five schol­ars to study at University College in London. Their new knowledge influenced the development of mod­ern Japan, and paved the way for an educational ex­change that continues to this day. In the UK there are currently around 55,000 Japanese nationals attending school or studying English, and 8,500 British students are learning Japanese in their home country—one of the fastest growing subjects in the British curriculum.

As both nations pledge their allegiance to a Royal Family, it is only natural for several Royal visits to have taken place between the two countries. In 1869, The Duke of Edinburgh was the first British Royal to visit Japan, reciprocated by Prince Hirohito’s 1921 visit to the UK. It was the first time a Japanese Crown Prince was allowed to visit overseas. Other visits followed, in 1953, 1961, 1975, and 2001.

Despite understandable tension between the two nations during World War Two, following the Treaty of San Francisco, which in 1951, official brought an end to wartime hostilities, the relation­ship between Japan and the UK blossomed and con­tinues to do so. In the past five years, British in­vestment in Japan has risen 260 percent, and Japan invests 46 percent of its European spending in the UK alone. In 2001, trade between the two countries amounted to ¥2.2 trillion.

The human connection between the two countries remains strong as well. 20,000 Britons reside in Japan, while 52,000 Japanese nationals live in Britain, making it the largest community of Japanese citizens in Europe. Additionally, more than 500,000 Japanese tourists visit Britain every year, and Japan and the UK continue to work together on environmental, economic, humanitarian, and as we’ve seen, even cultural issues. For more information about Britain in Japan, visit ukinjapan.fco.gov.uk/en/uknow.