Takako is a young woman in her early 20s who, until recently, had spent the last few years of her life inside her bedroom, refusing to see anyone except her parents who brought her food and drink.

She is one of a growing number of young peo­ple suffering from a condition known as hikikomori. Loosely translated as “social withdrawal,” the term now refers to the million or more young people who voluntarily shut off themselves from society by retreating to a room and simply not coming out.

Extreme cases include a 17-year-old boy who returned home from school one day, walked into his family’s kitchen and refused to leave — his family has since built a new kitchen. I met Takako at Newstart, a non-profit organization based in the Urayasu area, that has dedicated itself to dealing with this problem. Recently, I went along to a Newstart center, in Gyotoku, which provides a kind of “halfway house” for hikikomori who have been per­suaded to leave their homes and try to get a foothold back in society.

There are various viewpoints as to what leads to the condition. Bullying by schoolmates and broken relationships are often seen as incidents which trigger the retreat, but the extremity of the response suggests a deeper inability to cope with real life.

The fact the term only exists in Japan has also led to a great deal of speculation concerning what it is about Japanese society in particular that breeds the condition. Certainly, Japanese society is not the most tolerant of those who are different, and hikikomori tend to be shy, sensitive people who don’t quite fit in with their peers.

The condition is also seen in some quarters as a harbinger of a new age. A society drowning in a tsuna­mi of technology, where personal communication is increasingly shunned in favor of video games, the Internet and the mobile phone, is breeding a new generation of socially maladjusted and potentially danger­ous kids.

Articles about the increase of hikikomori sit well with headlines such as the alleged recent murder by an 11-year-old Nagasaki school girl.

But young people in the West spend as much time on the Internet and playing video games. So where are the hikikomori?

Dr. Henry Grub of the University of Maryland who recently conducted one of the few Western stud­ies of the hikikomori condition, gives a more practical reason for why this precise condition is unlikely to exist anywhere else: “If my child was inside that door and I didn’t see him, I’d kick the door down and walk in.”

The doctor’s “shock and awe” tactics would be unlikely to go down too well in Japan, where the modus operandi is more of a “softly, softly” approach to parenting. Parents tend to view the onset of the condi­tion as a phase out of which the child will grow, rather than a cocoon that will become ever more tightly bound.

The stigma attached to the condition also seems to inhibit parents from asking for help, and school and social workers are reluctant to get involved in family matters. Unfortunately, the longer the child is isolated, the more difficult it becomes to step outside.

Newstart has a live-in community center, a restau­rant and cafes, where the youngsters can interact with the community through work experience and social activities. I joined the weekly Wednesday evening party, with food prepared by people from the center. Locals are invited to come and meet some of the youngsters, in an attempt to break down the stigma associated with the condition. 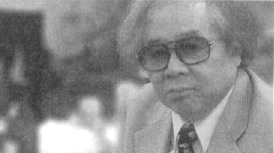 Noki Futagami, founder of the organization, emphasizes the residents “shouldn’t feel ashamed of themselves or their condition.” This is an important part of the overall philosophy of the NPO, which treats the hikikomori phenomenon as a social prob­lem for which the whole community should bear responsibility.

Newstart recently made headlines in Japan by tak­ing a group of hikikomori on the Shikoku 88-temple Pilgrimage which, as Futagami states, “is a world away for the hikikomori.” The trip forced them to interact with each other and the world around them. Although not all the participants managed to complete the pilgrimage or dramatically improve their condition, those involved saw it as a positive experience.

Despite an initial reticence, some of the hikikomori at the center, such as Takako, welcomed the opportuni­ty to communicate with a non-Japanese and asked me questions about life abroad; another resident, Nobuo, wanted to talk about his love of British pop music.

Others were interested in what I thought of Japan. Perhaps, for some of the resi­dents, there was less pressure involved in speaking to a non-Japanese. Indeed, the organi­zation has arranged short stays overseas to allow the hikikomori to experience a world away from their own and learn about different cultures and values.

Although it is not possible to send all hikikomori overseas, the organization is looking for international volunteers with a basic level of Japanese to bring some of that overseas culture to the hikikomori in Japan.

Volunteers are sought to attend events and to help out in any way they can. In addition to helping resi­dents, this presents an ideal opportunity for foreigners, some of whom occasionally drift into their own hikikomori-like ex-pat world, to get involved with local vol­unteers, learn more about the place they live and to contribute something to the local community.

The volunteers I met there, such as Kaneko, a researcher for NHK, were open-minded, welcoming and genuinely committed to making Japan a better place to live. Other activities on the Newstart agenda include country walks, seminars, trips and concerts.

If you have some time to spare in the evenings or on weekends and want to get involved, contact the Newstart at [email protected], tel. (047) 307-3676.

The NPO’s Web site is www.new-start-jp.org.