Mobile phones that talk out of English into other languages by hitherto untapped simultaneous translation technologies. Scratch pads and “tablets” that do for you in one-tenth or one-fiftieth of the space what your PC does now. Screens not a lot bigger than two thumbnails put together that could have transmitted the rocker Sting live from the Budokan last night.

This is the kind of stuff that you discover is in the pipeline through tech programs on TV any time.

But who is going to make these things pay back the original investors say 1,000 or one million times over by exploring and per­fecting and teaching new marketing techniques using these new devices? The research costs a lot of money… Who knows how the distribution channels of the future will work, using the capa­bilities of the latest gadgets? Who knows “the mobile Internet” and its potential? 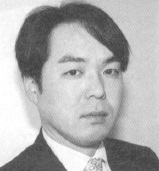 Much knowl­edge is stored up in the collective minds of the likes of NTT DoCoMo in this country or at the biggest networks such as NHK and TBS. But mighty as they are, such industry leaders often need the help of others—they are consultants—to see the way forward. For years—nearly a decade—Naoki Nishio, 35, worked for a U.S. firm called Andersen Consulting (renamed Accenture as of Jan. 1) helping out with big clients such as the above. Early this year—taking the risk of his career—he decid­ed to leave the company where he had spent his working life, to go for broke and create his own new show.

MEDIASEEK is the name. This is—by the way—one of 30 outfits that went public in December in Japan. MEDIASEEK got my attention—I made the selection unaided— partly by going public in record time, i.e. less than ten months after its creation on Mar. 1, 2000; partly by its choice of lead underwriter (Nishio chose Tokyo-Mitsubishi Securities, a rare name in the small world of the new stockmarkets—and a great name); and partly by virtue of the high-flyin’ background of Nishio and his colleagues, all Japanese and mainly from Andersen in Tokyo.

Nishio caught the attention of the investment community with a statement to Toyo Keizai, the Japanese weekly, that he intends “to create a Sony or Honda in the consulting field,” challenging the long-established global con­sultants —Andersen now Accen­ture, McKinsey and the Boston Consulting Group (BCG)— with original Japanese savvy and cut-and-thrust. I am impressed. For months Tokyo Weekender has run columns I wrote saying that a new era is upon us and that, for the first time in half a century, new firms are popping up that recall the era that gave birth to Sony, Honda, Sharp and other great brands.

We all but patented that per­ception at Tokyo Weekender during 2000, or so we like to think.

What, then, will MEDIASEEK do—their newly opened Tokyo office is just ’round the corner from the Tokyo American Club? How do they intend to take the world by storm? Well, the 24-member staff (including part-timers) say, Japan leads in mobile technology and we are positioned to move ahead as consultants to the type of clients we worked with in the past— DoCoMo and others in the NTT fold, the TV networks. That work was fee-based. MEDIASEEK works for fees—I have checked its numbers for a first five months of operations to end-July 2000 and then the next quarter, and they are good-to-sensational—but its real aim is to invest jointly with clients.

I visited the new company— and came away impressed. To have obtained the support of Tokyo-Mitsubishi—a conserva­tive bank—they must have opened up a box of potential treasure-projects with the per­mission of clients with whom, so they told me, they have signed agreements with confidentiality clauses.

How did you do it? I asked Nishio-san. He got help from Trans Cosmos Inc., an Akasaka-based outfit. This dynamic “information service” firm, quot­ed on the TSE, introduced Tokyo-Mitsubishi. That was how Nishio—suddenly worth $30 million extra following his company’s IPO on Dec. 22— got the backing to set up his show and take it public.

“What do they do?” inquired our managing editor Jim Merk. Hey, Jim, we’re going to know it when we own it. Nishio-san didn’t show me his crown jewels. He’s not allowed to. The “media” in MEDIASEEK stands for “dis­tribution channels” of the mobile Internet variety, that’s all, man. Yet if this has nothing to do with DoCoMo—among others—I would be surprised.