A fly-on-the-wall reality show focusing on six, mostly polite Japanese people living together without a competitive angle: Terrace House doesn’t sound particularly captivating. Fairly calm and undramatic, the participants have little interest in backstabbing or causing rifts like they do in Western reality programs, yet somehow the concept works. It’s mundane and addictive at the same time.

“There are conflicts in the house, but they’re dealt with in a quiet, considered way which can be even scarier than something explosive,” comedian Ryota Yamasato tells Weekender. “I think it gives a fascinating and realistic insight into modern Japanese society and the way people interact here. I’m not typical in that sense so it’s an interesting learning experience for me.”

Yamasato, or Yama-chan as he’s better known, is one of six commentators on the show who watch and analyze the week’s main events. He’s the cynical one of the group, taking pleasure in the misfortune of the housemates, particularly when relationships turn sour. “I don’t dislike people falling in love, it’s just more fun when thingsgo wrong,” he says, smiling. “Not everyone wants to see these models and athletes succeeding. I prefer to focus on their flaws, which some people like, while others tweet me to say I’m being too harsh. The passion people have for the show is great. I especially love getting messages from abroad.”

Since premiering on Netflix with English subtitles two years ago, Terrace House has garnered a cult following globally, and as Netflix Japan content manager Kaata Sakamoto told Buzzfeed News, it has “exceeded expectation in terms of international viewership.” 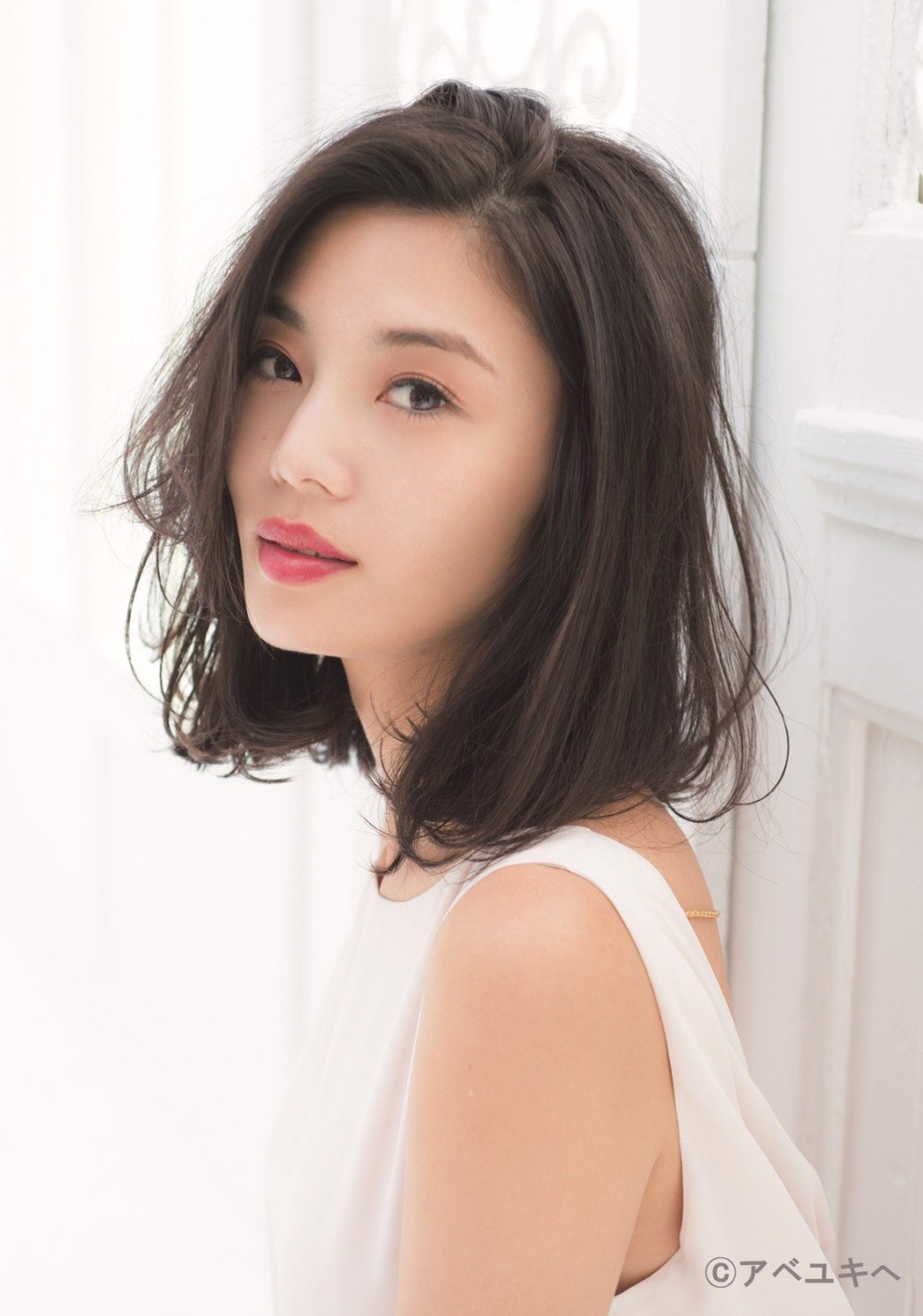 The program first aired on Fuji TV in 2012 and immediately did well in the ratings. One of the most talked about and outspoken of the original housemates was Seina Shimabukuro whose drunken escapades in the first 29 episodes caused quite a stir. Despite leaving midway to pursue a career in modeling (housemates can choose when they depart), things didn’t turn out as planned so she returned to the show, and ended up staying until the end.

“I was there a long time, probably too long for some,” she says, laughing. “It was amazing. I loved all the trips, dates and small things like eating dinner with everyone in the evening. Living with strangers is nerve-wracking, but you soon get used to it. Dealing with the criticism wasn’t so easy, though.”

Unlike Big Brother, Terrace House members are well aware of what’s being said about them. In the first series, they would watch the program on TV at the same time as viewers and then check social media to gauge the public’s reaction.

“It was scary,” says Shimabukuro. “I love Yama-chan, but he could be quite harsh. You then had to deal with negative comments online. People wrote about me drinking so I thought about trying to hide my wine behind the cameras. I decided not to, though, as there’s no point pretending to be someone you’re not.”

Artist Frankie Cihi, who is half-Japanese, half-American, also received her share of online abuse. “I was trolled on Twitter,” she says. “Early on I was seen as pushy which didn’t go down well. The worst comments came from Taylor Swift fans. Her song was in the opening credits so the producers arranged for us to interview her. Being the English speaker, I asked the questions and her followers didn’t like it. They were really offended when I posted a picture posing with their goddess. I even had death threats.”

Despite this, Frankie has no regrets about appearing on the show. “I gained so much confidence from it,” she says. “It’s a program that lets you be yourself without much interference. Early on people had their doubts about me because I seemed bitchy, but once they got to know my real character they realized I was harmless. My mother [actress Aki Mizusawa] saw that I was being well-received and reached out to me. Before that we weren’t on good terms so that was probably the biggest positive from the whole experience.” 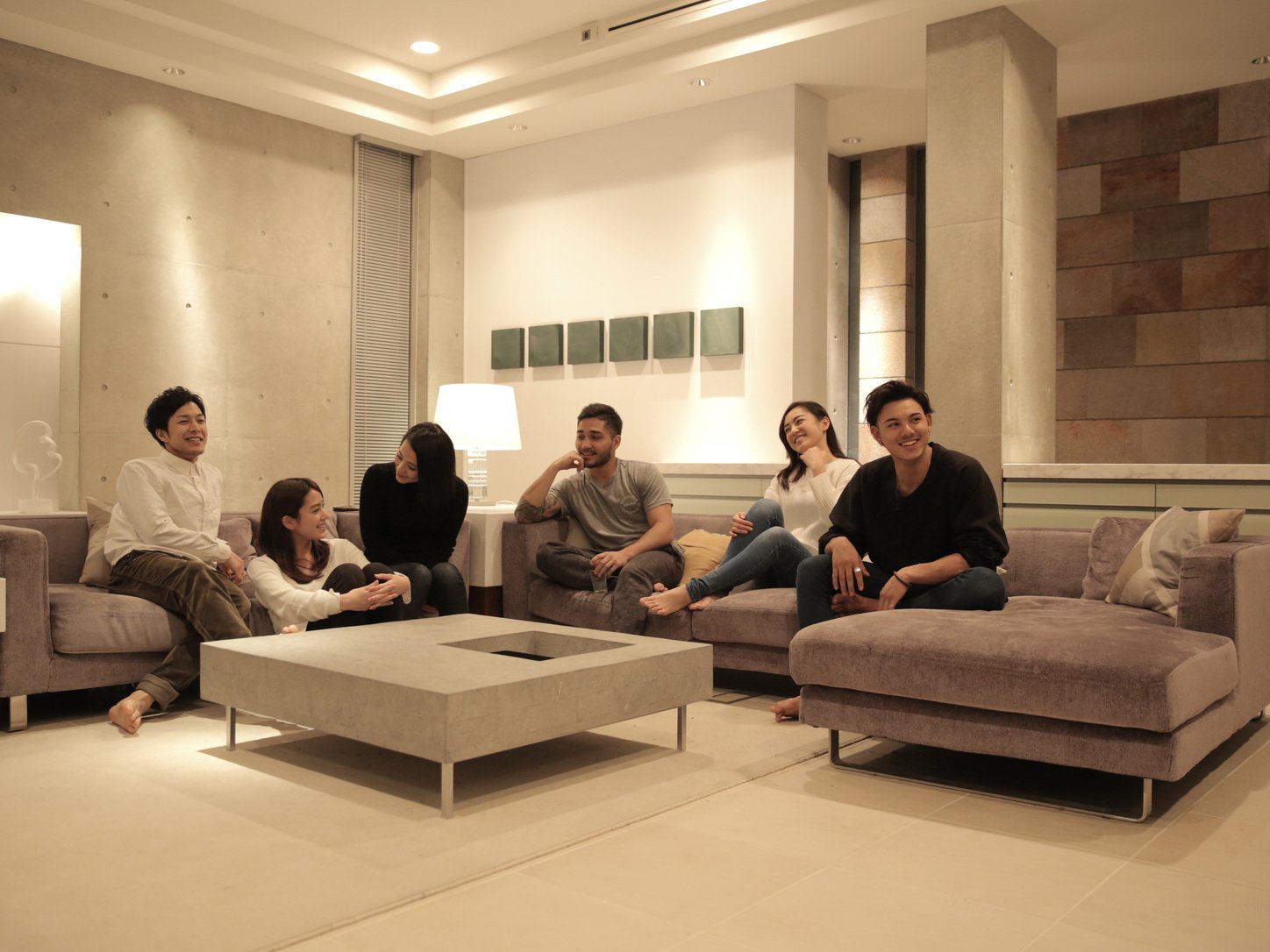 Boys & Girls in the City

Frankie was also a fan of the following series, which was coproduced by Netflix and Fuji TV. Her favorite housemate was Yuto Handa (Hansan) whom she says, “listened intently, always knew what to say and spoke with good diction.”

The aspiring architect was the father-figure in the house, relieving tensions and lending an ear when other members had problems. In the eyes of commentators Reina Triendl and Yukiko Ehara he could no wrong. The latter even cried when he left.

“I appreciate the praise, but of course I’m not perfect,” Hansan tells Weekender. “People evaluated me on the way I thought and behaved in the house, yet we all have different sides and I’m no different.” Yama-chan wasn’t a fan. He’d have preferred to have seen more of Hansan’s ugly side. “He already had a girlfriend and basically did nothing wrong,” says the comedian. “I felt he didn’t need to be there. Natsumi [Saito] was far more interesting. She was like a dark heroine.”

Not afraid to speak her mind, Natsumi caused a few arguments and a meeting was called to discuss her behavior. There were many of these kinds of meetings throughout the series, including one where everyone sat down to talk about some meat that had been taken without permission. Then there was the case of teenage idol Riko Nagai carrying on with chef Hayato Terashima away from the cameras.

“This was the defining moment of the series,” says Yama-chan. “Young Japanese idols are expected to be pure so it’s no surprise Riko tried to hide the relationship with Hayato. The other housemates knew what was happening so [they] decided to confront them. For the sake of her career it would have been easy for the production team to gloss over it, but I’m glad they didn’t. This is an unscripted reality show so it was important that viewers saw how it developed.” With interest from abroad growing it was decided that the third and current series should have more of an international feel. Set in the tropical island of Oahu in Hawaii, there are many Japanese-American housemates, most of whom can speak English (though they usually converse in Japanese). It’s created a different vibe from earlier seasons.

“It’s fascinating to watch the contrast,” says Yama-chan. “In Japan, there was lots of pent-up frustration amongst the housemates that eventually came out, whereas in Hawaii they tend to immediately say what’s on their mind. It took me longer to get into this one, but now I love it.”

Massachusetts-born illustrator and model Lauren Tsai caused the biggest buzz early on. Touted as the future It girl of Japan, she came across as cool and mysterious, yet surprisingly awkward and at times looked uncomfortable.

Speaking to hyperbae.com she said, “I would watch the show and think ‘Oh my God!’ is that me? Am I really like that? I hate myself.’ Everything people see about us on social media is what we choose to put out there. Being on a reality TV show you have no control over what’s put in or how it’s cut. For someone like me who’s not super-outgoing it was … an experience.”

Since Lauren’s departure, Taishi Tamaki has taken center stage. Initially it seemed like the wannabe Hollywood actor would be a calming influence in the house, but at times he’s come across as an emotional wreck. The fact that he’s dated pretty much every girl who’s entered has annoyed some, while others have found it entertaining.

“Taishi’s the star of Aloha State,” says Yama-chan. “He keeps saying he’s looking for a love worth dying for and is clumsily running out around asking everyone out. It’s great to watch.”

Twenty-year-old Niki Niwa was targeted by Taishi soon after arriving. “At first, I thought it was good he was being proactive in trying to get to know the women,” she tells Weekender. “The problem is he didn’t say what he was thinking so the girls got confused. That’s what happened to me.” Niki soon turned her attention to professional surfer Guy Sato, though as her time in the house was limited things went no further than a kiss.

So, was that her favorite moment? “I loved it all,” she says. “Staying up late chatting and watching films, the whole experience. I cherish every moment I spent there and really miss it.”