The humans of Tokyo make this metropolis pulse with energy. In this Voice of Tokyo, from our November-December 2022 issue, we check in with four of the many Tokyo voices that make the cacophony a symphony. 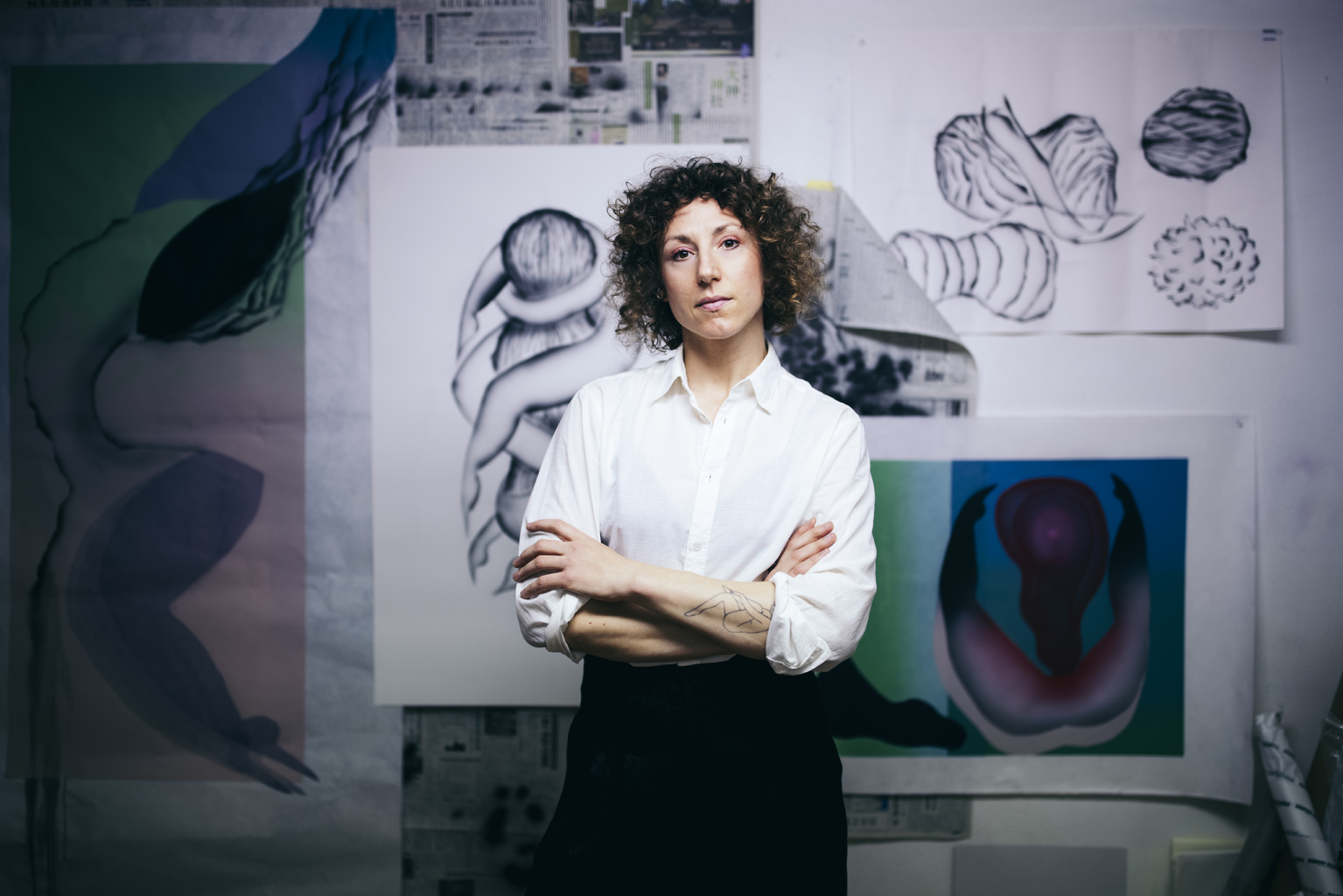 An active participant in the Tokyo art scene, this internationally-renowned Polish artist explores various forms of art, from printmaking to ceramics. She is also a co-founder of the ONA project room — an initiative that aims to support female artists based in Japan through a series of pop-up style exhibitions.

I’m preparing a new exhibition that will open on December 10 at Kobo Chica gallery. For this project, I’m researching forgotten sources of knowledge like alchemy, kabbalah, tarot and mythology. I want to reflect on overcoming the limitation of a binary vision of the world.

Can you share a few women that have inspired you?

There were always wonderful women who supported me and inspired me, such as my mum and my best friend. There are inspiring women I have never met, such as Louise Bourgeois and Fumiko Enchi.

What Japanese word fascinates you?

What’s the most non-gallery alternative place in Tokyo you dream of setting an exhibition in?

Sogetsu Plaza in Akasaka and also Soto Zen Tochoji Temple. I would love to set an exhibition in a traditional onsen. Onsen have so much history, but also a certain kind of freedom. Hailing from the rich music scene in the UK, Cormack moved to Tokyo searching for further musical adventures. Initially he launched Entrada, an electronic indie rock piece, before moving on to start synthwave band Kuro Deko with Jesus Salinas. Recently, he has also been performing as an acoustic solo act, going back to his musical roots.

Ever since I bought my Boss RC-500 looper, I’ve enjoyed writing songs with it, but my new obsession is trying to work out obscure cover songs that I could never do with just the guitar. At the moment, I’ve been working on a cover of “Hyperballad” by Björk.

How has this city inspired your music?

Just being involved in the music scene in Tokyo and hearing great songwriters and performers of every style.

What’s the best music to listen to on a walk around Tokyo?

Tokyo is such a cinematic city that it’s quite fun to go full cyberpunk and neo-Tokyo and listen to some heavy synthwave while walking around. Feels like I’m in a slow-motion 80s movie montage.

What sound does Tokyo make that no other city does?

The sound of thirteen million people sharing this city and going about their lives. Passing by unknown to each other, running for a train, sharing a lively conversation in an izakaya. Tokyo really never sleeps, and the constant hum of this many people existing together is intoxicating. Umewaka had her acting debut on a Noh theater stage at the age of three. She’s an award-winning filmmaker and directs theater, TV and film. She has filmed documentaries in Ecuador, Brazil, Lebanon and Japan.

What’s your favorite film that takes place in Tokyo and why?

Survive Style +5 is a comedy that is colorful, imaginative and packed with action.

You’re from a Noh theater family and a passionate supporter of this art form. What’s the one thing you want people to know about Noh?

Noh theater boasts a heritage of over 600 years, with rich storylines and highly stylized choreography that can transport you to an ancient world. Its minimalist and enigmatic expressions can be a meditative experience and put you in a trance.

You’re multicultural and have lived and traveled the world. What’s your favorite thing that makes Tokyo unique?

Tokyo is a cultural hub with diverse neighborhoods where you can find pockets of communities dedicated to popular as well as niche hobbies. From northern China to Tokyo, Syouki has been constantly creating art: painting, calligraphy, digital art, sculpture… He is endlessly versatile and curious, calling himself “an infinity game player.” He also describes himself as “a novelist without a novel” and “a crappy DJ.”

Recently, I have been interested in Zhuang Zhou, a thinker of the Warring States period, and also getting into the 3D modeling software Blender.

What is your favorite Chinese character and why?

There are many, but here’s one I really like: 詩 (poetry). It’s a left- and right-structured character made up of the characters 言 (language) and 寺 (temple), which makes it very poetic in itself. You and your partner Solène Ballesta have been placing the Tokyo Cube art installation on rooftops, on beaches and in galleries. What’s the dream Tokyo location you want to install it at?

I tend to choose places with strong culture and history, which is hard to achieve unless you find a gap that can be exploited. For example, this year, Solène and I placed our installation on the spot of Yayoi Kusama’s missing pumpkin on Naoshima. I’d like to place it in a more sensitive location, such as the Yasukuni Shrine, but this seems almost impossible at the moment.

Where in Tokyo do you feel most free and why?

Yoyogi Park is a treasure.