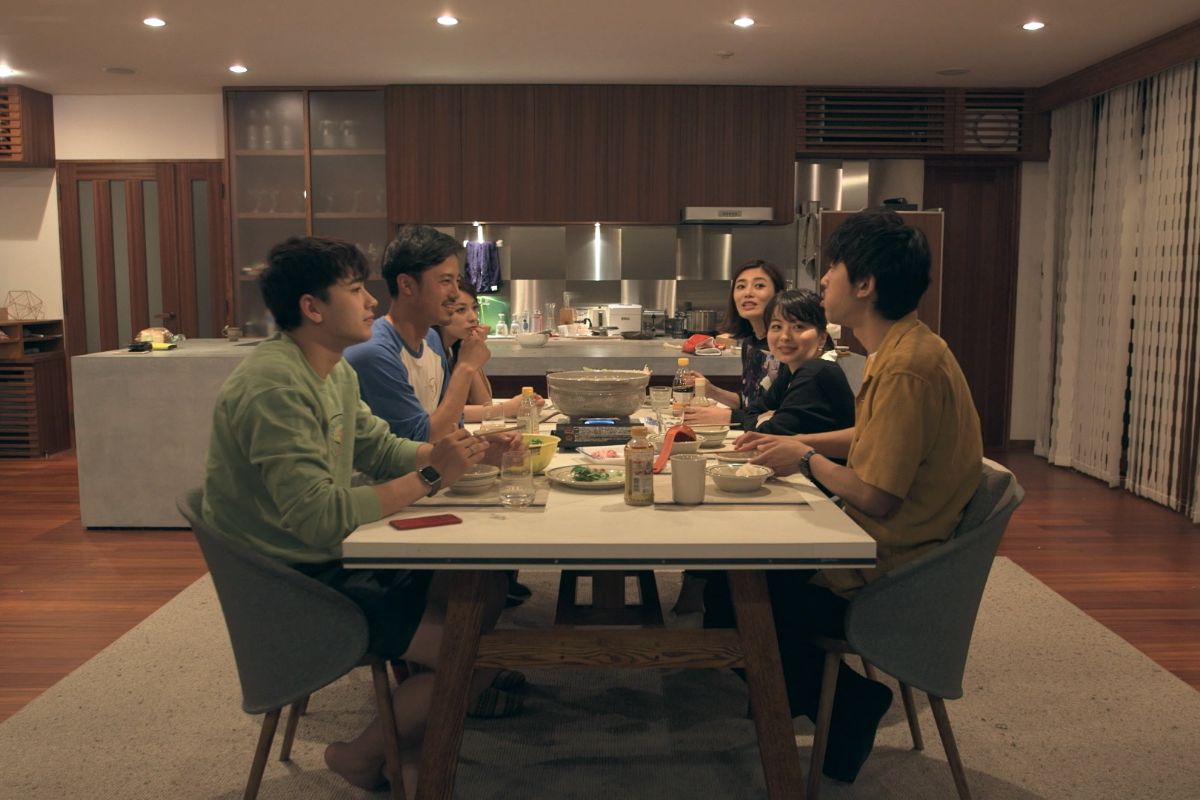 List of 7: Japanese TV Shows that Made Waves Overseas

Featuring dramas, anime, a whacky gameshow, a cooking contest and a reality show

Premiering on Netflix today is the all-new Iron Chef: Quest for an Iron Legend, a culinary competition that sees Iron Chefs go head-to-head with Challenger Chefs. As the program began in Japan, we thought we’d look back at the original and six other Japanese TV shows that made waves overseas. As well as the cooking competition, our list features two old school dramas, a crazy gameshow, a reality TV series and, of course, a couple of anime.

In the 1970s two Japanese dramas, both based on classic Chinese novels, became international hits. The first was Water Margin in 1973, which detailed the trials and tribulations of heroic outlaws rebelling against a corrupt government. Even more popular five years later was Monkey, an adaptation of the 16th century book Journey to the West (Saiyuki). Focusing on a group of pilgrims traveling from China to India to retrieve some holy sculptures, it became a cult favorite after being dubbed in English and Spanish.

The titular character, played by Masaaki Sakai, is a skilled fighter who becomes the audacious king of the monkey tribe. “He looked like he was a proper geek and he was dead hard,” was Happy Mondays frontman Shaun Ryder’s view of him. In the BBC version, featuring over-the-top Japanese accents, Monkey was voiced by David Collings (Doctor Who). Andrew Sachs (Fawlty Towers) and Miriam Margolyes (Harry Potter) also provided their voices for the series. Another reason for its popularity was the music by Godiego, particularly “Gandhara” and “The Birth of the Odyssey ~ Monkey Magic.”

In an interview with NHK in 1983, American President Ronald Reagan praised Japan’s “tenacity, endurance and sheer hard work,” qualities he said that were “beautifully portrayed,” in the popular drama Oshin. Loosely based on the life of Katsu Wada – co-founder of the supermarket chain Yaohan – the story centers around Shin Tanokura (Oshin) who’s sent to work at the age of seven to support her sharecropper family. She goes through many hardships, including being bullied at school and at home, yet perseveres to become a successful businesswoman.

Oshin holds the record for the highest average rating for a drama in Japanese television history at 52.6 percent. It also has the highest for a single episode (62.9 percent). More than 70 countries around the globe broadcast the asadora (morning drama) including Iran where ratings were reportedly close to 90 percent. It was joked that even Iraqi missiles couldn’t tear people away from their screens when it was on. While in Egypt, a power outage led to a riot as locals were furious at missing an episode.

A 2021 Twitter poll by popular British digital publisher Ladbible revealed the gameshow Brits missed most was Takeshi’s Castle. The good news for those who responded to the survey is that it is coming back. According to reports, a reboot version of the program will be broadcast on Amazon Prime Video from next year. Originally broadcast on TBS in 1986, contestants took on various physical challenges in an attempt to conquer the castle, led by the egotistical feudal lord, Takeshi Kitano.

Very few succeeded which added to its allure. Popular challenges included Avalanche, in which participants attempted to avoid being crushed by polystyrene boulders while running up a narrow gully and Bridge Ball, where they had to get a golden ball across a rickety bridge as they got pelted with footballs. Airing in more than 150 countries, the dubbed commentaries from the likes of Craig Charles in the UK and Jaaved Jaaferi in India proved very popular. One of the most famous contestants ever was Australian presenter Clive James.

This whole list could have been dominated purely by anime. After-all, programs such as Pokémon, Naruto, Fullmetal Alchemist, One Piece and Attack on Titan continue to garner large audiences globally. To keep things varied, however, we decided to select just two. The first is Dragon Ball, which like Monkey, was inspired by Journey to the West. The monkey-tailed lead character Son Goku is based on Sun Wukong, the protagonist in the classic novel. According to creator Akira Toriyama, he was also influenced by Bruce Lee and Jackie Chan.

For western audiences, the anime is better known than the manga. Broadcast in more than 80 countries, the most popular series was Dragon Ball Z, which outperformed programs such as Friends and the X Files in parts of America. Celebrity fans include Rafael Nadal, who used to run home from school to watch it, Ronda Rousey who admitted her “cartoon crush” was the character Vegeta and Chris Brown who has a Goku tattoo. Barcelona striker Pierre-Emerick Aubameyang referenced Goku’s “Instant Transmission” power in his celebration after scoring against Real Madrid.

“Tell me what you eat and I’ll tell you what you are.” It was this aphorism from French gastronome Jean Anthelme Brillat-Savarin that kicked-off episodes of Iron Chef. Inspired by these words, the eccentric Takeshi Kaga, known on the show as Chairman Kaga, decided to construct a cooking arena he called Kitchen Stadium. Visiting chefs from around the world competed against his Gourmet Academy of chefs. The original trio were Rokusaburo Michiba (Japanese cuisine), Chen Kenichi (Chinese) and Yutaka Ishinabe (French), though they changed over time.

While there were specials afterwards, the series officially ended in 1999, the same year it was picked up by the Food Network channels in America and Canada. It proved a surprise hit. Audiences loved the pomp and splendor of the show as well as the incongruous dubbing. It soon spread to countries such as Australia, Sweden, Finland and the UK. And it wasn’t long before nations were creating their own versions. As well as the US reboot, Iron Chef Mexico and Iron Chef Brazil are set to premiere this year.

From The Naked Director to Alice in Borderland, there have been a number of Japanese Netflix programs in recent years that have made an impression overseas. The one that arguably had the biggest impact, though, was Terrace House. A fly-on-the-wall reality show without a competitive angle, it was often fairly calm and undramatic. Speaking to Tokyo Weekender in 2017, commentator Ryota Yamasato (better known as Yama-chan), argued that the tranquil atmosphere in the house was part of the reason for its success.

“There are conflicts, but they’re dealt with in a quiet, considered way which can be even scarier than something explosive,” he said. When there finally was an explosive argument in season five, it led to the show being cancelled. Hana Kimura verbally attacked housemate Kai Kobayashi for accidentally shrinking her expensive wrestling costume in the dryer. She was then attacked by trolls on social media. On May 23, 2020, Kimura was found dead in her apartment alongside several suicide notes. Her mother told Shukan Bunshun that Hana was pressured by staff to stage the fight with Kobayashi.

Debuting in Weekly Shonen Jump in 2016, the manga series Demon Slayer enjoyed moderate success in its first few years. Then Haruo Sotozaki’s anime series was released in 2019 and the whole franchise exploded. It was quickly hailed as one of the best action anime of all time due to its shock factor, visually stunning fight scenes and hugely popular characters. This, in turn, helped boost manga sales, as Koyoharu Gotouge’s series finished the year top of the charts, breaking One Pieces’ 11-year streak.

The story, set during the Taisho Period (1912-1926), centers around a kind-hearted and empathetic boy named Tanjiro. After his family are massacred and his younger sister, Nezuko, is transformed into a demon, he sets out to avenge their deaths and help Nezuko become human again. The 26-episode first series adapts the opening 54 chapters of the manga, while the second, including a recompilation of the mega-hit movie Mugen Train, runs from 55 to 97. The third season is expected to be released in 2023.