Hidden within a subterranean parking lot in the Tokyo Metro’s Ginza station is a pop-up space called Sony Park Mini. A gallery of paintings, an experimental music studio and an ambient light exhibition have cycled through the venue in the past months alone. The latest occupant of Sony Park Mini offers a whole slate of visual and sonic experiences in cinematic form. From now through May 31, you can catch up to 10 unique screenings at the “short film playground” Ginzaza (stylized as GINZAZA), where a diverse array of stories and storytellers from around the world are taking up temporary residence in one of central Tokyo’s most upscale neighborhoods.

Ginzaza is the brainchild of translator-filmmaker duo Aiko Masubuchi and Neo Sora. Hailing from Tokyo and New York, Masubuchi and Sora curated this eclectic lineup of works by filmmakers from the United States, Japan, Vietnam, Hong Kong, the Philippines, Sweden and Colombia. During the week, one film screens at the top of each hour from 9:00 am to 6:00 pm. Omnibus programs of three to four films can be viewed at set hours on the weekend. All screenings are presented with subtitles in both Japanese and English, making them accessible to native and foreign audiences alike. For the price of ¥100 per film, you can immerse yourself in a whole other world in between shopping errands. 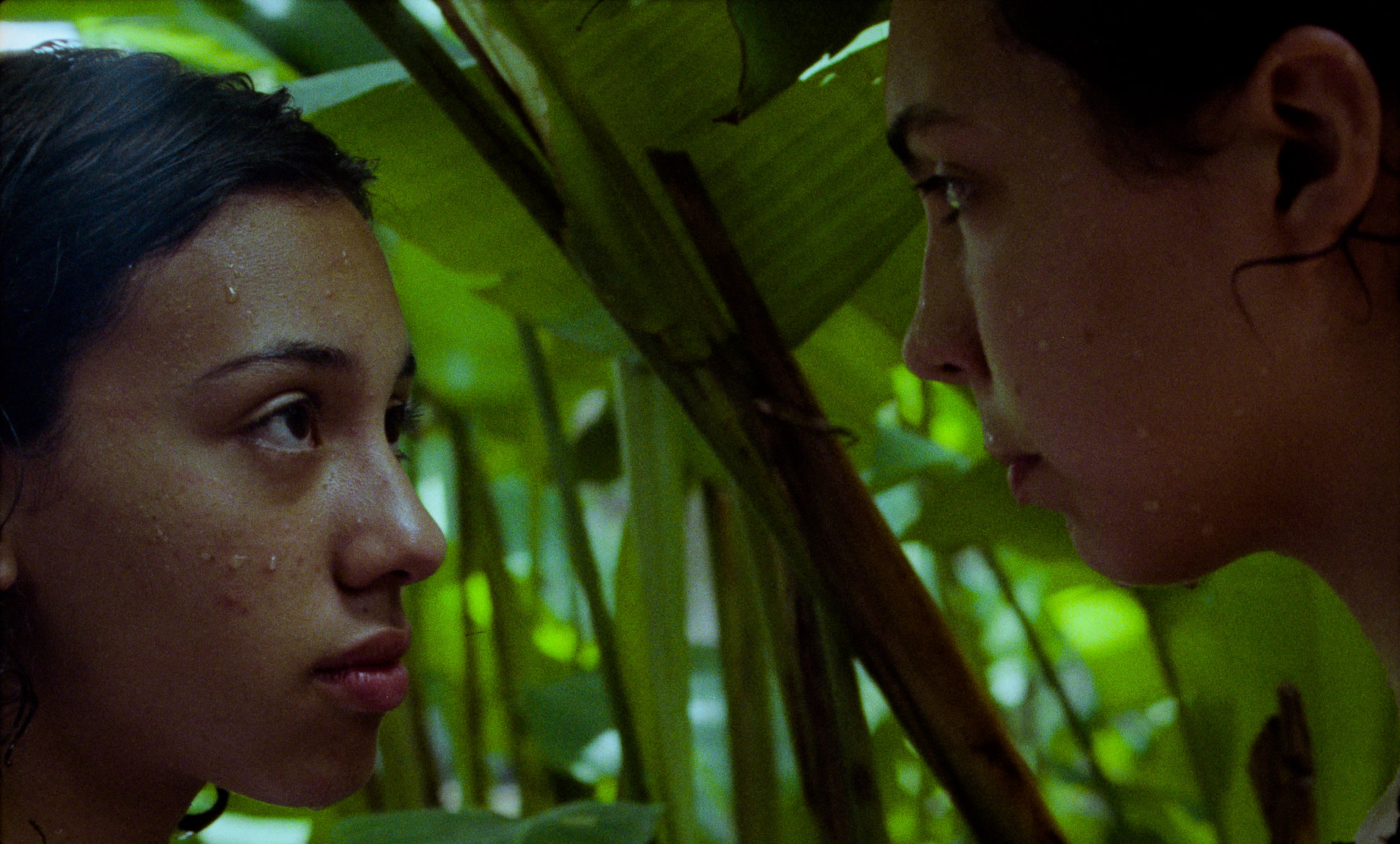 Masubuchi and Sora first encountered many of these works while touring with their own short film, The Chicken, which premiered at Switzerland’s Locarno International Film Festival in 2020. With “The Possibilities of Short Films” as the title for its first edition, Ginzaza presents the viewer with a dazzling breadth of potentiality.

Vietnamese director Phạm Ngọc Lân’s The Unseen River is a mesmeric tale of two pairs of lovers whose conversations and dreamlike meanderings along the Mekong River recall the work of acclaimed Thai filmmaker Apichatpong Weerasethakul (Syndromes and a Century). Drought-stricken downtown Los Angeles is the setting for a deceptively simple narrative by Masami Kawai, whose masterfully cast Zona brims with pathos and pluckiness.

Shades of Harmony Korine or Sean Baker can be seen in Kathy E. Mitrani’s Buzzkill, which follows prepubescent sisters on a hot summer’s day in Florida as they get embroiled in the volatile antics of a local clique. Meanwhile, youth looks completely different for the protagonist of Rafael Manuel’s Filipiñana, who trudges around the golf course where she is employed in search of distraction or simply a spot to doze.

On the more experimental end of the programming, Simon Liu trains his eye on the frenetic urban energy of Hong Kong in Happy Valley. Shot on 16 mm film, the dynamic color palette of Liu’s visual poem includes locations that hearken to iconic scenes from the oeuvre of Wong Kar-wai; the discordant soundtrack and editing, however, render Liu’s work closer to a sort of city symphony, in the vein of Godfrey Reggio (Koyaanisqatsi) and the like. Masubuchi and Sora collaborated with Tokyo-based designer Ray Masaki and film programmer-writer Kimi Idonuma to produce the bilingual ZineZaZa, a complimentary publication that includes a Q&A with the organizers and suggested “pairings” for all of the featured shorts, running the gamut from bakery treats to playlists to digital mood boards.

The Sony Park Mini venue sports a coffee bar so visitors can easily grab a beverage before or after a viewing and enjoy a respite from the bustling crowds of Ginza. Just beyond a partition is the screening room where eight movable seats and a big red rug create a cozy, convivial setting in which to enjoy the films. It’s truly a space with a human touch — no small feat to produce such an atmosphere in the corner of an underground parking lot.

Masubuchi and Sora hope a wide range of people can drop by for the first edition of Ginzaza. They believe that “a good film can make you see the world differently, even by a little.” Sometimes we all need an interlude like this to remember our humanity, to transcend our day-to-day.

A few practical notes to keep in mind: Tickets go on sale 30 minutes before each screening and are available on a first-come, first-served basis. The venue is probably most easily located if you navigate towards exits C1-C3 or B7 in the Ginza station, near which you’ll find pillars with text indicating your proximity to Sony Park Mini. If you’re coming from aboveground, duck into the subway entrance between Hermès and Coach on Harumi Dori.