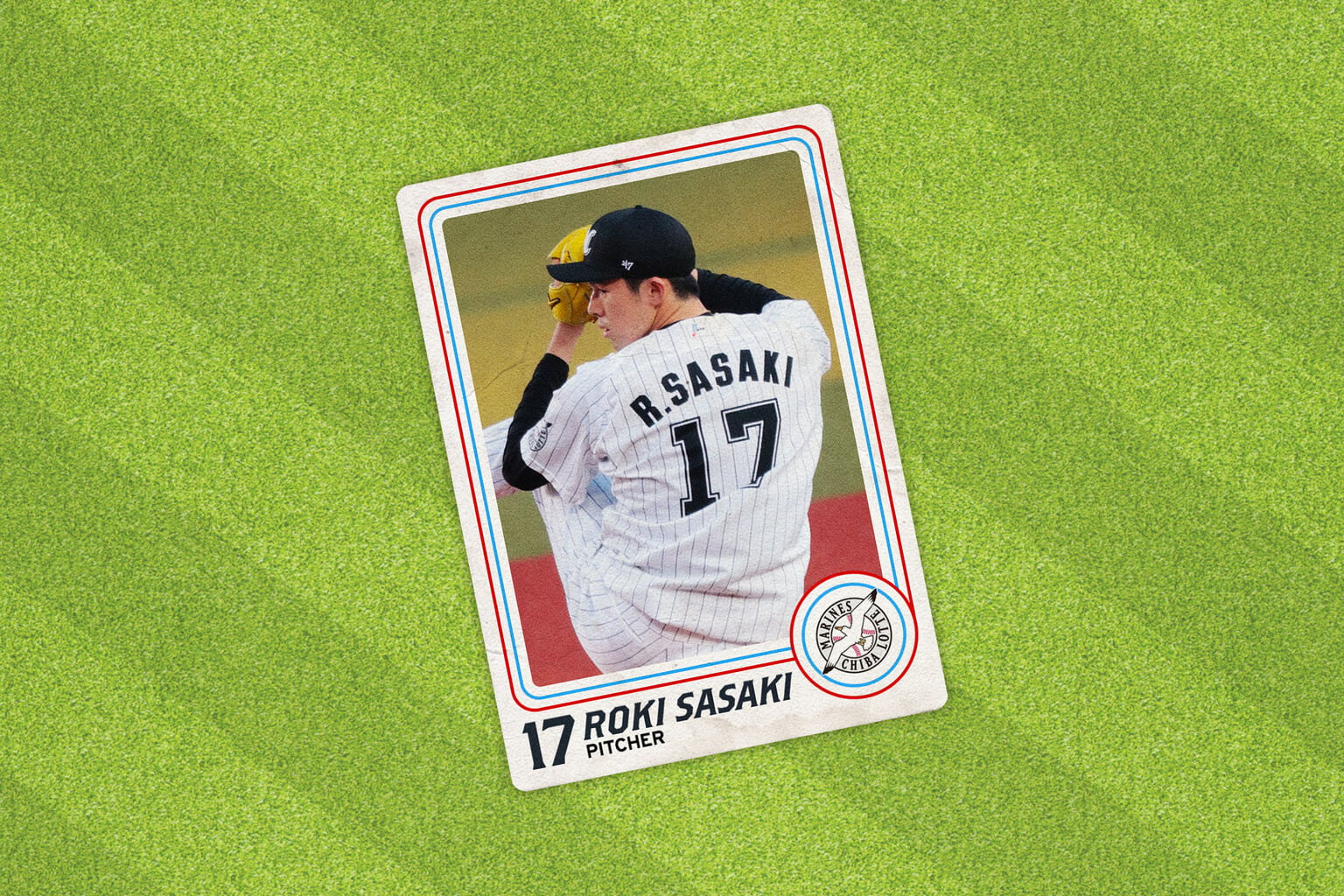 Last Thursday Shohei Ohtani made history by becoming the first player to throw both his team’s first pitch and bat leadoff in the opening game of a Major League Baseball season. A few days later it was another player from Iwate Prefecture making all the headlines. 20-year-old pitcher Roki Sasaki has been touted as a future great in the sport. On Sunday, he lived up to the hype with one of the finest pitching performances this country has ever seen. We take a closer look at his perfect game against the Orix Buffaloes in the week’s news roundup.

We also report on the result of the high-profile murder case in France that spanned three continents. Chilean Nicolas Zepeda, 31, was found guilty of killing his ex-girlfriend Narumi Kurosaki and sentenced to 28 years in prison. In financial news, the yen fell to its lowest level against the US dollar in almost 20 years on Wednesday. A day earlier, demolition began on one of Japan’s most iconic buildings as Tokyo bid farewell to the unique Nakagin Capsule Tower.

It’s been described as one of the greatest ever performances by a Japanese baseball player. On Sunday, Chiba Lotte Marines pitcher Roki Sasaki made history by striking out 13 Orix Buffaloes batters consecutively. That beat this country’s previous record of nine, set in 1958 by Hankyu Braves pitcher Takao Kajimoto. The 20-year-old right-hander achieved 19 strikeouts, tying a Nippon Professional Baseball record. He also became the 16th pitcher to throw a perfect game in Japan and the first one to do it in 28 years.

It’s been quite the journey for Sasaki. Eleven years ago, his home in Rikuzentakata, Iwate Prefecture, was swept away by the tsunami that followed the 9.0 magnitude earthquake. His father and grandparents died as a result of the waves. He was then forced to live in a nursing home with his mother and two brothers. Turning to baseball, Sasaki threw a 163 kph pitch at high school, breaking a record set by Shohei Ohtani. Four professional teams selected him as their draft pick in 2019. He chose the Marines, though is already attracting the attention of Major League scouts.

Hideki Matsuyama Ties for 14th at the Masters

In other sporting news, defending Masters champion Hideki Matsuyama finished this year’s tournament two over par, tying for 14th place. The Matsuyama City-native handed over the famous green jacket to 2022 winner Scottie Scheffler. The number one ranked golfer finished 10 under par, three shots clear of runner-up Rory McIlroy. In boxing, Ryota Murata lost his middleweight title unification bout, but still got to keep his belt. Legendary Kazakh boxer Gennadiy Golovkin won the contest by technical knockout in the ninth. He then returned the WBA belt to his friend Murata in what was a moving gesture.

In soccer, many Japanese players were on the scoresheet in Europe this week. Reo Hatate and Daizen Maeda both hit the net as Celtic thumped St. Johnstone 7-0, moving them closer to the Scottish title. In Belgium, Taichi Hara and Daiki Hayashi both scored in Sint-Truiden’s 3-0 win over Standard Liege. However, they missed out on the final place in the Europa League Play-off to Genk, for whom Junya Ito netted again. There were also goals for Genki Haraguchi, Ao Tanaka and Ko Itakura in Germany as well as Kyosuke Tagawa in Portugal.

Chilean national Nicolas Zepeda was sentenced to 28 years in prison on Tuesday for the murder of ex-girlfriend Narumi Kurosaki. He was the last person to be seen with the former University of Tsukuba student before she went missing in 2016. CCTV footage showed the pair entering her residence in Besançon, France, where she was enrolled on a scholarship program, at 11pm on December 4. Students staying on the same floor said they heard thuds and screams early in the morning. Prosecutors claimed it was a premeditated murder as a jealous Zepeda was unable to deal with their breakup.

With no trace of Kurosaki’s remains or blood in her room, prosecutors relied on circumstantial evidence. Zepeda, who was seen driving to a forest before and after his ex’s disappearance, bought matches and a container of flammable liquid. He made threats against Kurosaki via a video he uploaded then deleted on social media. According to phone records, he also asked her to delete male contacts from her Facebook page. Friends received strange messages from Kurosaki’s social media accounts after she disappeared. Police believe they were sent by Zepeda, who has consistently denied the allegations.

Survey on Racial Profiling in Japan

Following complaints about racial profiling, the Tokyo Bar Association decided to conduct a survey, drawing responses from 2,094 people with roots in foreign countries. The questionnaire was taken in January and February of this year with 69.2 percent of the respondents saying they’d been questioned by the police in the past five years. Of them, 50.4 percent claimed they’d been stopped by the police “two to five times,” 10.8 percent “six to nine times” and 11.5 percent “10 times or more.”

Of those who’d been stopped, 70.3 percent said they “felt uncomfortable” with the police questioning. Meanwhile, 76.9 percent felt there was no reason for them being treated with suspicion. Last year, the US Embassy in Tokyo sent a message on Twitter, warning citizens about racial profiling in Japan. “The U.S. Embassy has received reports of foreigners being stopped and searched by Japanese police in suspected racial profiling incidents. Several were detained, questioned, and searched,” read the tweet.

Yen Falls to 20-Year Low Against the US Dollar

The Japanese yen continues to tumble. On Wednesday it fell below the ¥126 mark against the US dollar. That’s its weakest level since May 2002. It came after Bank of Japan (BOJ) Governor Haruhiko Kuroda said in a speech that the central bank would be sticking to its monetary easing policy to support the country’s recovery from the coronavirus pandemic. Analysts believe his words led to investors unloading the yen to buy the dollar.

According to a recent survey by Reuters, more than three-quarters of Japanese firms see the weakening of the yen as being detrimental to their business. Around 500 large and midsized non-financial firms were polled between March 30 and April 8. Of them, roughly half responded. A hefty 76 percent bemoaned the decline of the yen with 45 percent commenting they would find it hard to cope if the currency weakened beyond ¥120. ¥125 was the pain threshold for 31 percent of those polled.

Built half a century ago in Ginza, the Nakagin Capsule Tower has long been seen as one of the most iconic and bizarre buildings in Japan. It was designed by Kisho Kurokawa, one of the founders of metabolism, a Japanese architectural movement that called for a metropolis to be a living organism. Nakagin became the symbol of this concept. Comprising of 144 capsules that looked from the outside like huge washing machines, the distinctive building featured in Hollywood productions such as The Wolverine and Heroes Reborn.

Sadly, Nakagin’s iconic status wasn’t enough to save it from being disassembled. On Tuesday demolition work began on the building as several onlookers got some final pictures. The initial idea was to repair or replace the capsules every 25 years. This never materialized and they deteriorated as a result. In 2007, a majority of the capsule owners voted to tear down the tower. Campaigns to preserve and regenerate the building ultimately proved in vain. Demolition work is expected to be completed later this year.