Food & Drink Guides & Insights
TOPFood & DrinkJapanese Rum – Is it the Next Big Thing From Japan? Japanese Rum – Is it the Next Big Thing From Japan?

Japan is home to some of the most unique indigenous spirits in the world such as shochu and awamori. The distilling culture of Japan has been enriched with award-winning whisky and ever more popular gin. The question now is, will Japanese rum be next to burst onto the international stage?

What is Rum Exactly?

Rum is a liquor made by fermenting and then distilling sugar — be it sugarcane, molasses, syrup or other sugar variants. The distillate is usually aged in oak barrels. Historically, most rums are produced in the Caribbean and South America as well as other sugar-producing countries, such as India, the Philippines and Taiwan.

The wide geography across which rum is produced has given rise to a number of different styles: dark, light, gold, spiced, etc. But whatever the style, the underlying flavor profile is typically sweet, toasted sugar. The origin of the name is shrouded in mystery. Etymologically speaking, rum may be short for “rumbullion,” a drink made from boiling sugar cane stalks. Another candidate is “rumbustion,” a slang word for a noisy uncontrollable exuberance. And a third potential source is that “rum” comes from “saccharum,” the Latin word for sugar. Or maybe it’s from the large drinking glasses or “roemers” used by Dutch seamen, known as “rummers” in English. In Japan, it’s simply known as ラム (ramu).

Japan has a half-a-millennia history of commercial sugar cane production. Sugar grows well on the sub-tropical Ryukyu and Ogasawara islands, as well as southern Kyushu and even on Shikoku. Since the beginning of the 20th century, the inhabitants of some of these places have been distilling sugar cane and producing local rum.

Unlike gin, the big players — read Suntory and Nikka — have not entered the rum market.  This means that your Japanese rum is coming from small-scale craft producers.

We’d be remiss if we didn’t mention Japan’s own “sugar alcohol” tradition — kokuto shochu. This drink is similar yet different from rum. Kokuto shochu is made with koji (the mold used in sake), shochu and awamori. Kokuto shochu carries a GI (geographical indication) protecting its production on the Amami Islands. The ABV (alcohol by volume) is at 25 percent, typical for shochu. Rum, on the other hand, punches well above that at 40 percent ABV or more. Nine Leaves, founded by Yoshiharu Takeuchi in 2013 in Shiga, produce the most balanced rum currently made in Japan. Takeuchi immediately made a name for himself with his unique production method, using kokuto sugar as a raw ingredient instead of molasses or sugarcane juice. Nine Leaves rum usually goes through two distillation phases. The brand is also known for its ageing experiments, such as experimenting with used Italian and French wine barrels. Expect classic rums in a Cuban style. Recommended bottles to try include Nine Leaves Almost Spring, Nine Leaves Encrypted (various batches – try Encrypted III if you can) and Nine Leaves Angel’s Half. Santa Maria gold is a Rhum Agricole rum, a style most well-known in Haiti and Martinique. It’s produced in Okinawa on Iejima, an island rich in sugarcane that has been cultivated since 1630. The Iejima Distillery formerly produced awamori. Their mission is to interfere as little as possible in pre-distillation steps, meaning no refrigeration of fermentation tanks. The rum is named after the White Easter Lily that blooms on the island. Whisky fans take note — this rum is aged in Nikka whisky oak barrels for two to three years, giving it a delectable smoothness and refreshing whisky-like finish. Enjoy notes of peach, pineapple and cocoa. Another Okinawan rum brand that’s making waves, Cor Cor is produced by the rum-specialist Grace Rum Company. CEO Yuko Kinjo was inspired by the similarities between the Caribbean and Okinawa, such as the shared history of sugarcane and sugar production. Cor Cor sources its sugarcane from the Island of South Borodino, Minamidaito. Harvested just once a year, the sugarcane is used to make both molasses and Agricole variations. The Cor Cor Green is a white Agricole Rhum made with cane juice, while Cor Cor Red is molasses-based. Both are bottled at 40 percent ABV. 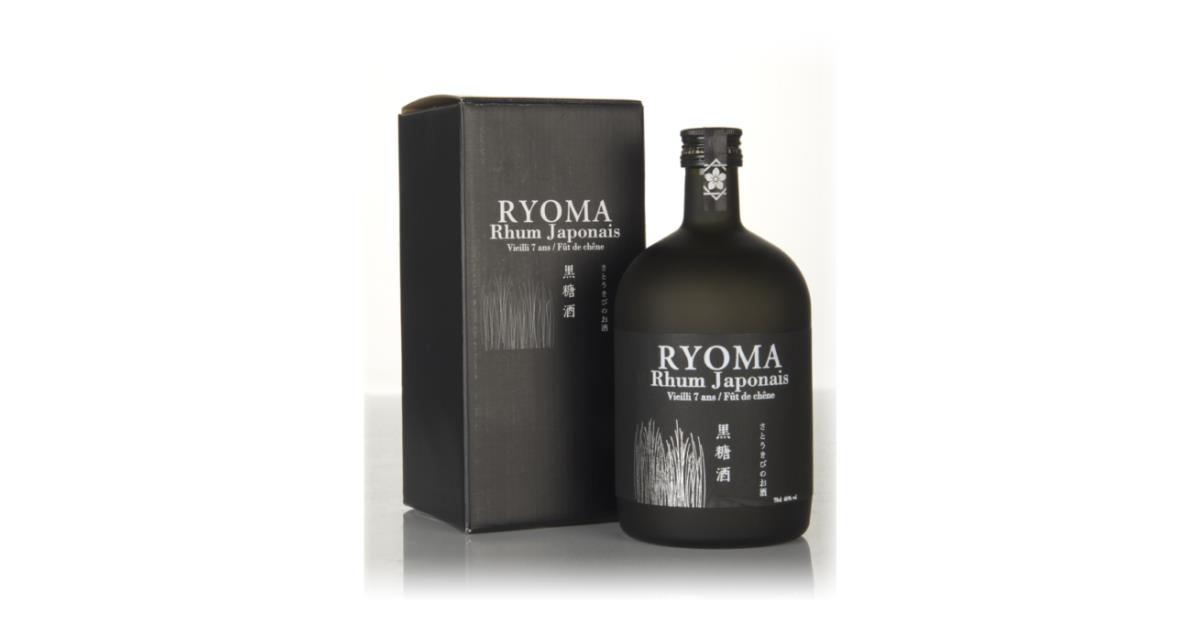 Kikusui Distillery is in Kuroshio, Kochi Prefecture. We suggest sampling the Ryoma seven-year-old rum, which is made from sugarcane grown on the island of Shikoku. It is aged in American oak barrels for seven years, resulting in rich, sweet rum with notes of caramel, vanilla and passion fruit. The name refers to Sakamoto Ryoma, the Meiji era revolutionary, who worked to overthrow the Tokugawa shogunate. It’s especially recommended for Jamaican rum fans.