The term ‘Star Wars Holiday Special’ may not jingle any bells for most, but it strikes fear into the hearts of devoted fans. In 1978, it was the title of two hours of unwatchable television (unless you cultivate a youthful so-bad-it’s-good viewing philosophy) that was quickly erased from history. It was never aired and rarely talked about again, yet apparently it can’t be deleted from the internet. Approach at your own peril; it will make your least favorite Star Wars episode look like Citizen Kane in Space.

The bar might not be very high, but the walkable Star Wars Holiday Special in Tokyo’s Marunouchi neighborhood fares much better. Named ‘Marunouchi Bright Christmas 2019 – Precious For You,’ it also has a much better title. We Wish You a Merry Star Wars Christmas

While an R2D2 replica in Santa Claus attire greets visitors at the Kokusai Building among a display of neatly wrapped gift boxes, the central hub for Star Wars gift-buying is the pop-up store in the Marunouchi Building, or marubiru, as the locals say. The store sports a little Christmas tree decorated with the likenesses of characters and spaceships from the Star Wars universe as well as the traditional Death Star on top (evil people celebrate Christmas, too). It pales, however, in comparison to that other Star-Wars-themed Christmas tree nearby, an impressive construction dubbed Rise Crystal. Its lights are inspired by lightsabers; the concept is meant to symbolize the struggle between the light and the dark side of the force.

If you are merely struggling with hunger, why not take a seat at the Marunouchi Café, doubling these days as the Rise Crystal Café. It doesn’t go out of its way to transport you to another galaxy (would waiters in stormtrooper gear or an alien jazz band be too much to ask?), but it has three screens playing relevant clips and commercials, and it offers a menu of decent Star-Wars-inspired food and drink items. I had the black pasta from the Dark Side, which comes with a Kylo Ren helmet filled with cheese. Granted, you will probably find a cheaper, bigger and tastier pasta meal elsewhere in no time, even in Marunouchi, but that is obviously beside the point. Santa Claus is Coming to Tatooine

If the cute merchandise in the good old Marunouchi Building is not cute enough for you, head over to Kawaii Uchu in the Shin-Marunouchi Building. Even if the force doesn’t pull out your wallet in the store there, at least take a picture with the infantilized versions of Chewbacca, R2D2, C-3PO and BB-8 on display. Star Wars doesn’t get much more Japanese than that.

Yes, the event is mainly a ruse to make you spend money on silly junk with funny robots or wrinkly Jedi masters on it. It is a bit too late for complaints that Star Wars has gone all commercial, though. I myself played with the action figures way before I was allowed to see one of the actual films; and that was a long time ago, in a bedroom far, far away. 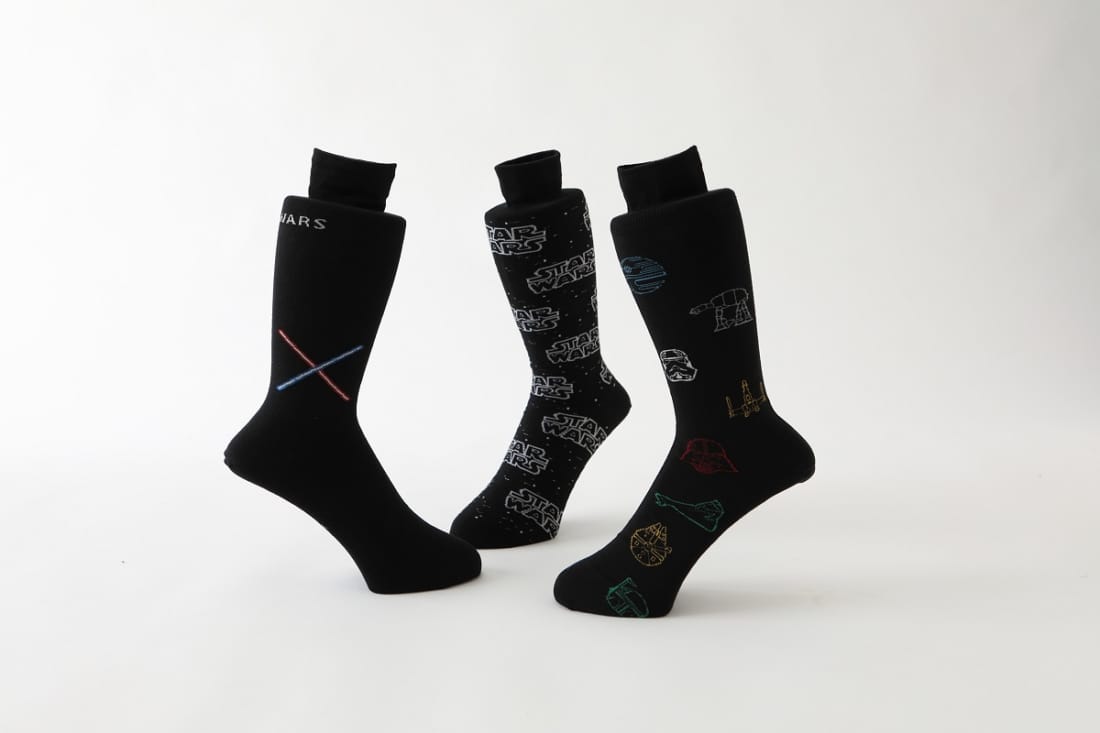 It’s Beginning to Look a Lot Like the Planet Hoth

At Kawaii Uchu, you will be treated to musical Christmas standards sung by C-3PO. At Oazo, you can lounge to the cantina jazz suspiciously missing from the Rise Crystal Café. The Harmony of Lights area here presents another fancy Christmas tree approximation, this time surrounded by shiny floating balls that will have the connoisseur think more of the Phantasm than the Star Wars franchise. There are also comfy seats for relaxation in the company of Porgs, those cute but pointless creatures from The Last Jedi. The Maruzen bookstore in the same building displays a poster gallery. Unfortunately, it does so between the elevators, so you will literally only have a passing glance.

All in all, there are eight locations in easy walking distance from each other, loosely themed around the first eight episodes from the film series – with the ninth installment arriving in Tokyo on December 20. Marunouchi Bright Christmas 2019 – Precious For You might hardly be a completely immersive Star Wars experience. Still, it adds a nice, geeky touch to the holiday season, and it provides a good incentive to discover or rediscover the glam and glitz of one of Tokyo’s most glamorous and glitzy areas.

Most attractions will run until December 25 in Marunouchi, in close proximity to Tokyo, Yurakucho, Nijubashimae, Otemachi and Hibiya stations.