Traverse the Twists and Turns of Sangenjaya: Area Guide

One of Tokyo’s oldest neighborhoods, “Sancha” is overflowing with food, fun and friendliness. To begin your Sancha daytrip, make sure you arrive the right way by taking the short, eco-friendly Setagaya Tram Line. It’s currently the only urban train service in Japan running entirely on renewable energy and it cuts leisurely through the quiet Setagaya neighborhood connecting Shimotakaido and Sangenjaya. Sangenjaya translates into English as “three tea houses” but these days it’s coffee that’s the dominant presence: Seven, Moon Factory Coffee and Cafe Obscura (along with its sister establishment Cafe Obscura Laboratory) come highly rated. However, perhaps inspired by the history of the area, the slick, minimalist tea shop Tokyo Saryo arrived in 2017, bringing with it self-developed hand-drippers that are used to bring out the flavor of the tea leaves. Served at optimal temperatures, the leafy options, which are sourced from across the country, cater for a broad range of tastes and can also be purchased from the shop. Unfortunately, none of the original trio of tea houses that gave the area its name exists anymore, though technically one has survived, albeit only in name: Tanakaya is a little further down from its original location due to a destructive fire, and now sells a grubby assortment of ceramics and tableware rather than tea. 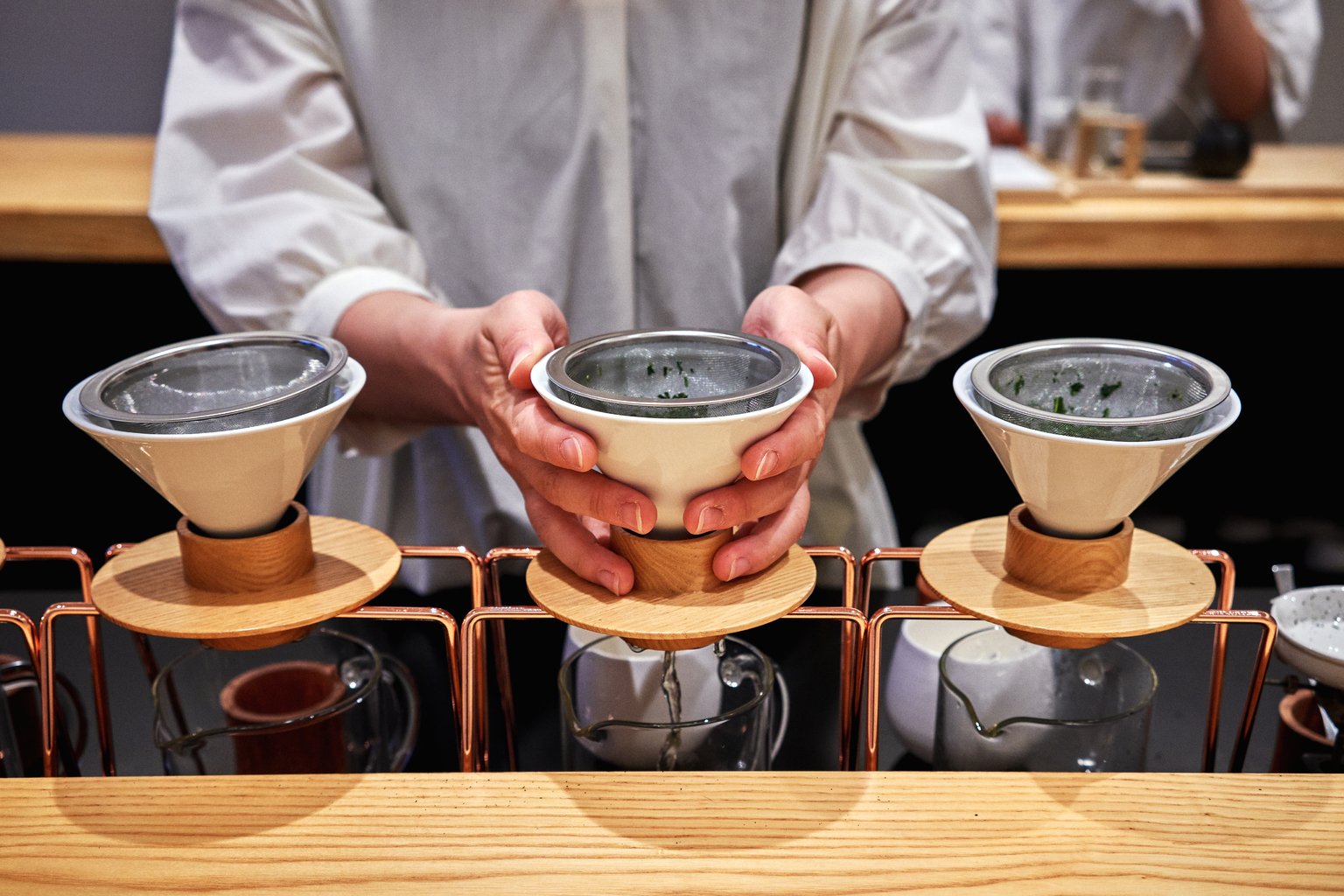 Sancha residents seemingly can’t get enough of hamburgers. Over the years an array of gourmet burger joints serving juicy mouthwatering options have opened up within close proximity to each other – Detroit Meat Choppers, Ten Fingers and Clap Hands are all worth checking out. Baker Bounce ranks high on people’s must-try list and queues tend to form pretty quick outside the small, slightly shabby, faux-American restaurant. The hefty burgers, with topping options that include a choice from four different types of cheese, come with a side serving of thick-cut potatoes and are worth the wait. 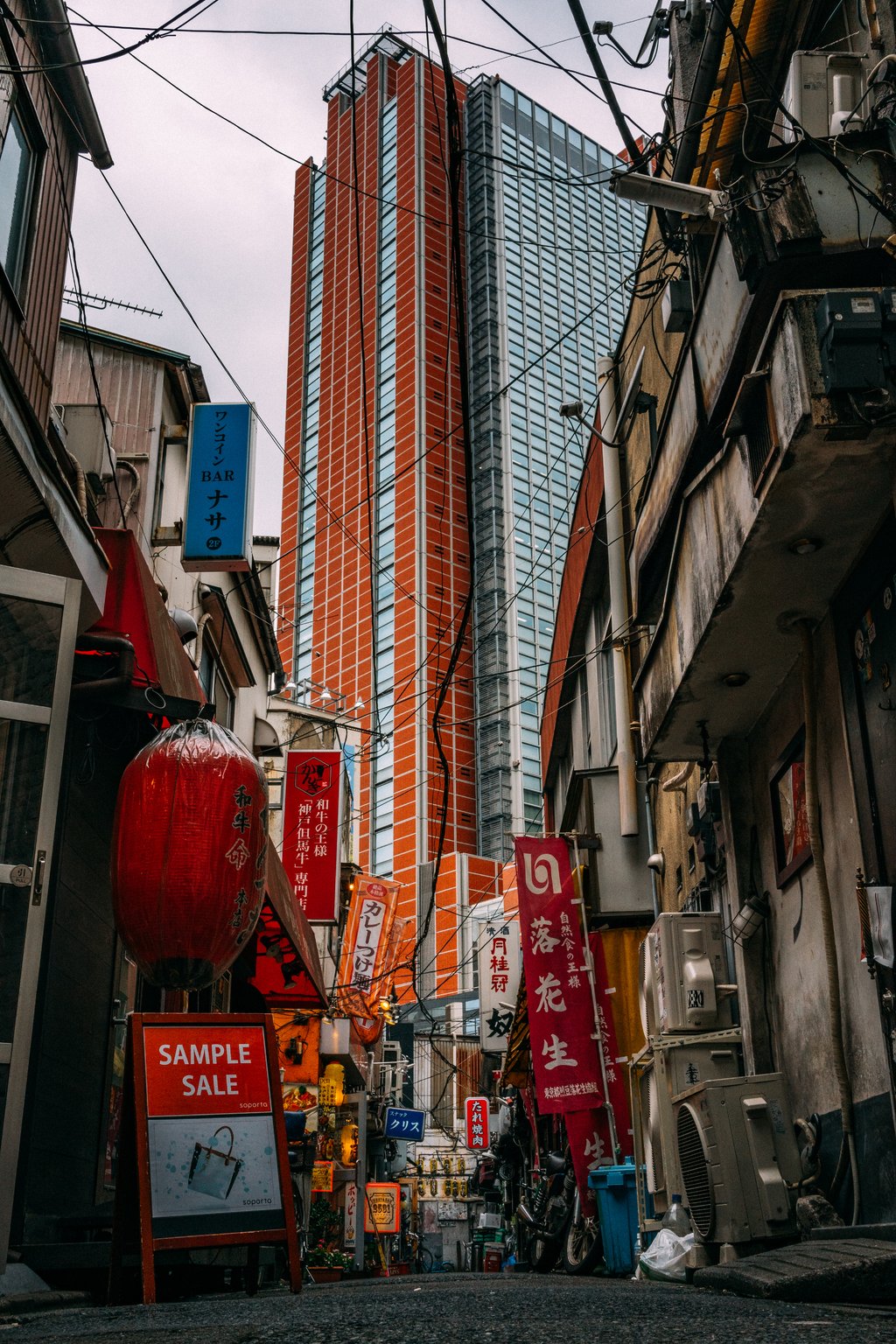 Take in a sunset from the rooftop bar of A-Bridge before heading down into the maze-like alleyways in an area known as Sankakugai (Triangle Street), which is packed full of tiny, intimate bars. Stop at nearby Gasa, a fugu (blowfish) specialist that serves hirezake (hot sake with a grilled fugu fin on top), or Tico – Stand Up Please, a small standing bar with an eclectic selection of homemade concoctions. For a quick bite, we recommend Gyoza Shack: pan-fried, deep-fried or boiled, they offer a range of interesting and generously stuffed cheese, vegetable and meat variants (even a banana and cream dessert gyoza should you fancy) that pair well with a glass
of the house wine.

Although disappointingly having no resemblance to the vegetable that inspired its naming by local junior high school students, Carrot Tower does offer a free observation deck on its 26th floor that gives you great views of the neighborhood below and, on clear days, Mount Fuji. It also has a reasonably priced café and a restaurant that looks out towards the skyscrapers of Shinjuku. Additionally, the tower is home to two theaters, the Greek auditorium-styled 600-seater Setagaya Public Theatre on the third floor (which also has a small, free art gallery) and the smaller Theatre Tram on the first, both offering a number of different performing arts productions. Also known as Kyogakuin and Meao Fudo, Saishoji Temple is a pocket of peace away from the high-street crowds. It’s also a good starting point for the Shoin-Taishido Walk, a leafy 4.6km pedestrian walkway with plenty of shrines and temples along the route to discover. For a more spacious oasis of green, take a brisk 20-minute walk from Sangenjaya Station to Setagaya Park.

Chock-full of sports and recreational facilities including a skateboard park, tennis courts and an outdoor pool (and the Setagaya Peace Museum that contains artifacts and images related to Japan’s involvement in World War II), it’s a great spot for kids. An NPO-run outdoor playground in a wooded area of the park offers activities such as craftwork and barbecue-building, while the younger ones can enjoy riding a mini steam locomotive – its big brother, on which it was modelled, can be found over in the kids’ play area.