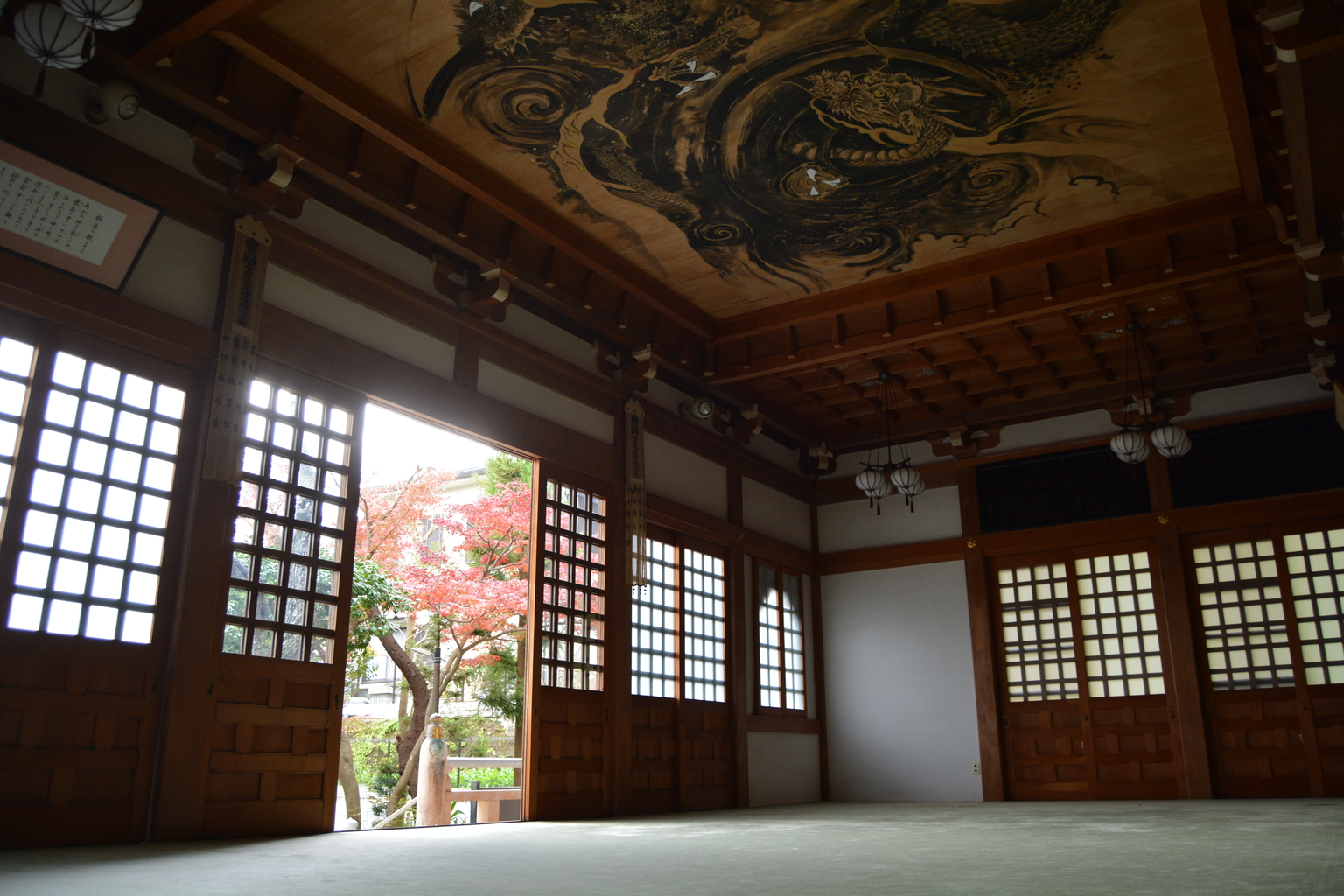 “Meditation is enlightenment itself” ~ Dogen Zenji, founder of Soto Zen

In today’s hectic, fast-paced world, sometimes what is most needed is to disconnect – to turn off the television and smartphone, tune out the glaring neon and urban din and simply live in the present moment, with no attachments. That is the heart of Zen.

Brought from China to Japan in the 12th century, Zen is a school of Mahayana Buddhism that emphasizes the pursuit of enlightenment and self-realization through meditation. Many aspects of Zen are inextricably woven into the fabric of Japanese culture, including the classical arts, martial arts, cuisine, and the Japanese language itself. According to Vice Abbot Daigo Ozawa of Tokozenji, everyday words like “genkan” and “aisatsu” originally had much deeper meanings pertaining to Zen. The Zen aesthetic of wabi-sabi, finding beauty in imperfection and impermanence, has guided tea masters, samurai, and artists for centuries.

The very core of Zen is zazen (seated meditation). In zazen the goal is simply to sit with correct posture (kekka-fuza, full lotus position) and controlled breathing, fully alert yet relaxed but with no deliberate mental focus – there is no visualization or chanting of mantras as in other Asian meditation traditions. In practicing zazen, we learn to regulate body (choshin), breath (chosoku) and mind (choshin). When all three are in harmony, all conscious thought ceases.

As 20th-century Zen master Kodo Sawaki Roshi described it, “Zazen is to tune into the universe.” Nearly everyone can benefit from zazen, which has been shown to decrease blood pressure, reduce anxiety, and increase serotonin levels. For those with mobility issues, zazen can be performed in a chair, or even as lying meditation for those with more severe conditions.

Many temples around Japan have begun offering zazen experiences in English aimed at beginners, and as such, are very accommodating (it is allowable to sit zazen in a chair, or to sit cross-legged or half-lotus position rather than full lotus position at first). After meditation, visitors have the chance to enjoy tea and engage in discussion with the priests. It is recommended to wear comfortable, loose clothing for zazen, and to avoid perfumes or scented lotions.

Here are four locations within one hour of Tokyo that offer zazen in English:

Vice Abbot Daigo Ozawa (one of the coordinators of the English zazen program at Kenchoji) offers English zazen for beginners at Tokozenji, a Rinzai Zen temple founded in 1282. The monthly zazen program (generally every second Sunday, not held in January or August) does not require advance reservation. Sessions last approximately two hours, include a brief English orientation, and cost 1,000 yen, with tea and Japanese cakes served afterwards.

Along with Eiheiji in Fukui Prefecture, Sojiji is a head temple of Soto Zen. Originally located in Ishikawa, the entire temple complex was rebuilt near Yokohama in order to spread Zen Buddhism in eastern Japan. Sojiji offers several zazen options including an English zazen for beginners monthly for ¥500 (followed by an optional guided tour of the temple).

Founded in 1253, Kenchoji is the oldest Rinzai Zen training monastery in Japan. Its zazen for foreigners program was started 10 years ago by Soin Satoshi Fujio of Dokuonji, who offers a wide range of classes on Buddhism and zazen in English at his temple near Yokosuka. English zazen sessions at Kenchoji are held five to six times a year for ¥1,000 (plus ¥500 temple admission); a question and answer session with tea follows.

Head priest Eon Asahina of Jochiji in Kamakura offers an introduction to zazen set in a stunning 80-year-old teahouse next to the temple. After a 40-minute zazen session, participants can enjoy homemade wagashi (Japanese sweets) and matcha tea with the priest. Beginners are welcome and chairs are provided upon request.
Kamakura Mind also offers numerous other cultural experiences with Zen roots, such as a tea ceremony experience (Myōan Eisai, founder of Rinzai Zen, brought back green tea from China), pottery making, and shojin ryori cooking classes (vegetarian Buddhist “devotion cuisine” that originated in Zen temples of the Kamakura Period).

If you’re looking for a place to stay while you meditate, check out our roundup of temple stays across Japan.