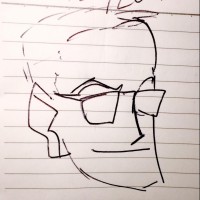 Take in a Musical at Warabi-za Theater

Dedicated to preserving traditional Japanese folk music and dance, musical troupe Warabi-za set up shop in Akita in 1951, and from April to November, put on near-daily performances in their very own 600-plus seat theater. The theater is part of a larger complex called Akita Art Village, where you can learn more about folk music, make your very own art and crafts, and even go blueberry picking. When you’re ready to unwind, take a dip in the village’s hot spring, check into its attached hotel and sample its award-winning German-style craft beer, brewed on site. If you’re a fan of Japanese arts and crafts, you’ve no doubt come across these dolls (if not, imagine Nintendo’s Mii avatars, apparently inspired by them). With their large, spherical heads and thin necks supported by cylindrical bodies, the charmingly simple look of these kokeshi dolls belies the craftsmanship required to create them. Akita’s version, Kawatsura kokeshi, can be seen (and heard) in Yuzawa, where they’re on display at the city’s crafts museum and can be regularly spotted at festivals and events. Revel in the Sounds of Japan’s Largest Tug of War

The stretching of the 20-ton rope, the heave-ho of the participants and the passionate cheers of the crowd: it’s all part of the aural experience at the annual tug of war in Kariwano, which has been going on for 500 years. The February event, traditionally used to foretell the coming year’s rice harvest, involves from 5,000 to 6,000 participants and one seriously long rope, which is 200 meters long and 80 centimeters in diameter. Get Shaken by the Roar of the Namahage

Passed down from ancient times and Japanese folklore, the Namahage festival involves masked men draped in straw capes making their entrance during New Year’s rituals, and admonishing the children of Akita to be good for goodness sake. They’re also the stars of the Namahage Sedo Festival, which takes place each February in Oga, where they dance, beat taiko drums, and roar their way up and down the mountain, leaving more than a few trembling youngsters promising to be good for another year. Kick It to Kabuki in a Classic Wooden Theater

The city of Kosaka is home to the Korakukan, one of the oldest remaining wooden theaters in Japan dedicated to kabuki theater. Built in 1910, the Korakukan has a Western-style facade, but a classic Japanese interior, where patrons sit on cushions on top of tatami mats. Though the theater looks much the same as it did over 100 years ago, performances have been updated to a more modern form of kabuki which incorporates comedy, dance, music and contemporary themes.

Every July, over 20 giant floats called hikiyama are paraded through Akita’s capital city on their way to Tsuchizaki Shinmeisha Shrine in one of the prefecture’s most vibrant and exciting festivals. The floats, which can reach up to 15 meters in height, depict the samurai of the Sengoku Period, when the various warlords of Japan were locked in battle for the future of the country. Participants in the festival unleash that same samurai energy, chanting, drumming and dancing their way through two days of intense revelry.