Noh Workshops Offer a Chance to Step onto a Sacred Stage

If all the world’s a stage, then one door into Japanese culture may be found in studying the theatrical tradition of Noh.

The gulf between western and eastern culture can seem impossibly wide at times, guarded on either side by subtle social cues and formidable language barriers. For foreigners living in Japan, the desire to access and understand the culture can often be eclipsed by a fear of breaking unknown rules or upsetting the status quo.

But the innate desire remains—to connect, to experience, fathom, and most of all, to belong. One way to help bridge that gap is through the arts: sometimes learning the “language” of an art form with the help of a guide can shed a bright light on a country’s culture. Yoko Layer, an experienced Noh theater performer and teacher, is one of those guides. A former model trained in Russian acting and Japanese Noh, she is determined to bring new life to the art form and to debunk the myth that Noh is abstruse or restricted. “People always say that understanding and connecting with Noh theater is unattainable,” Layer says. “But there is no high expectation from the performers towards the audience. There is no ‘dress code’ that the audience must meet.” 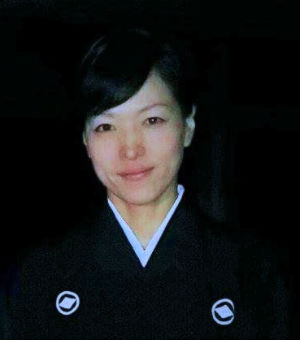 Layer graduated from Tokyo Gakugei University and then studied the Stanislavsky system with Russian director Leonid Asimov. In 2004, she began studying Noh as an apprentice in the Umewaka Rokuro branch of the Kanze school—an impossibility until only 50 years ago, when women were first allowed to advance beyond amateur level. Attaining professional status, Layer became a Kanze Noh instructor in 2010 and began workshops for the public in 2012, the same year she performed the lead in “Hagoromo” for the first time.

“I saw Umewaka Rokuro communicating deep human thought onstage, and [I thought] I would like to be able to communicate those deep human feelings,” she said. “I hope to…increase interest in Noh theater, and find a way to connect with as many people as possible, to help them find a greater understanding.”

The English workshops are held monthly at Umewaka Nohgaku Gakuin Kaikan in Higashi-Nakano. Despite the unassuming, well-worn “classroom,” you may feel awkward and uncertain of what’s to come or what will be expected of you. The day I attended—a Saturday afternoon—we were three women who knew next to nothing about Noh and nervously awaited our fate.

But Layer is disarmingly open and candid; from the start the workshop felt like meeting a friend after-hours at their work and getting a behind-the-scenes peek. We began with a brief introduction and then a tour: the backstage/dressing room area, the stage, the hall. We learned that the stage represents reality, life on earth, and backstage the pre-life or afterlife: when a performer enters the stage, they cross an invisible barrier between spiritual and physical realms. After that we practiced singing a low-toned Noh chant, movement with fans, and then combined the two.

We bounced back and forth between rehearsal and performance space, between Layer’s sober demonstrations, silly stories and personal anecdotes. By moving casually from classroom to stage and back, openly asking questions and making requests, workshop participants gain not only experience, but a sense of ownership—you are free to roam these halls without hesitation, much as the performers do.

Walking blindly, mask balanced, taking tentative steps on the stage, you feel as if you are seeing through peepholes into another world. Now, when you go see a Noh performance (and you will want to), you not only understand, you possess.

“I feel much more confident about attending as a foreigner now that I understand the background of [Noh],” said participant Laura Natusch, a marriage and family therapist from Easton, Massachusetts. “Now I know what to look for.”

It’s not hard to see; you just need a guide. “People have similar experiences no matter what culture they come from: love, loss, jealousy, great happiness,” Layer explains. “I hope that people can come to Noh theater all over Japan, to enjoy and participate in it as partners as much as audience members.” To find out more about the Noh workshops, send an email to [email protected]