UFC heavyweights Mark Hunt and Roy Nelson paid a visit to Camp Zama, giving us a look at the firepower they’ll be bringing to their matchup in September.

On September 20, the Ultimate Fighting Championship will be making its return to Japan with UFC Fight Night 2014. Headlining the fight card are Mark “Super Samoan” Hunt and Roy “Big Country” Nelson, who were both in town last week, for the fight announcement and to take in Tokyo. They also dropped in at a US Army base to support US troops.

Following a visit to a sumo dojo and a local MMA gym during the week, Hunt and Nelson went to the US Army’s Camp Zama, which was hosting an event to welcome back troops from Afghanistan. Plenty of outdoor activities were planned for Saturday, but the tail end of rainy season often means wet weather and frequent changes in plans. 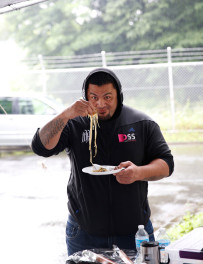 Soldiers and their families had to take shelter under tents for the better part of the afternoon, but it was still a lively day, with a festive atmosphere and live music provided by the 296th Army Band’s own Uncle Sam’s All-American Brass Band, as well as tunes old and new mixed up by Tokyo turntablist DJ Curtis.

Hunt and Nelson were a hit with soldiers and kids alike, as they posed for photographs, got a taste of some US-style barbeque, and hit the basketball court. Before they left, they met with some of the top brass at a party at the general’s residence.

It’s clear that the two fighters have a good rapport with each other, even though their personalities are quite different: Hunt is definitely the joker of the two, while Nelson comes off as much more serious. But even though there may not be any bad blood between Hunt and Nelson, you can also tell that, when they step into the Octogon at Saitama Super Arena in September, neither one is going to back down.

Want to get in on the action? Buy your tickets to UFC Fight Night Japan 2014. 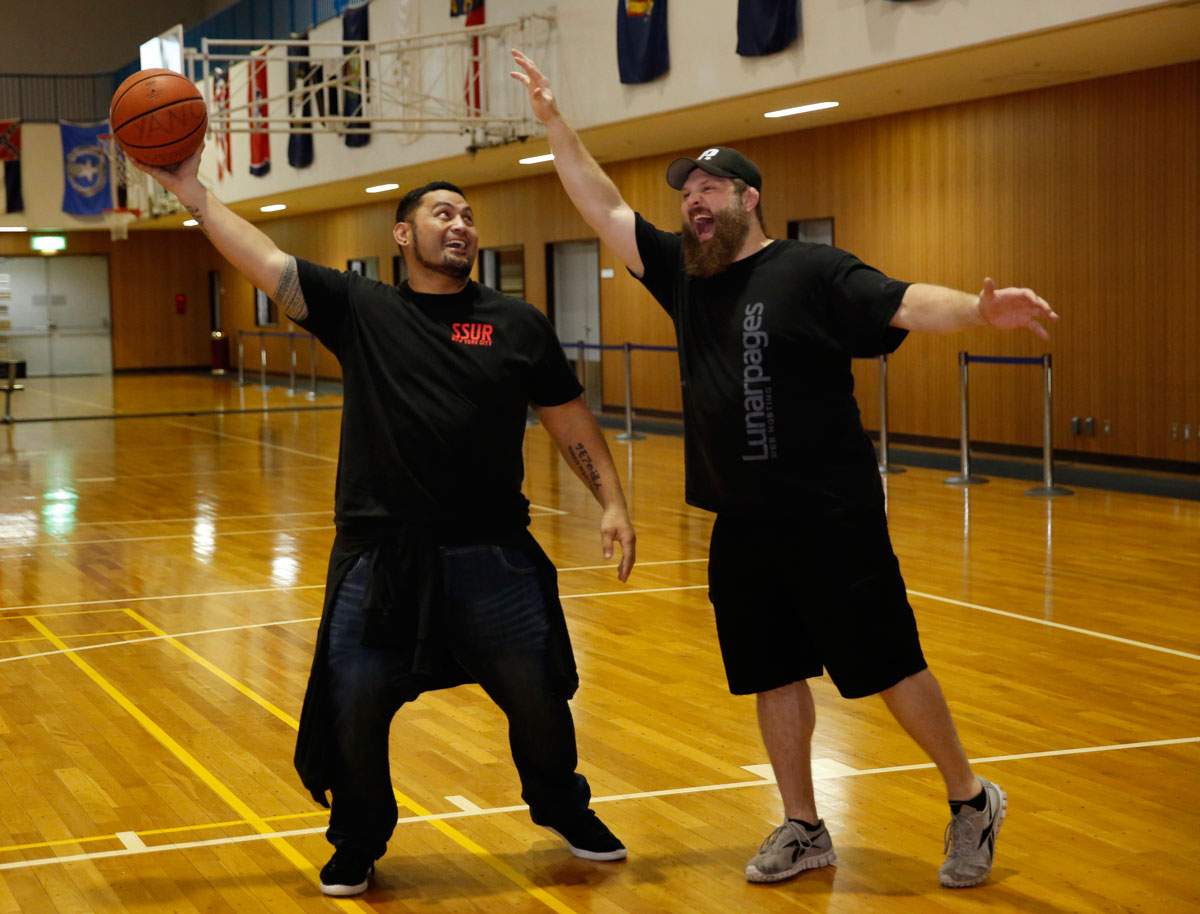