Bill’s Slice of Sydney in Tokyo

The opening of the new Bill’s restaurant in Odaiba’s Decks mall is good news for two reasons. One: It signifies that foreign business people still have faith in the fragile, post-quake, recession-hit Japanese economy. And Two: Tokyoites get to eat bills’ famed ricotta hotcakes and organic scrambled eggs—without trekking to Yokohama or Kamakura. Result!

The restaurant couldn’t be placed at a better location, though Odaiba is best known for dull office buildings and shipping cranes, it has two things in abundance—water and lots of space. The vast open room of bills conjures up a laid back, sun drenched image of Australian cafe, with light wood, large communal tables, fresh flowers and plants and racks of hip foreign books and magazines. The expansive windows offer views of the Tokyo cityscape (something impossible on the mainland).

There are enough tables to fit hundreds of diners, something that can’t be said of bills other cramped Japanese outlets. At the Kamakura branch in particular, lining up for hours was as much part of the dining experience as bills hotcakes. Thankfully not anymore.

The menu is high quality Australian fare, done well. That is: chicken schnitzels, salads and pastas. Light, organic, high-flavour food in a very friendly relaxed atmosphere. The swordfish, in particular was stunning, very soft and very tasty. The wagyu burger, though delicious, was way too small, (but maybe just right for a Japanese portion). The tradmark pancakes are suprisingly good. Light, fluffy and sweet (best with lashings of maple syrup). A kids menu has been introduced at bills Odaiba (a world first). A row of high chairs stand ready to receive hordes of families. The kids menu, like the adult version allows children to choose, from a selection of mains, drinks and desserts.

Bill himself is becoming somewhat of a star, his smash hit TV shows and series of cooking books are currently inspiring people all over the world, in fact his books are available in eight languages. I for one am cheering on bills new Tokyo venture, but I’m hoping it doesn’t get too popular, too soon.

A friend of mine commented “Why travel to Odaiba to eat bills hotcakes, when his recipe is online?” She simply didn’t get it. Relaxing with friends over a flat white* and great food, while flicking through foreign magazines at a designer table is an affordable luxury worth paying for. Good on ya Bill! 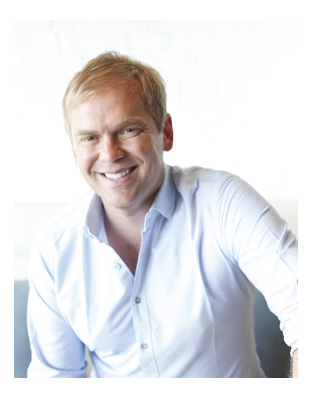 Bill Who?
Bill Granger is an Australian restaurateur, TV host and author who makes “the best breakfast in the world.” At 22 he opened his first Bill’s restaurant, in Darlinghurst, Sydney. Just three years later his second restaurant was opened. In March 2008 he opened his first restaurant in Japan and rumour has it, he is currently busy working on one in London. In all, he has sold over one million books, translated into eight languages.

A Flat What?
A Flat White is a style of coffee popular in New Zealand and Australia. (Think: cafe latte, but without the foam). The drink has now gone global: You can now order one in UK, US and Japanese coffee shops. Wikipedia says: “Derek Townsend, co-owner of DKD café in Auckland claims to have developed it, though acknowledges that the term was already in use in Sydney (in the 1980’s) to describe a similar style coffee.”

What About the Kids?
bills Odaiba is the first of his restaurants to feature a specially prepared kids menu. Children can choose their own meal, drink and dessert, just like their parents. To relieve waiting times families are also given coloring books and pencils. The large open room, communal tables and high-chairs all add to the family friendly atmosphere.