How do movie-goers know it’s the summer season? Simple—the special effects start getting flashier and the sound effects start getting louder. Last year it was the return of Indiana Jones, the high-kicking thrills of Kung-fu Panda and the runaway success of The Dark Knight. This year, the return of another old friend marks the start of 2009’s blockbuster movies in which the long-delayed franchise revival of Star Trek blasts off for one wild ride. Russell Crowe and Tom Hanks are sneaking around the shadows in State of Play and Angels & Demons, respectively, and if you need a break from all that action, there is the chance to enjoy the finer points of Manhattan with Confessions of a Shopaholic. Enjoy.

The much feted BBC television drama about a murky conspiracy at the heart of British politics has been condensed and Americanized into a lively, old-fashioned political thriller. State of Play sees Russell Crowe as a ruffled defender of the power that old-fashioned reporting still has in the digital age, investigating and coaxing admissions from a fast rising US Senator (played by Ben Affleck) while conflicting with Rachel McAdams’ sprightly blogger as the two uncover the details behind a mysterious double murder on the streets of Washington DC. Director Kevin Macdonald plays it sensibly straight, resisting the urge to draw any real-world parallels, and conceiving the political thriller as solid, popcorn entertainment. 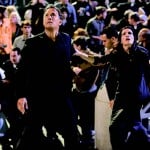 Angels & Demons After a murky haul through the depths of old Europe in The Da Vinci Code, Tom Hanks and director Ron Howard bring Ewan MacGregor into the controversial imagination of Dan Brown with Angels & Demons. Tom Hanks reprises the role of Robert Langdon, a Harvard symbologist who has exactly 24 hours to save Rome and the Catholic Church before a secret society from the past blows everything up. Much running around the eternal city ensues, but with too much time spent on explaining the backstory and architecture, a great deal of the thrill is lost. Probably more enjoyable to history buffs than to action movie fans. 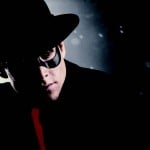 The Spirit Influential 1940’s graphic novel, The Spirit, in which a hard-to-kill gumshoe working for the police takes down criminals the old-fashioned way, is faithfully brought to the screen in this visually adventurous but slightly gruesome movie. Renowned comic scribe Frank Miller, the man originally behind The Dark Knight, Sin City and 300 goes even further with this heady blend of live action and CGI animation. While those who are not junkies of comic books or films based on them may not get it, fans of the above movies will be enthralled, finding the script intricately crafted and the performances ripe and enthusiastic. 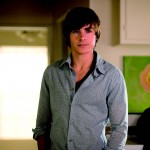 17 Again 17 Again dazzles and delights as the unfeasibly wholesome Zac Efron (best known for his role as the lead character in the High School Musical franchise) faces up to the real-world dilemmas of life after the bell. Haven given up being the coolest kid in town to marry his pregnant high school sweetheart, Zac’s character wakes up 20 years later, divorced, unemployed, estranged from his kids, and generally unhappy. A magical transformation that returns him to his 17-year-old self allows him a second chance to get things right. Swept along on a tidal wave of good vibes, 17 Again delivers on all fronts: good jokes, great stars, and a near-teary finale as we learn the importance of family. A-plus for effort, if not for originality. 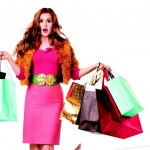 Confessions of a Shopaholic Based on a series of novels by Sophie Kinsella and unfortunately conceived before present economic times, this girly romantic comedy won’t be winning any awards for subtlety. Isla Fisher plays Rebecca, a Bridget Jones-style single girl in Manhattan who persistently maxes out her credit cards on designer clobber from posh stores, but without a care in the world. It’s by-the-numbers stuff, but all so colorful and worry-free that you can’t take offense as the plucky heroine learns all about red ink the hard way. Fans of Sex and the City will be happy to know that the costumes were conceived by none other than renowned stylist Patricia Field. 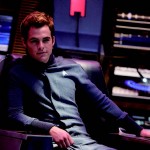 Star Trek For a hard core Trekie like myself, this was a great film, not only for all of the obvious reasons, but also because of the talented young cast which promises many more episodes to come. Right from the get-go this one is a thriller with more than its fair share of explosions and innovative technological solutions to the standard set of aggressive alien attacks. Zachary Quinto took some getting used to as Spock, but not because of any fault of his (more because his wonderful turn as Sylar in the television drama Heroes has him clearly etched in my mind as a ‘bad guy’). Nonetheless, don’t miss this one. It will certainly appeal to bona-fide Star Trek fans, but even non-Trekies won’t be disappointed. 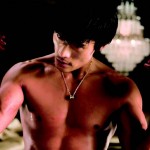 I Come with the Rain A former American police officer (played by Josh Hartnett), dealing with a traumatizingly dramatic experience in his past, takes on a job as a gumshoe for a millionaire with the goal of finding the millionaire’s missing son. In his quest, he travels to numerous countries across Asia, and along the way he reconnects with an old acquaintance who is on the police force in Hong Kong. He becomes the dark horse, entangled between the mafia drug gangs, the police, and flashbacks from his past. The graphic violence is offset with the occasional flash of a cross, providing some kind of obscure religious symbology. Outstanding performances by the young international cast, which includes Lee Byung Hun and Takuya Kimura.