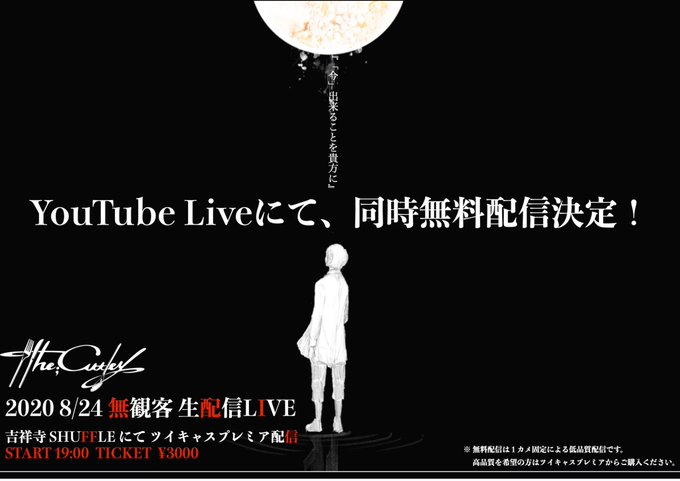 Japanese alternative band The;Cutlery, who recently released their new album, water;echo, will make a non-guest concert livestream for all their fans and also those who are interested in them but haven’t still listen to them live.

The live will be held at Kichiyoji’s SHUFFLE livehouse on August 24, streamed via YouTube worldwide and also via Twitcast as for another option on viewers from Japan (you need a Japanese IP address to get this site’s tickets).

The Youtube streaming will be free, while the Twitcast one will require a ticket. Of course, the quality and features are going to be superior than the free version.