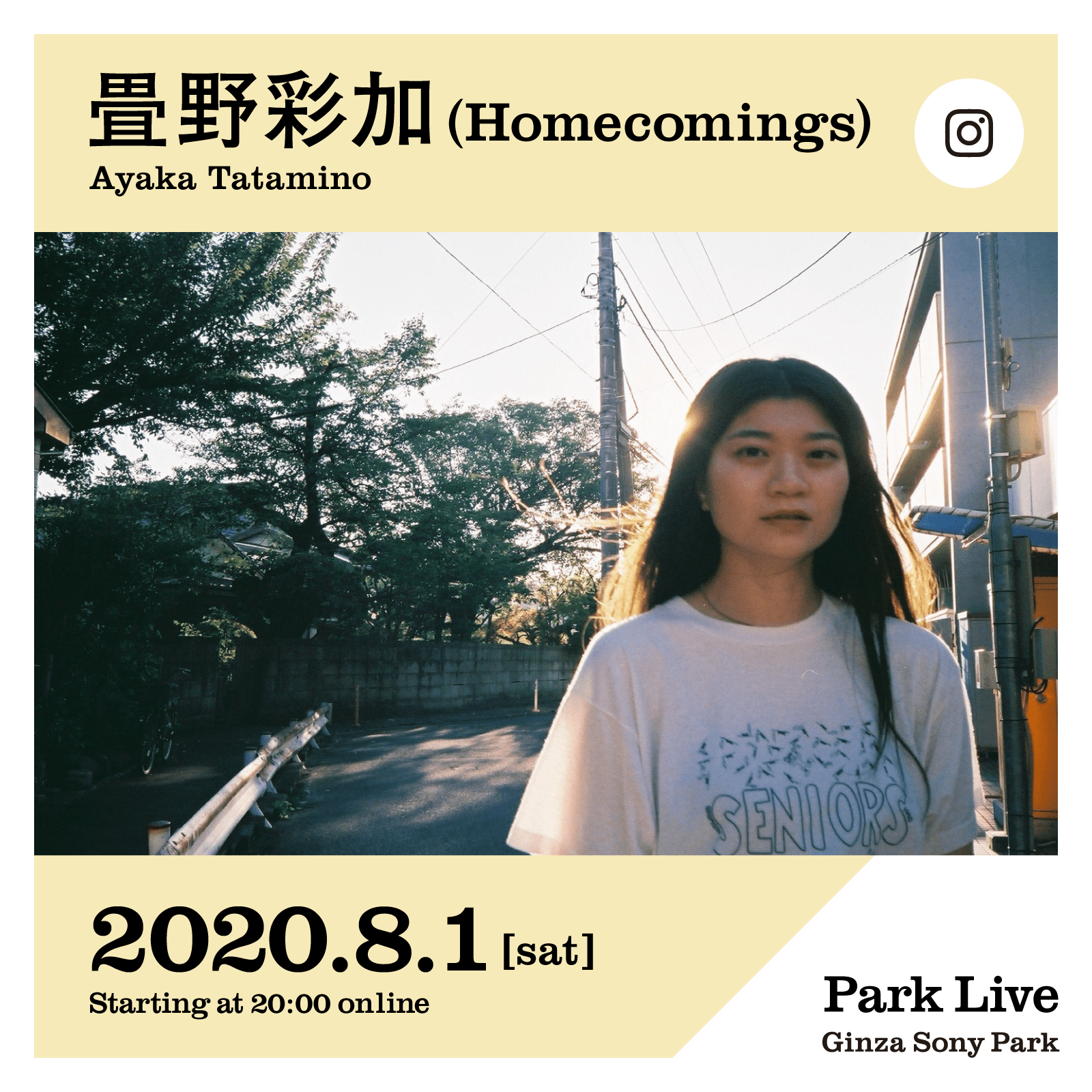 Ayaka Tatamino, guitarist and vocalist of indie quartet Homecomings, joins Ginza Sony Park’s online streaming series. The band has been working vigorously since 2012, performing overseas and even playing Fuji Rock four times and appearing alongside artists such as Mac Demarco and The Pains of Being Pure at Heart. They released their album WHALE LIVING in 2018, and in 2019 they released the single “Cakes” for the film Just Only Love. With sweet and mellow instrumentals and Tatamino’s voice to match, Homecomings’ seasoned indie-pop princess is bound to charm.

To watch the show, check out Ginza Sony Park’s Instagram.