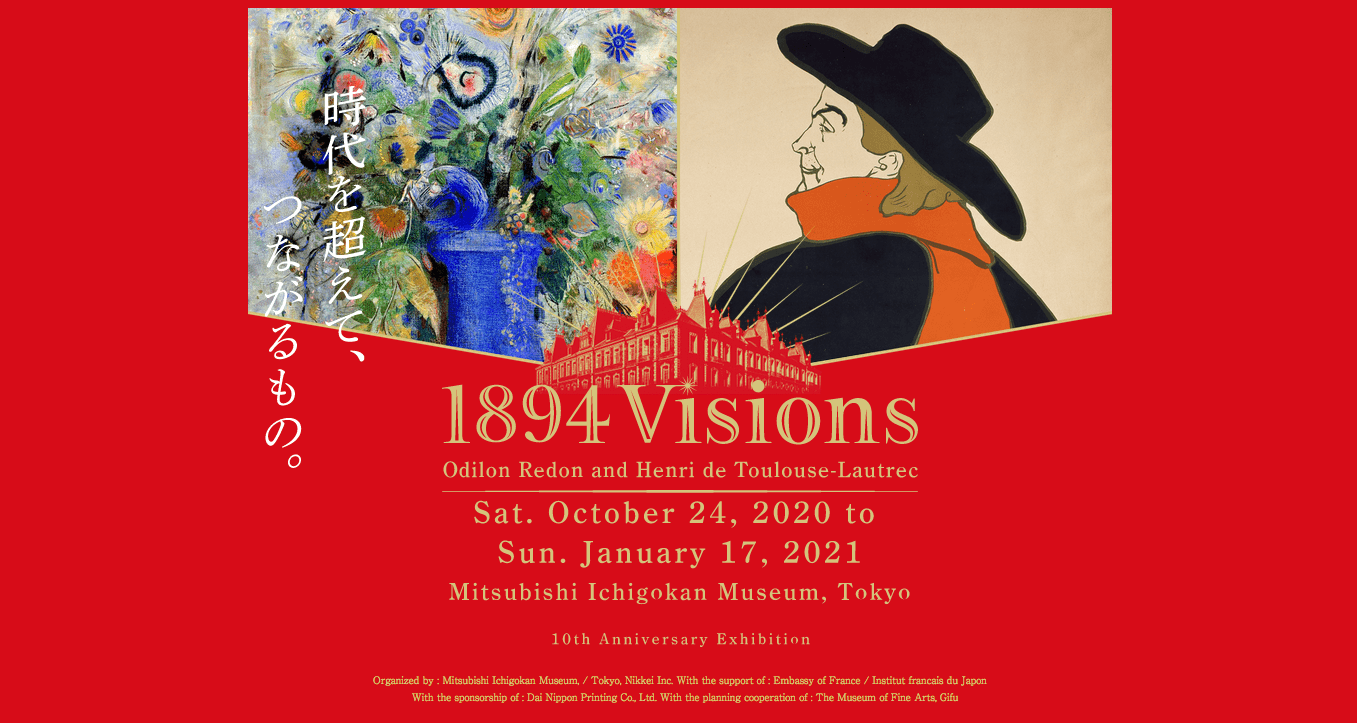 To celebrate the 10th anniversary of the Mitsubishi Ichigokan Museum, Tokyo (MIMT) this spectacular exhibition focuses on the art of 1894, the year in which the museum building first opened. The historic Mitsubishi Ichigokan building will host over 140 artworks from Japan and overseas, presenting significant pieces from the time period when Odilon Redon released his first color work and began contributing to the legendary print portfolio L’Estampe Originale alongside other great names such as Henri de Toulouse-Lautrec and Paul Gauguin. The exhibition also looks at the work of Japanese Western painters during this era, including Yamamoto Hosui, and their connection to European art history.