Tokyo Comic Con is back, marking the end of its three-year Covid-19-driven hiatus. Held across five halls in Chiba Prefecture’s Makuhari Messe, Tokyo Comic Con 2022 was double the size from the last Comic Con in 2019.

As a reaction to the pandemic-related gap, this year’s theme was “Connect — A place for new connections,” with the goal of creating a space where different cultures and personalities can meet.

The event was founded by Stan Lee, comic book legend and Marvel Comics publisher, and Steve Wozniak, co-founder of Apple. They held an event in Silicon Valley and decided to go global with a sister festival in Tokyo, collaborating with Mitsuaki Munegumi, president of Tokyo Comic Con. The first event was held in 2016, and the comic convention has grown bigger and better each year (excluding the pandemic hiatus).

The comics powerhouses Marvel and DC had a strong presence at the event this year. Marvel is definitely winning over DC in Japan with a much more significant impact on the merchandising side and Chester B. Cebulski, Marvel Comics Editor-in-Chief, appeared on stage several times.

Here’s a look at what we saw over the weekend at Tokyo Comic Con 2022. 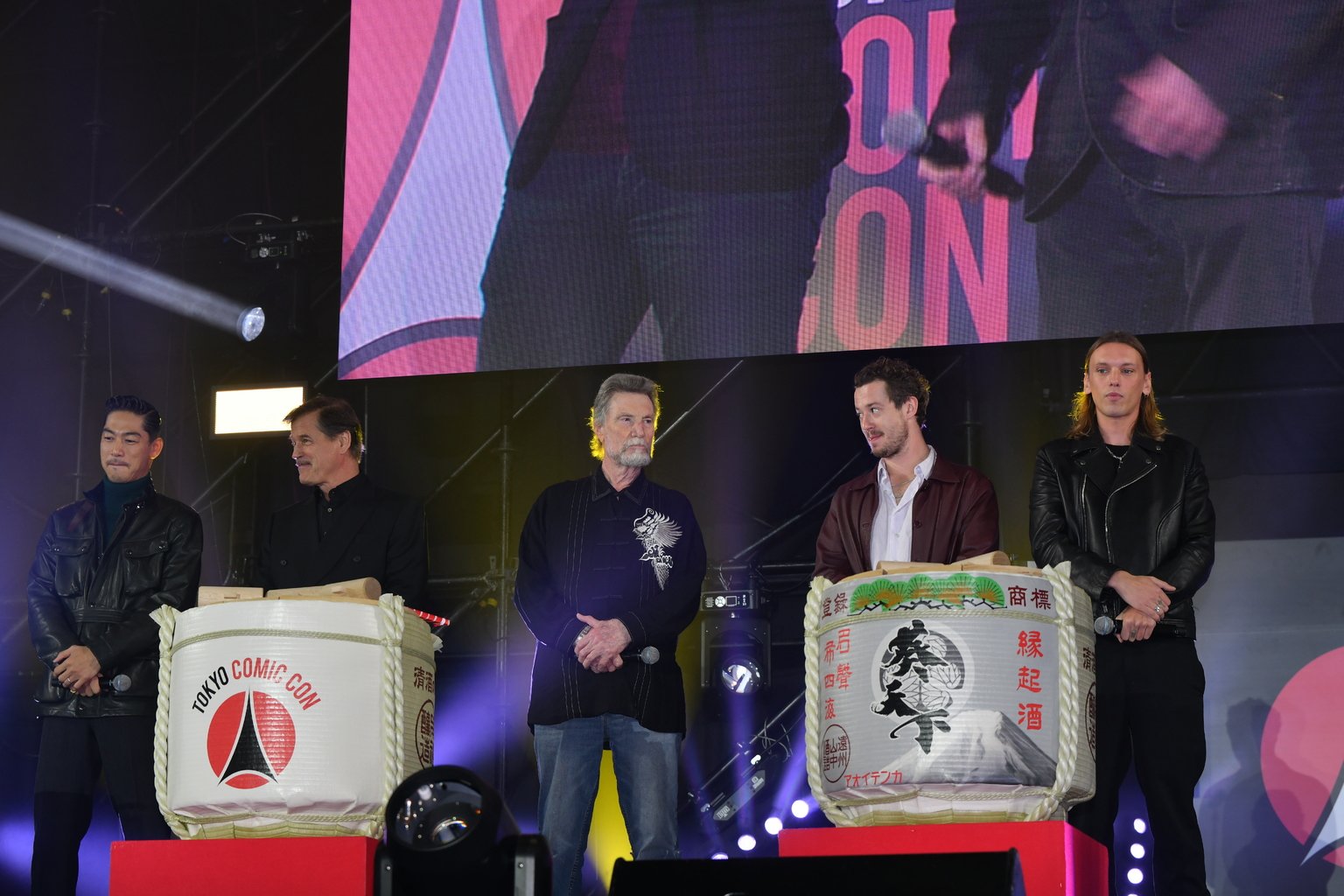 As with the vast majority of Comic Cons, the focus is on celebrity guests (usually involved in franchises based on comics). This year there were 13 guest celebrities, including Hayden Christensen (Star Wars), James McAvoy (X-Men), Karen Gillan (Doctor Who and Guardians of the Galaxy), Anthony Daniels (C-3PO in Star Wars), Christopher Lloyd (Back to the Future) and Joseph Quinn and Jamie Campbell Bower, who portray the characters Eddie Munson and Vecna, respectively, on the hit Netflix show Stranger Things.

The stars took center stage for the opening ceremony, which involved a kagami biraki — a ceremonial opening of a sake barrel with mallets.

Eager fans lined up for autographs and photo ops (sold as separate tickets), and the celebrity guests appeared in various talks and panels throughout the weekend. Tokyo Comic Con is a cosplay-friendly event — as one would expect. Cosplaying fans add color to the venue and show off their cosplaying skills to likeminded individuals. However, as is the case with various conventions in Japan, prospective cosplayers had to pre-register and pay ¥1,000 on top of their admission ticket and ¥2,000 if they wanted early entry. Both tickets gave cosplayers access to a changing room and cloakroom. 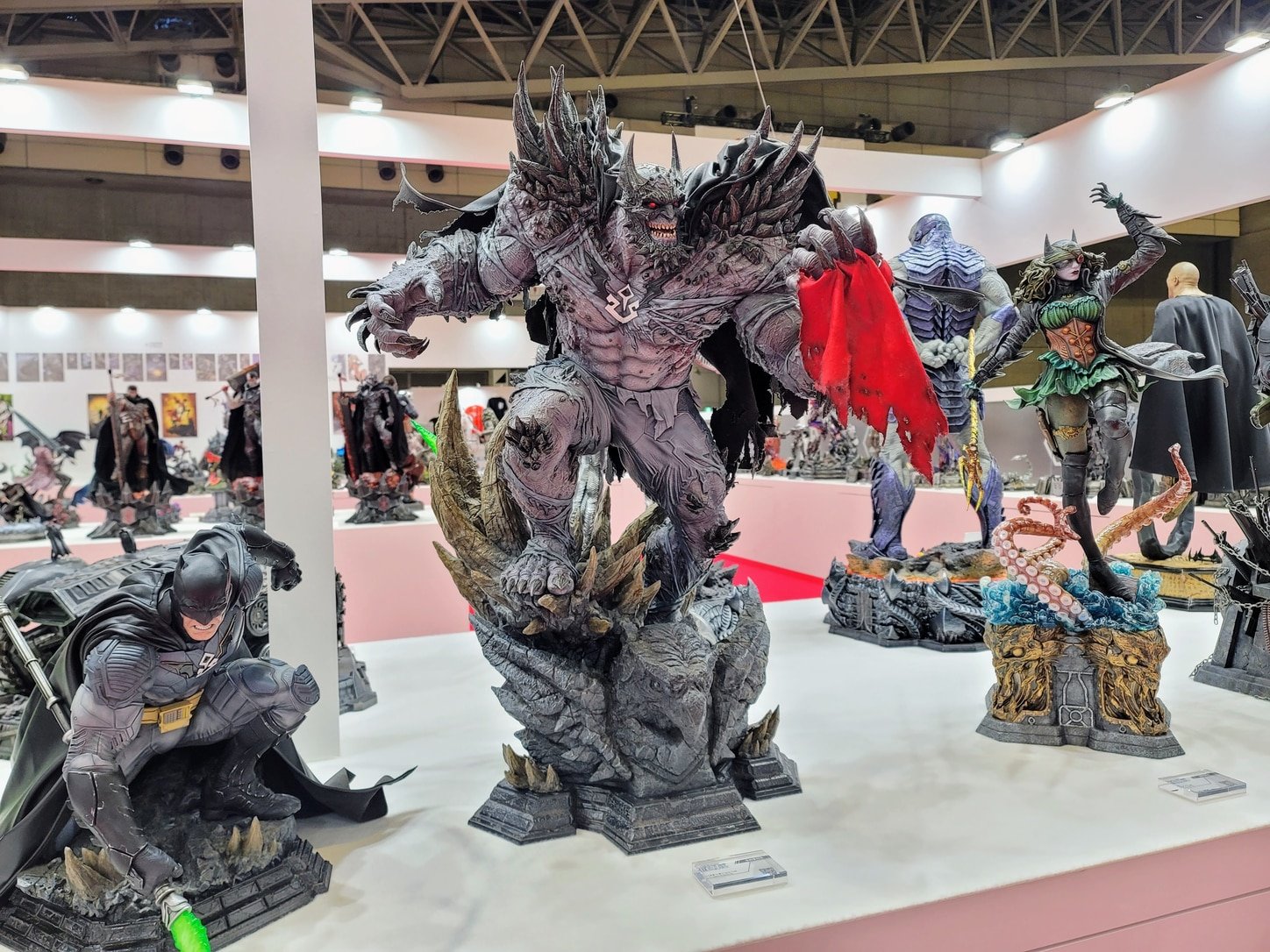 The merchandise stands saw coveted items selling out a few hours into the first day, including most Bathing Ape x Marvel sneaker collaborations.

Prime 1 Studios makes licensed and proprietary collectible statues. It holds licenses for a number of flagship properties, many of which were on show at its enormous booth at Tokyo Comic Con.

Standouts included A Batman Tactical Throne diorama, complete with working monitors, a concept designed by Gabriele Dell’Otto and statues of a number of characters from DC’s Dark Knights: Metal, including The Red Death, The Devastator and The Batman Who Laughs. 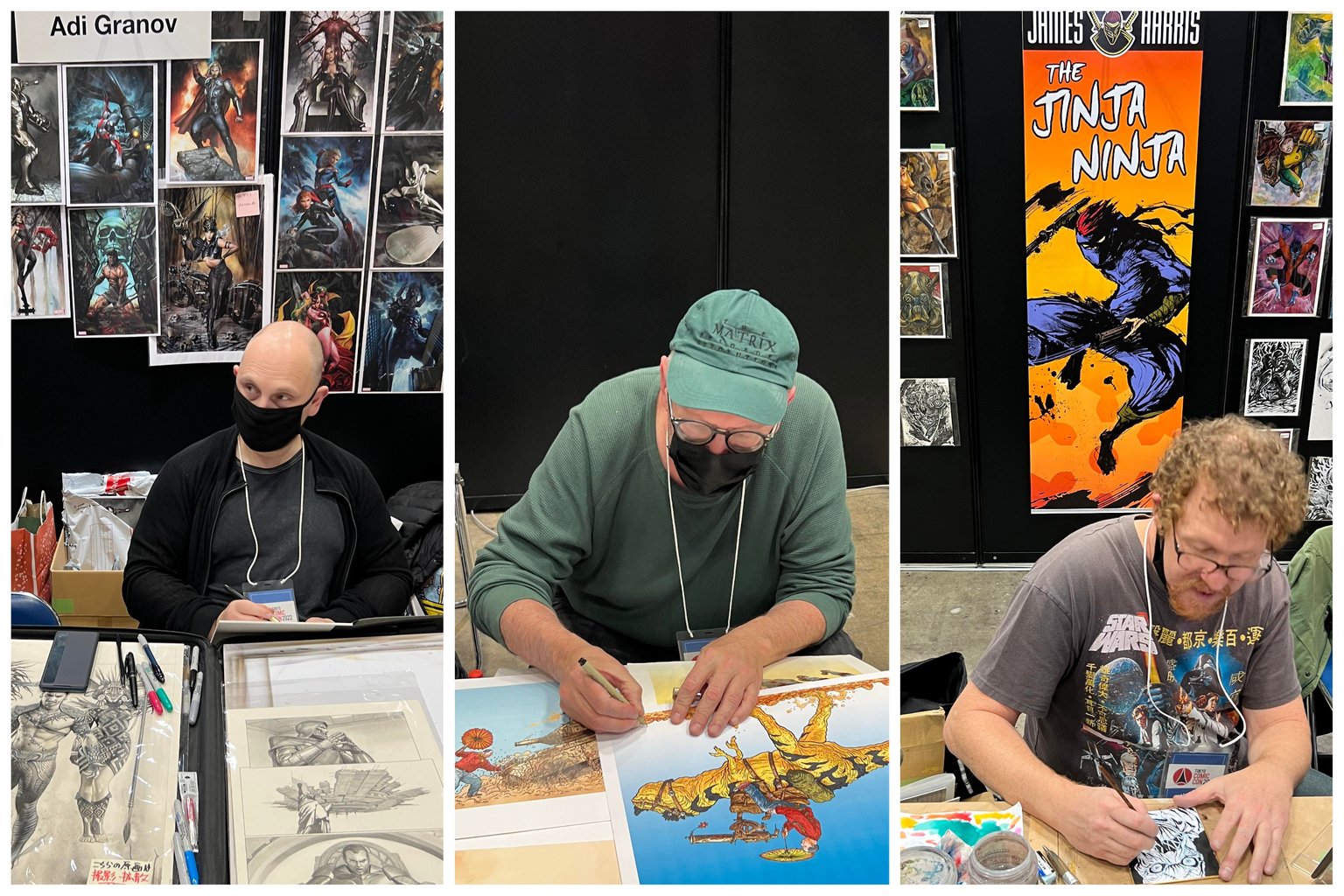 Artist Alley has grown from an afterthought to be an essential part of Tokyo Comic Con, and this year saw fans eagerly support the return of several popular artists to Japan, such as Geof Darrow, Adi Granov, James Harris, Ed Piskor, Matt Frank, Livio Ramondelli and Andrew Griffith.

Artists from Japan were also represented, with superstars Peach Momoko and Kia Asamiya tabling at the convention. DeLorean from Back to the Future. Photo by Mac Salman.

Big and small screen fans were catered for at the event with a cornucopia of props from movies and television shows. Highlights included Peter Venkman’s suit from Ghostbusters, Jack Nicholson’s joker outfit from Tim Burton’s 1989 Batman film, the Knight 2000 (K.I.T.T.) from Knight Rider, the DMC DeLorean from Back to the Future and a number of Batman vehicles, including the 1989 Batmobile from Batman and the 2008 Tumbler from The Dark Knight. There were also motorcycles from the Terminator films and from Indiana Jones and the Last Crusade. Everyone is trying to latch onto Comic Con cool.

Sansei Technologies wowed with its real-life Transformer car that is engineered to transform into a robot and back into a car. There were several demonstrations throughout the duration of the event.

Remember the sake that was used at the opening ceremony? Someone had to make it. Enshu Yamanaka Shuzo, a sake brewery in Kakegawa, Shizuoka Prefecture, that has been in business for over 200 years did the honors. Of course, the company was on hand at the event with Tokyo Comic Con branded bottles of its famous sake, Aoi Tenka.