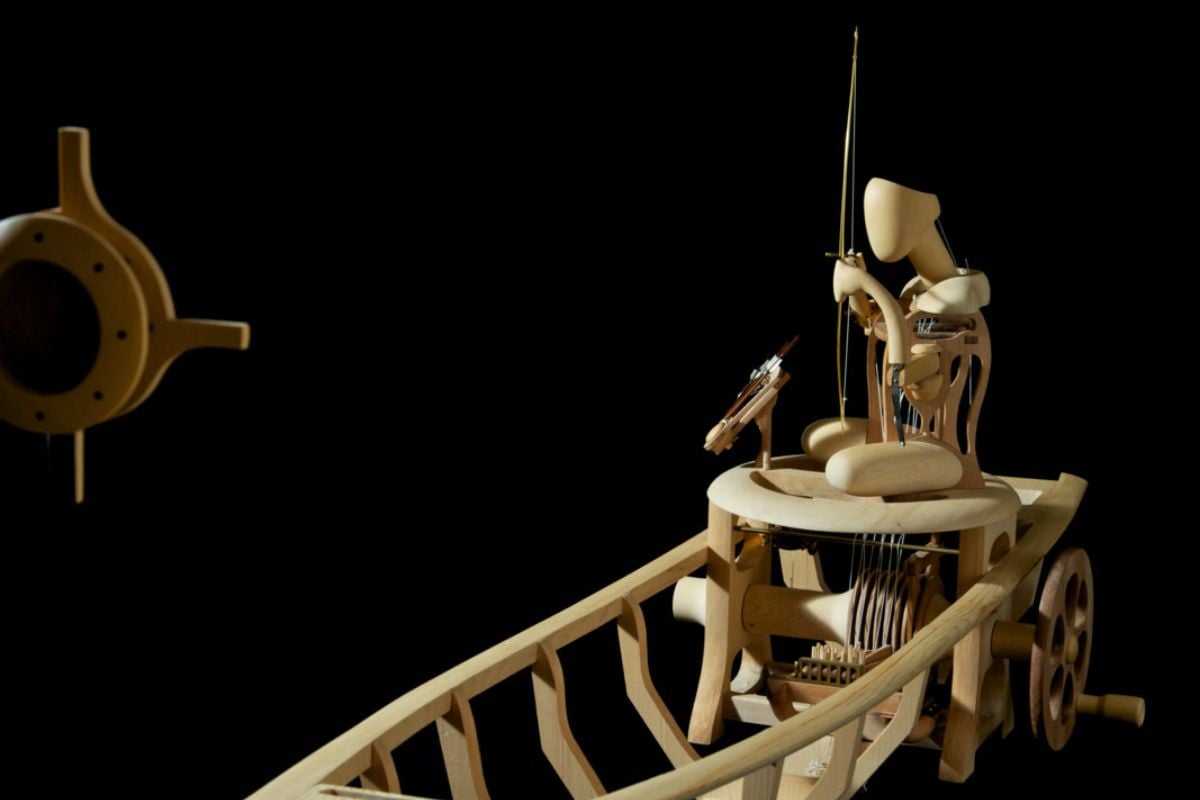 Autonomous robots, package-delivering drones and towering mecha are no longer wild imaginations from the realm of science fiction. From Skeletonics’ Gundam-style robot suits and Cyberdyne’s wearable HAL (Hybrid Assistive Limb) cyborgs to SkyDrive’s flying vehicles, we’re inching closer to what used to be considered impossible. Robots like Sony’s Aibo opened the doors for consumer use in the late 1990s, but what if we told you Japan’s fascination with household humanoid (and in Aibo’s case, canine) robots started much earlier?

For the tech-savvy, it will come to no surprise to learn that Aichi Prefecture is a manufacturing leader across multiple industries. It’s both Japan’s largest aerospace hub and a major tech center, as it produces about 25 percent of Japan’s robotics — on top of hosting some of the nation’s largest automotive companies. The concentration of cutting-edge technological innovation here is no accident: Aichi has been an aggregator of craftsmanship for centuries. This artisanal culture gradually evolved into the massive industrial complex we see today.

In fact, the mechanics of Sakichi Toyoda’s revolutionizing steam-powered looms (whose success fueled Toyota cars), SkyDrive’s flying vehicles and the humanoid robot Pepper can arguably be traced to one common ancestor: the karakuri doll.

Windup dolls and clockwork toys have existed in various forms across the world for centuries. Japan’s mechanical dolls, the karakuri, sparked a fascination with automata in the 17th century and Aichi Prefecture, already a base for clockwork mechanisms, became the obvious location for further development.

The name karakuri comes from the Japanese verb karakuru, meaning to pull or stretch a thread, and describes these wooden mechanisms that are, depending on size, either operated by clockwork or puppeteers. Almost every piece of the contraptions is made from wood — even the axles and gears. They come in three different varieties: The dashi karakuri are the large puppets usually on top of festival floats; the butai karakuri are life-sized figures for theater performances; and finally, the zashiki karakuri are smaller dolls used for status symbols and parlor tricks. The zashiki karakuri includes charming automata that serve tea and write letters — easy amusement for a local lord with the cash to spend on that kind of entertainment.

Karakuri craftsmanship is still alive today, placed solidly in the hands of Tamaya Shobei IX, a ninth generation karakuri craftsperson based in Inuyama City. He belongs to an unbroken lineage of artisans that spans almost 300 years, with the first Tamaya Shobei settling in Aichi Prefecture back in 1734. Tamaya Shobei IX travels Japan repairing and restoring traditional karakuri — many of which his ancestors constructed — as well as creating his own mechanical contraptions. However, most of Tamaya Shobei IX’s work is centered around Aichi Prefecture — after all, the region boasts almost 70 percent of Japan’s karakuri float festivals.

His famed tea-serving boy zashiki karakuri from 2005 was based on an illustration from 1796, while his modern rendition of an archer boy used a drawing made by a University of Tokyo professor as a model. The tea-serving doll is now exhibited at The British Museum in London, while other traditional mechanical contraptions can be seen at Imasen Inuyama Karakuri Museum in Inuyama City. As scientific research into artificial intelligence moves forward, it seems the karakuri’s robotic descendants are here to stay. Businesses still use the original karakuri workings to inspire new or improved inventions: In Kariya City, an industrial dolly uses a mechanism based on the tea-serving zashiki karakuri and other dolls. Robotic innovations, either directly or indirectly using karakuri sources, continue to increase in healthcare and security with the aim of making our world safer, but even now, the playful element remains. Events like the RoboCup, which Nagoya hosted in 2017, combine international scientific cooperation with some friendly competition. Where to Learn More About Karakuri Dolls

Imasen Inuyama Karakuri Museum: Newly opened in 2020, Imasen Inuyama Karakuri Museum exhibits dozens of karakuri, including letter-writing and tea-serving mechanical dolls. Several of them are made by Tamaya Shobei IX. The master himself appears at a replica of his studio space on occasion, demonstrating his process. To see the dolls come alive, scan the QR codes by each exhibit to watch a video, or watch one of the twice-daily doll performances hosted by the Inuyama Matsuri Preservation Society.

Dondenkan: Named for the chants that the float pullers call when turning the floats, Dondenkan gives visitors a chance to attend the festival outside of the event’s annual celebrations. From giant float displays to festival soundscapes with music and chanting, it gives an immersive experience any time of the year.

Inuyama Festival: A total of 13 floats from as many precincts parade the city, showcasing their karakuri dolls. Participants spend months preparing for the festivities, practicing instruments and karakuri performances to perfection. The festival takes place on the first Saturday and Sunday of April every year.

Chiryu Festival: Locally made karakuri puppets act out classical Japanese plays in this enthralling event, earning it a place on the UNESCO Intangible Cultural Heritage List. The Chiryu Festival takes place in early May, with the main and the so-called “ai” festivals held in alternating years.

Owari Tsushima Autumn Festival: Four groups of floats from four districts parade through Tsushima City during the first weekend of October. Karakuri puppets here write calligraphy, act out scenes from plays and some even fly.

Note: Due to Covid-19 measures, some events may not take place in the 2022-2023 season. Check the official Tourism Aichi website for up-to-date information.