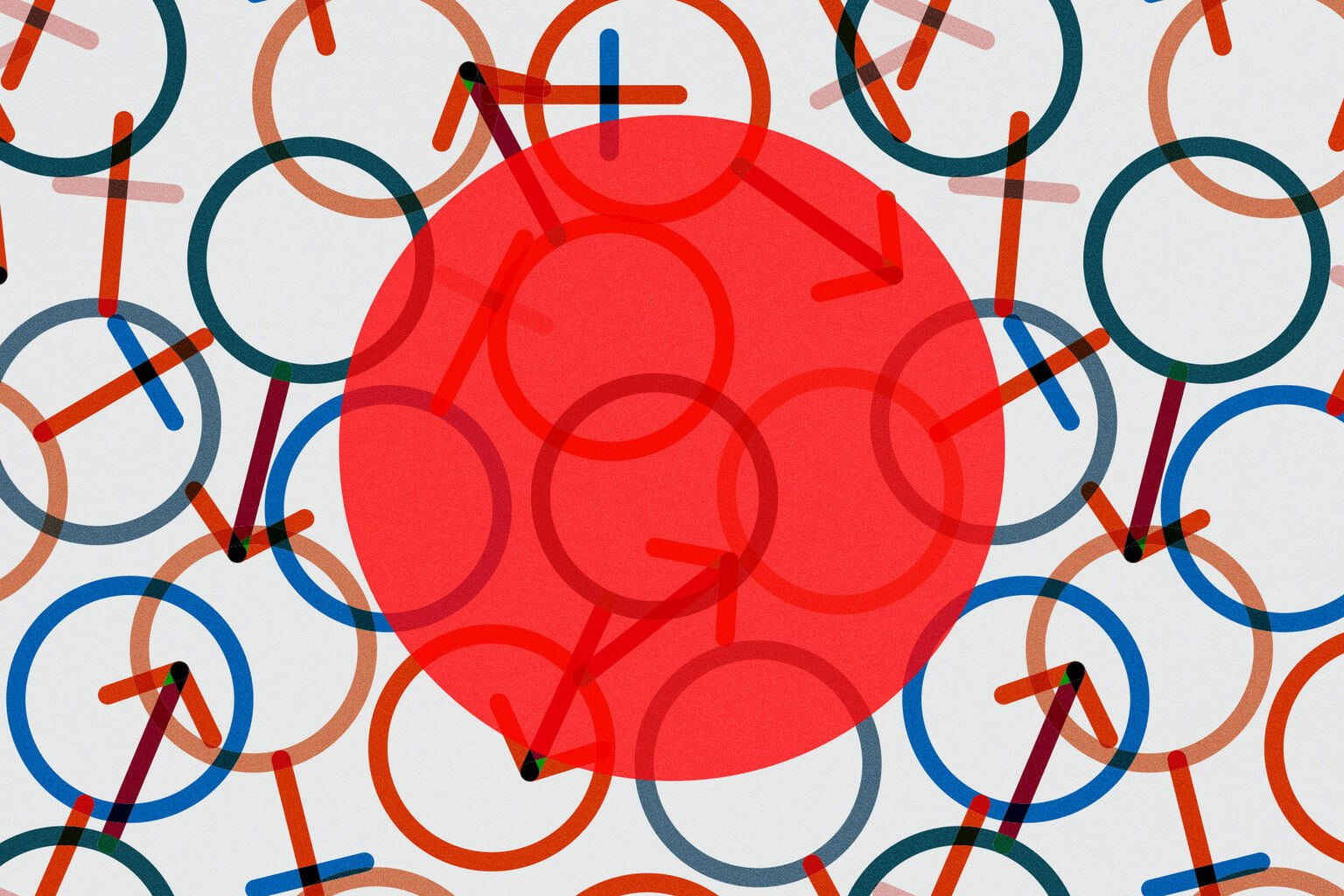 In contrast to many Indo-European (including Romance, Slavic and Germanic) languages, Japanese has no grammatical gender in its nouns or adjective agreement. Moreover, the Japanese honorifics such as -san and -sama are gender-neutral, which contrasts with Mr., Ms. or Mx. titles in English.

However, Japanese is still a deeply gendered language. As Cameron Lombardo writes in his article “Beyond the Binary: A Queer Take on Gendered Japanese,” the extreme ends of the gendered speech style spectrum in Japanese are represented by women’s language (onna kotoba) and men’s language (otoko kotoba).

Stereotypically feminine and masculine styles of spoken Japanese are differentiated by their inflections — the upward tones of the feminine and the deeper, descending tones of the masculine — choice of nouns and slang, their ending particles (-wa versus -da), and the “I,” the ever-present choice of the personal pronoun.

Many people have noted that gender neutrality appears in surprising places in Japan. Notably, idol culture and the use of boku, the boyish “I” in song lyrics.

In songs like “Polyrhythm” by Perfume or “Everyday, Katyusha” by AKB48, the singers often refer to themselves as boku. Given the hyper-feminization and patriarchal underpinnings of the female idol industry, it’s difficult to suggest that these groups or their lyricists are intending to subvert the gender binary.

Rather, writers like Takaya Ohta and Kazuto Matsumiya suggest that this use of boku subconsciously separates the singers from the characters they play in their songs.

This separation between singer and character serves several functions. It creates a neutral love song men and women can easily empathize with and avoids controversy or backlash over lyrics. It also protects the illusion that the idol is not singing about her personal relationship and is therefore still available. Matsumiya further speculates that the pairing of boku and kimi uses fewer syllables and is easier to write into lyrics than the longer watashi or anata.

“Watashi or kimi would make the song sound like it’s about a boss and a subordinate,” he points out.

Queer groups and their diverse gender and sexual identities have subverted language throughout recorded history and Japan is no exception. Lesbian communities have used masculine pronouns and gay men sometimes use atypically feminine pronouns like atashi.

For some, onee kotoba is a source of pride and an identity marker spoken with LGBTQ friends. Others resent it as a source of mockery in the mainstream media to stereotype queer characters as campy, onee-speaking comics.

The Non-binary and “I”

The shift towards gender neutrality is a blessing for many non-binary (or ‘X-gender’) people in Japan. Many find the use of watashi and other neutral speech in professional situations to be a smokescreen that keeps their identity private.

“In English, I like to be referred to as ‘he’ and ‘him,’” says Rummy Mizrahi, an assigned female at birth (AFAB) non-binary DJ and vogue dancer, known for his butch runways. “But in Japanese, I just call myself ‘watashi.’ I usually speak in a neutral or slightly feminine way.”

Assigned male at birth (AMAB) non-binary Yoshiki Matsuoka (often referred to as Omochi) is a fashion designer, nutritionist and fellow performer from the vogue scene.

About their gender, Omochi says, “I feel uncomfortable being called a man, but also, I don’t feel like my real self in women’s clothing. I feel alienated from both the gay and cross-dressing communities that demand excessive masculinity or femininity.”

Using ‘onee kotoba’ is one way Omochi performs on stage, but it doesn’t reflect their true or liberated self. It’s just another disguise. Omochi says they’ve always tried to avoid gendered language, going for the neutral ‘watashi’ at work. Outside of work, Omochi most often refers to themself as ‘jibun.’ Compared with watashi, which has been normalized as a gender-neutral pronoun, jibun can function as a statement piece. A person who only calls themselves ‘jibun’ wants to draw attention to their identity and their rejection of the gender binary.

Gender Freedom for Everyone

Modern Japanese, particularly in professional and educational settings, has moved away from both gender extremes and more towards a gender-neutral center. In personal speech, women are choosing neutral ending particles as a way to assert equality, particularly in the workplace, while men are avoiding the rougher masculine diction.

“For every major language shift, there is a seed,” says Dr. Masakazu Iino, Professor of Sociolinguistics at Waseda University. “Now, since the push for gender neutrality is happening from elementary school up, it’s having a big impact on everyday Japanese language.”

As far as gender goes, Iino says that universities like Waseda actively encourage gender neutrality. Waseda even sent out a formal letter about five years ago requesting that professors stop using gendered honorifics like -chan for girls and -kun for boys in favor of the fully neutral -san.

With the advent of radio and television standardizing Japanese, these first-person pronouns have become less common with younger generations. Japanese, Iino speculates, will be majorly influenced by the internet and how online communities develop moving forward. There will be new ways of speaking and new terms.

“The global situation will change things too,” he says. “Military cultures remind us of the historic divide in the gender binary. Japan has been out of the military culture for 80 years. If we enter war again, our view of gender may change and also our language for it.”