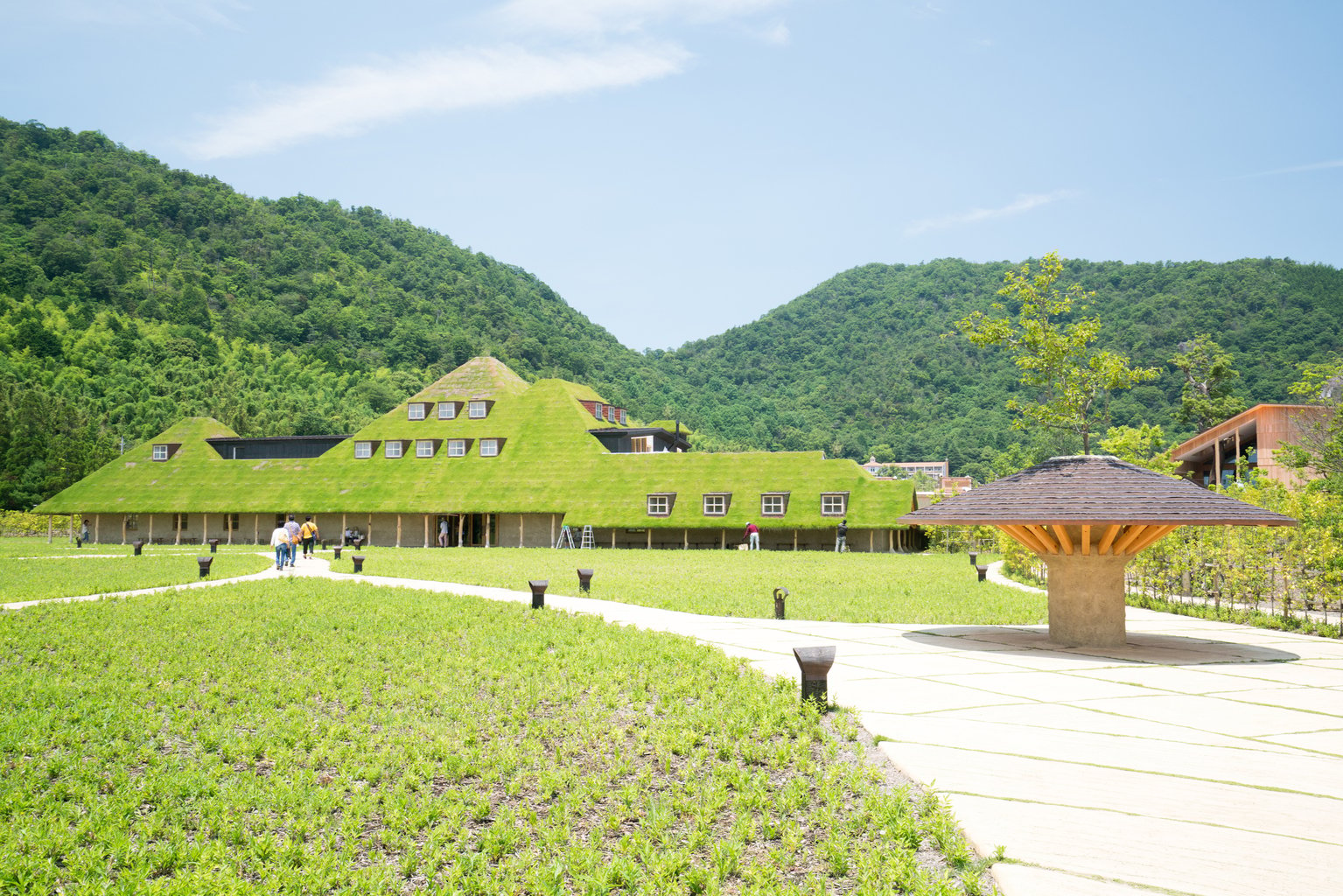 ...aside from enjoying the lake itself

Shiga Prefecture and Lake Biwa are remarkable spots that tend to fall in the shadow of Kyoto, despite having cultural and natural beauties that are on par with Japan’s old capital.

Lake Biwa is Japan’s largest body of fresh water. The name Biwa comes from the Japanese word for a lute-like instrument, as the lake’s shape is very much like one. It is of the 20 “ancient lakes” and depending on what form of the lake scientists are tracing back, we can say it’s 400,000 or four million years old.

The lake is a vital water resource and a wonderful travel destination. You can take your pick of water activities such as swimming, SUP, boat cruises and island-hopping. The Michigan Cruise is a slice of Americana in Japan in honor of Otsu’s sister city. And when out of water and on firm land, here are some unmissable things to see and do around Lake Biwa. 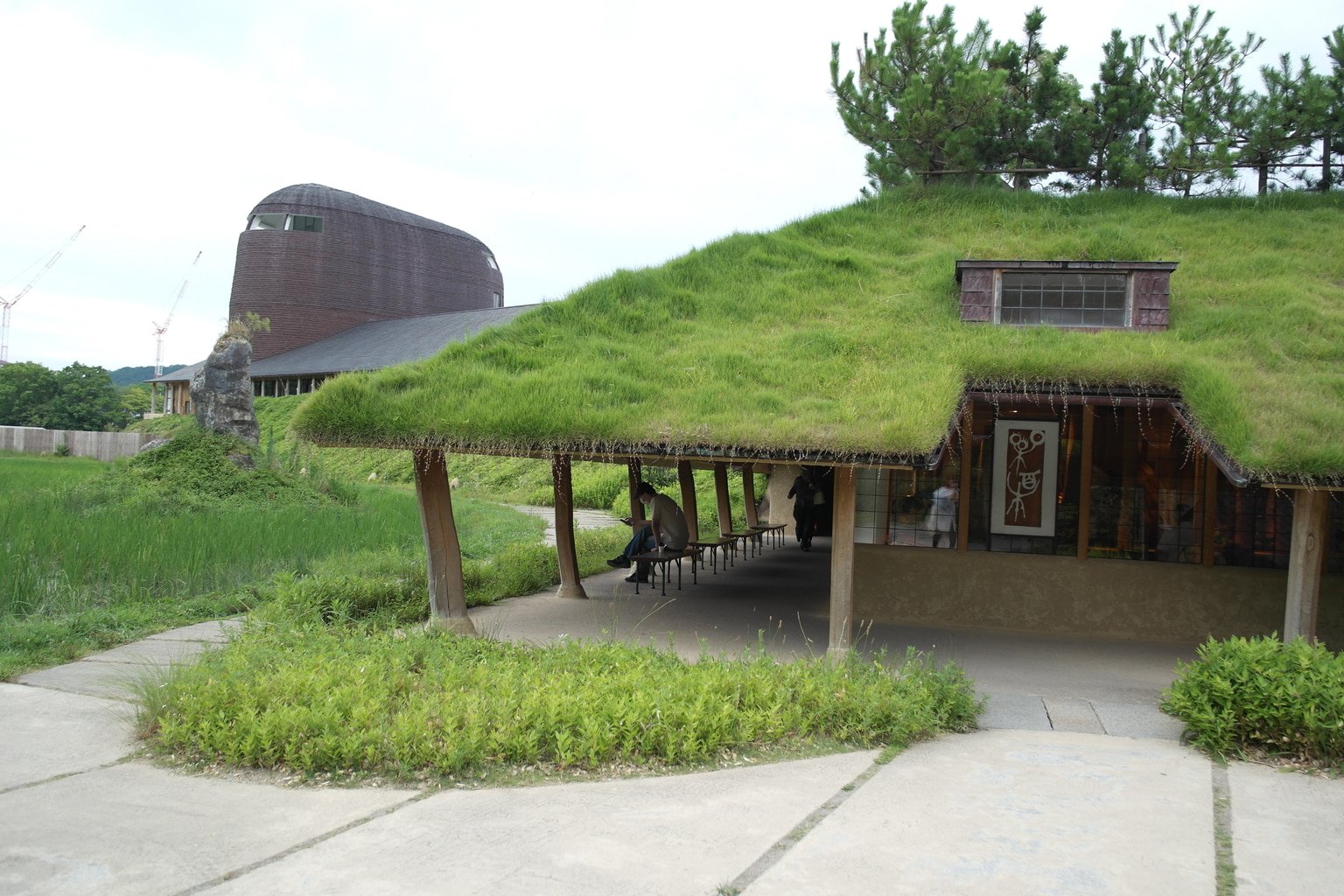 La Collina Omihachiman is a green paradise with grassy roofs, rice fields, water mists and sweet treats for sale. It’s the flagship store for Taneya Group, a Japanese confectionery company that’s more than 100 years old. This location is especially known for the freshly baked Baumkuchen that people line up for.

The whole area is free to enter and roam around. Apart from the main atrium, there are two cafés and the Food Garage which is inspired by classic cars and even has a double-decker bus inside. There are two sweets factories on the premises, one for Baumkuchen and one for Castella cake. You can watch the whole making process through the glass, while eating the same sweets.

La Collina Omihachiman can be easily reached from Omihachiman Station by bus or car. Walking is a great option too, as it takes you through the old town and the picturesque Hachiman-bori canal. For anyone with a sweet tooth, you should also stop by Club Hario on the way, another famous confectionery shop and café by Taneya Group. 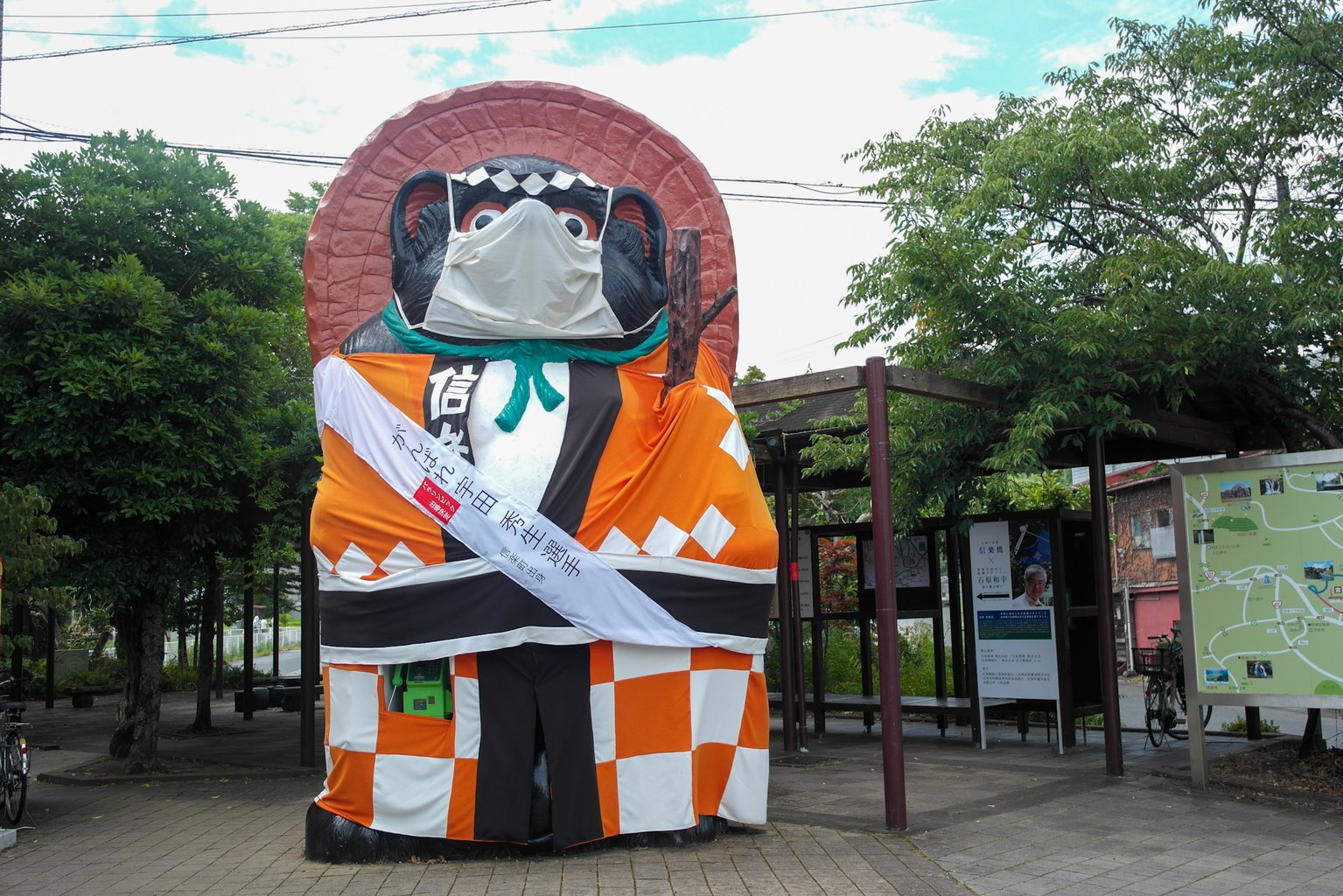 One of six ancient kilns in Japan, and one of the most respected pottery styles for tea ceremony, Shigaraki pottery is the pride of Shiga Prefecture. Shigaraki Village is close to Lake Biwa and can be best accessed from Shigaraki Station where a truly giant tanuki greets you. The whole area is lined with tanuki statues, the style of which originated in Shiga. And it was none other than Emperor Hirohito who launched this raccoon dog sculpture style into fame when he visited the area in 1951.

Shigaraki pottery is one of the best examples of wabi-sabi, often unglazed, with an earthy imperfect rugged look. It’s made from the endemic clay from Lake Biwa and cannot be replicated elsewhere. You can buy items in the pottery stores and visit Shigaraki Ceramic Cultural Park and Museum. When in Shigaraki, you can also eat and drink from Shigaraki pots in local restaurants. One recommendation is Mutsumian, a restaurant with its own rice field, serving the rice they harvest in a Shigaraki pot of your own choice. 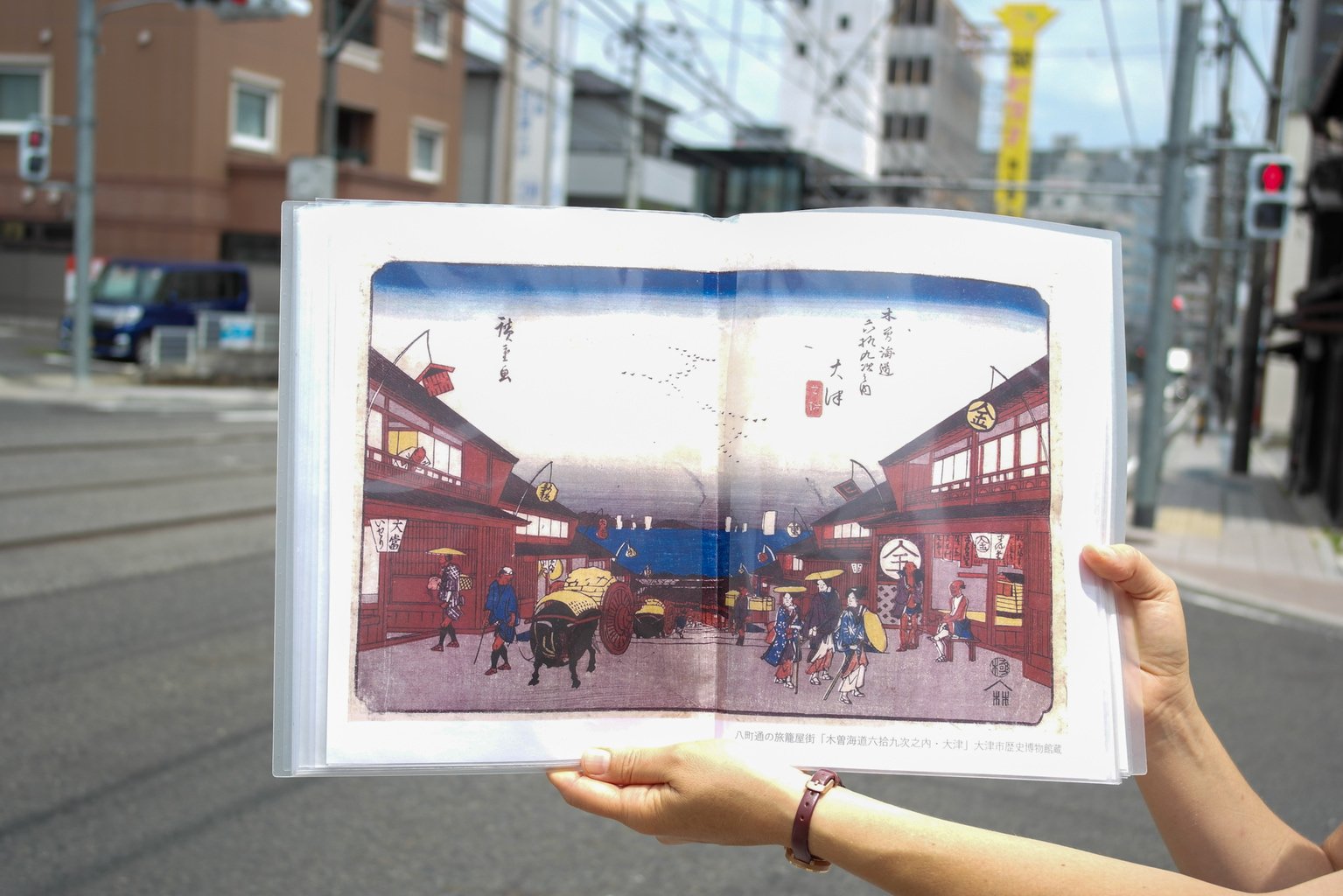 3. Otsu Town: A Walk Along History

Just two stops (10 minutes) from Kyoto is Otsu Station. Otsu is where the famous Tokaido road (the road that used to connect Edo and Kyoto) actually ends. Otsu was an important city to Kyoto, importing goods and transporting them to the old capital. This made it such a thriving city that it was nicknamed Otsu Hakucho (meaning “a hundred cities”).

Part of that legacy remains today, with active family businesses that have been operating for more than a century. One such example is Nakagawa Seiseido, a tea shop that opened in 1858 and still roasts Japanese green tea in front of the shop.

This area also boasts over 1,500 traditional wooden townhouses. About a 100 of them have been renovated and converted into businesses and hotels or are in the process of doing so.

The Uji region is famed for green tea in Kyoto, but Kansai people know of another smaller and secluded area that is of equal quality. Located high in the mountains along the borders of Gifu and Shiga prefectures, Mandokoro has pristine water and colder temperatures. Both of these factors influence the tea. Mandokoro’s native tea bushes are able to withstand snow and grow lower to the ground, compared to the standard cultivars at tea farms. Chaen Musubi Tea Farm boasts the oldest green tea bush, estimated to be around 300 years old.

The owners of Chaen Musubi Tea Farm often chill bottles of green tea in the streams and sit and sip it by the river. They’re a young couple that fell in love with tea culture and moved to Mandokoro. You can schedule a visit with them, taste and buy some of the most unique, organic, traditionally grown green tea. 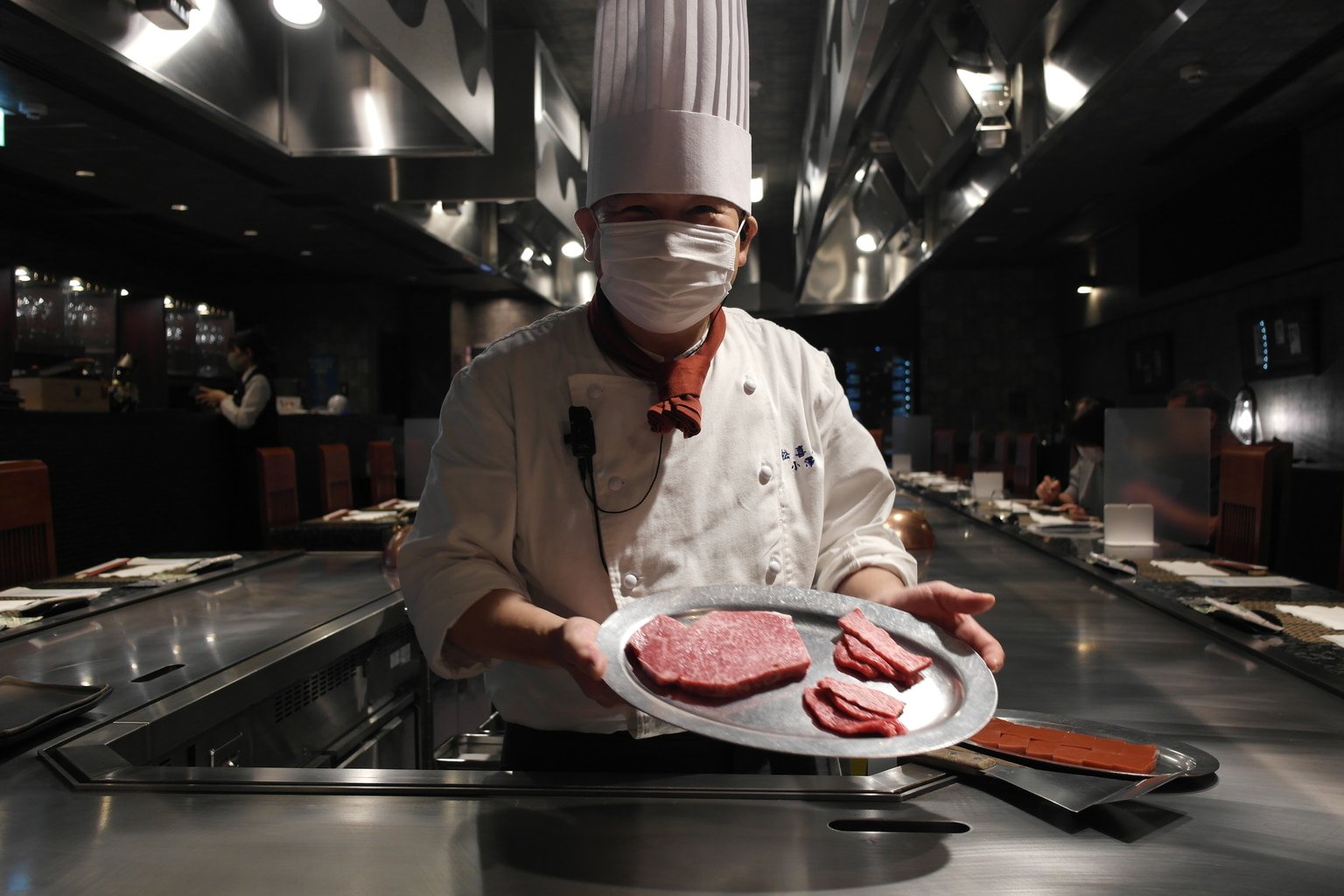 Wagyu superfans will know that the internationally famous Kobe beef is not all there is on the luxury beef scene in Japan. It’s considered one of top three brands, the other two being Matsusaka beef and Omi beef from Shiga Prefecture.

In fact, Omi beef is the oldest wagyu brand in Japan and its history is entangled with Kobe beef. Omi beef was referred to as Kobe beef in the past due to the fact that it was sent to Edo via the Kobe port. That certainly explains why the Omi name hasn’t reached that far and wide yet. Served with special red konjac on the side, Omi beef is a must-try when in Shiga Prefecture.