Many people already know of the impact French had on the English language, but what about Japanese? 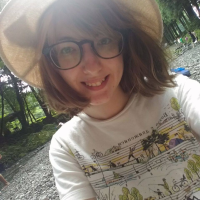 Languages are continuously evolving. Many people already know of the impact French had on the English language, but what about Japanese?

There are tons of Japanese words that have made their home in the English language, from fandom and food to standard household items. Not all of these words have retained their original meaning, however. Not completely anyway. Take the word “futon” as a prime example.

Meaning: a padded mattress, a comforter or duvet, a thick quilt

Literal translation and kanji breakdown: Fu (cloth; 布) and ton (group; 団) come together to form the word “futon.” Literally translated, we have “a group of cloths.” While abstract, the combination of these two characters does accurately reflect the many variations of what a futon is in Japanese as well as the construction of the various items.

Differences from the English: In Japanese, this word refers to a traditional type of Japanese bedding consisting of a thin mattress stuffed with cotton and quilts that are placed directly on the floor. They are flexible enough to be folded and stored during the day. It can also refer to the comforter or duvet one uses in the winter to keep warm while sleeping. In English, this term can refer to a mattress placed on the floor as well but is more commonly associated with a type of sofa bed or cushioned chair. There isn’t much information on how this term first came to be used in English. However, according to certain dictionaries, the first known use of the word was in 1876. Yet it appears that the futon as understood in English terms truly gained popularity beginning in the 1970s when Boston-based furniture designer, William Brouwer, became convinced the futon offered great adaptability for people living in smaller apartments.

The main issue was that American sensibilities of the time dictated mattresses should not be placed directly on the floor. Brouwer worked and designed a special wooden bed frame made in three parts. These three parts could slide together to turn the bed into a wide chair or sofa. His design was considered to be modern and elegant and even won a national design award at the time.

In addition to his bed frame design, Boston futon makers also made changes to the futon itself. The layers of cotton were shorter, curlier, and less expensive than the traditional Japanese futon. This resulted in a mattress about twice as thick as the Japanese variety.

The design quickly caught on and other futons were designed in other parts of the United States and the rest of the world. Some used Brouwer’s tri-fold design, but others used a bi-fold design to look more like conventional sofas. These other designs ranged from traditional European styles to more modern mixed wood and metal ones. The term futon in Japanese is much more flexible. There are also variations that allow Japanese speakers to be more specific. In addition, terms and expressions that include the word also exist:

敷布団 Shikibuton futon (Japanese) mattress
掛け布団 Kakebuton Comforter
座布団 Zabuton Flat cushion (for sitting on)
布団蒸し Futon mushi To bury someone underneath a futon
座布団一枚 Zabuton ichi mai That was a good one! (In response to a funny joke or pun)