This week, it’s all about local music and Japanese films. For those looking for a party, our friends at More Than Music are hosting their February show this Saturday. If Netflix’s catalog offers nothing inspiring, head over to Shimokitazawa’s K2 Cinema to see the brilliance of Ryusuke Hamaguchi with English subtitles. Combining the fun and connectivity at the heart of More Than Music, its February show boasts three incredibly skilled acts: Shamanz, Robert Taira Wilson and Johnsons Motorcar. This music lineup transcends genre, age and cultural background, making it a show for everyone. K2, a new independent theater in Shimokitazawa. is screening four classic films by Oscar-nominated Japanese director Ryusuke Hamaguchi, all with English subtitles. Titles include Wheel of Fortune and Fantasy, Storytellers, Haruhana’s Recorder and The Sound of Waves. Visit the K2 Cinema website for screening days and times.

When: Until the end of March | More info 4. “Head in the Clouds” at Perrotin Tokyo

Perrotin Tokyo is pleased to present “Head in the Clouds,” a group exhibition featuring 13 Perrotin artists. The concept of this presentation plays with the idiom “head in the clouds,” exploring both its allusion to a dreamy state of mind, as well as the notion of being oblivious to reality or to impending danger. The expression is especially relevant in our current culture of digitization and information overload, where we tend to walk around with our minds absorbed in a world far away, often unavailable to give our undivided attention to the full reality in front of us. Art calls us back into the here and now, to re-connect and give deeper focus and thought to our sensory experience.

Fergus McCaffrey is pleased to announce “Seven/Seven: The Fraught Landscape,” opening at the gallery’s Tokyo location.

The exhibition serves as a conceptual sequel to the gallery’s historic 2019 New York exhibition, “Japan Is America.” Continuing the exploration of the Japanese-American creative exchange, “Seven/Seven” furthers this transatlantic narrative, applying a cinematic lens to the joint cultural landscape. It takes its title from Akira Kurasawa’s Japanese epic Seven Samurai (1954) and the iconic Western film by John Sturges, The Magnificent Seven (1960), that followed. Blum & Poe is pleased to present Splinter, the gallery’s second solo exhibition with New York-based artist Anna Weyant. This new body of work sees Weyant delving deeper into pop history, borrowing from the visual dialectic of Lifetime movies and ‘90s celebrity culture. Struck by the way that made-for-television movies seem to simultaneously vilify, sexualize and stereotype women, the artist emulates these films by deploying the genre’s tendency to reveal the secrets of a hyperbolic version of American suburbia. This presentation of five works on paper, as well as four paintings, tells the story of a lavish party gone awry. From January 2022, I AM gallery in Higashi-Nagasaki will exhibit the products of designer and illustrator Esther Sandler, under the name “Togetherness.” Togetherness is a label launched by Sandler in which she creates products such as textiles, ceramics and cards. In addition to bold colors and beautiful designs, the creator is particularly proud of the environmentally friendly production, such as eschewing the use of harmful chemical substances and utilizing natural fibers that can be decomposed.

Things To Do at Home 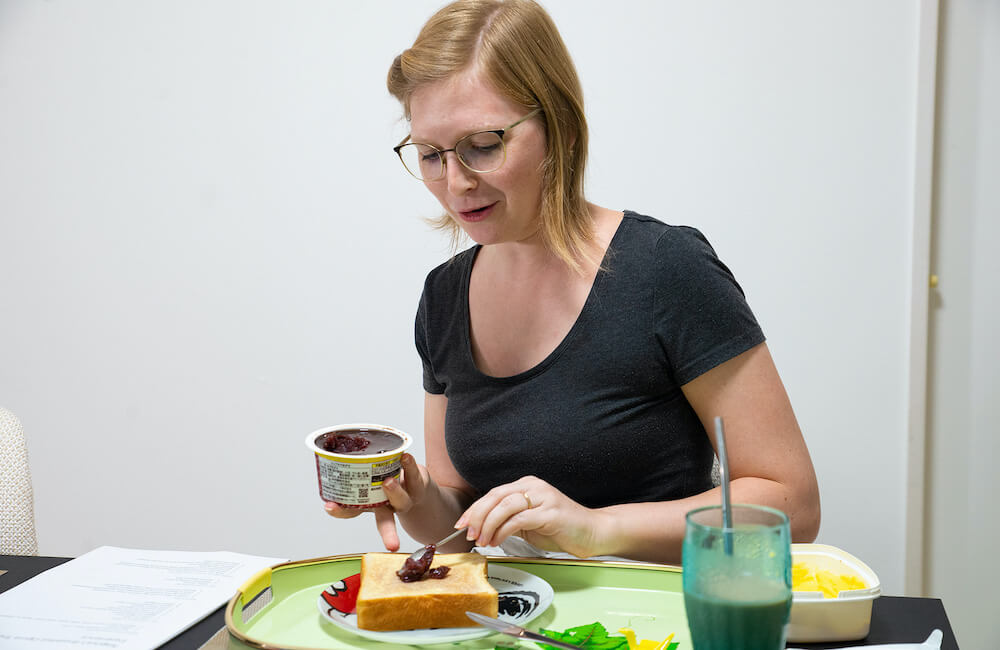 Most people know Japanese people like to eat rice and fish for breakfast. But it’s not as popular in Nagoya. There, many people prefer a cup of coffee with a slice of toast. Ogura Toast to be precise. A thick slice of golden-brown toast with red bean paste.

During this online experience, brought to you by Nagoya is not Boring, you will learn how to make the famous local Nagoya-style breakfast at home and learn more about the local food culture while munching on your creation. 9. Whip up your favorite dishes and drinks

Restaurants have to close early but your kitchen doesn’t. Pro chef or not, everyone has the ability to cook and this may be the perfect time to do it. If you always wanted to learn how to make gyoza, or roll the perfect tamagoyaki, there’s no time like the present. Why not check out some of our recipes: We also have quite a few fiction and non-fiction recommendations if you prefer the company of a good book and a warm cup of coffee to relax.