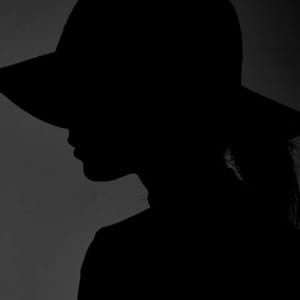 Occupying the top seven floors of the 36-story Kioi Tower, the Prince Gallery Hotel Tokyo Kioicho is a luxury establishment that opened its doors in 2016. It’s the first-ever luxury, five-star hotel in Tokyo with an endorsement from Forbes Travel Magazine. This year, they added a whole vegan afternoon tea spread and incorporated vegan options in their regular dining menu, reportedly making them the first major luxury hotel to do so.

So, how did this happen? Yuri Nakaone, marketing strategist of The Prince Gallery Hotel and Yoshinori Ochiai, the executive chef of the hotel’s Oasis Garden restaurant (stylized as OASIS GARDEN), have agreed to show TW behind the curtain. Here’s how and why a luxury hotel created high-end vegan cuisine.

As with other five-star hotels, The Prince Gallery Hotel tried to weather the Covid-19 storm. They avoided drowning in discouragement, as their in-hotel restaurant Oasis Garden was booming. Many guests came during the daytime to enjoy their lunch menu, especially their afternoon tea offerings.

“We wanted to launch something new that no other hotel has ever done,” recalls Nakaone. “As more and more people started spending time indoors, we felt it was important to come up with a health-oriented dining option.” None of the team members were familiar with what veganism entailed, but they decided to give it a try. “Autumn Leaves” consists of carefully placed wreath-shaped sweets, invoking a pleasant image of autumn foliage. It encompasses the central philosophy of Oasis Garden which is nature. Nakaone says they had some initial doubts, but the hotel’s vegan afternoon tea has been a huge success.

Challenges Behind the Scenes

“Creating a menu with limited ingredients was hard,” admits Chef Ochiai. “Since we couldn’t use meat or seafood, we tried various spices and seasonings. It helped create a unique flavor and prevented the food from tasting bland.” It was quite a challenge, as they also aimed not just for something that was vegan, but also elegant and healthy at the same time. Soy sauce and refined sugars were out, as were pungent ingredients such as onion and garlic. “Finding the right balance was hard at first. Even our customers were worried that the dish would lack taste, but most of them were pleasantly surprised at how flavorful a vegan dish could be. Some even noticed a positive difference in how their body felt the next day.”

The marketing team had a challenge of their own. They wanted to maintain the cute image of afternoon tea. There was a lot of back and forth between the chef and the marketing team around flavors and the presentation of the dishes. “It was trial and error,” he says. “I cook and the marketing team eat. It was pretty much a repeat of that cycle until we found the perfect balance between design and flavor.” Nakaone and Ochiai chuckle as they remember the process.

In the end, both were proud of what they created. “Everyone went home satisfied. We heard people say they were looking for a menu like this, thanking us for providing a vegan option. This has become an opportunity for us to attract new customers and make them happy,” Nakaone adds. It led to a decision to add the vegan option to their regular dinner course.

As the hotel continues to see a growing demand for their vegan dishes, they are also focusing on developing a more expansive offering that could go beyond the realm of veganism. “We’re adding more dishes to our menu and we’re looking into utilizing vegetables that would normally go to waste,” Nakaone explains. Back in May, during Golden Week, the hotel offered a menu using slightly deformed tomatoes that wouldn’t normally be on the market. “They taste just fine. They’re just misfits because of their shape,” she notes. Going forward, the company would like to incorporate SDGs from a sustainable point of view as part of the culinary experience. For the upcoming holiday season, they’re preparing a gluten-free, vegan Christmas cake option. “We are waiting for each and every person to come and have a taste of a hearty, healthy dinner. No matter the occasion, come enjoy the food and a panoramic view of Tokyo,” adds Nakaone.

The change of course in the haute cuisine world is undoubtedly a step forward into a holistic, more sustainable lifestyle. And it’s great to see it happening here in the bustling center of Tokyo.

The world of haute cuisine is full of flavorful stories. Here are some of them: