In this week’s news roundup we have the latest on the disappearance of tennis player Peng Shuai. There’s yet another individual award for Shohei Ohtani and a crucial win for Japan in their recent FIFA World Cup qualifier. In the entertainment world, two of the country’s most popular actors tied the knot. Tensions between Korea and Japan, meanwhile, escalated further after the visit to a disputed island by a police chief. We also have more on Japan’s vaccination drive and some good news, potentially at least, for foreign workers.

Pressure continues to mount on the Chinese authorities to confirm the whereabouts of Peng Shuai. The 35-year-old two-time doubles Grand Slam champion hasn’t officially been heard of since she posted on Weibo earlier this month alleging that China’s former vice premier had sexually assaulted her. Several tennis players have raised concerns about Shuai’s fate including men’s number one Novak Djokovic and 23-time Grand Slam champion Serena Williams. Japanese-Haitian star Naomi Osaka has also spoken out. She recently gave her thoughts on the situation via Twitter.

“Censorship is never ok at any cost. I hope Peng Shuai and her family are safe and ok. I’m in shock of the current situation and I’m sending my love and light her way,” wrote Osaka. In response to increased pressure, the state-owned media organization CGTN released an email purportedly from Shuai. “I’m not missing, nor am I unsafe. I’ve just been resting at home and everything is fine,” it said. Many have raised doubts over the authenticity of the email, including Steve Simon, head of the Women’s Tennis Association. 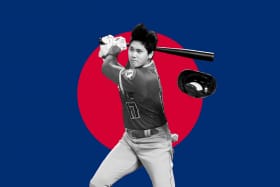 As expected, Shohei Ohtani was today crowned the American League’s Most Valuable Player (MVP). Receiving all 30 first-place votes, he became only the fifth player in history to win the award unanimously. The last to do so was fellow Los Angeles Angels star Mike Trout back in 2014. “It’s been something special to witness what you’ve accomplished as a teammate. You have put together a season of your own… Well deserved. #Shotime #MVP,” wrote Trout on his Twitter page.  The Philadelphia Phillies Bryce Harper captured the National League’s MVP prize.

In soccer, Japan climbed up to second in their FIFA World Cup qualifying group with a narrow 1-0 win away in Oman. Genk winger Junya Ito was once again the hero with the crucial strike on 81 minutes following good work down the left by lively substitute Kaoru Mitoma. In the group’s other games, Australia could only draw with China, pushing them down to third spot. Saudi Arabia currently lead the table by four points. They beat Vietnam 1-0. In rugby, Japan defeated Portugal 38-25 in the first ever meeting between the two sides.

US Deputy Secretary of State Wendy Sherman was forced to answer questions on her own at a press conference on Wednesday after the vice foreign ministers of Japan and Korea, Takeo Mori and Choi Jong-kun, failed to show up. “There are some bilateral differences between Japan and the Republic of Korea that are continuing to be resolved,” said Sherman. The three officials had met earlier in the day to discuss, among other things, regional tensions.

According to Japanese spokesperson Masashi Mizobuchi, Mori withdrew from the media appearance in protest of a recent visit by the Korean chief of police to the disputed island of Takeshima, or Dokdo as it is known in Korea. The trip to the islets by Kim Chang-yong was the first visit by the country’s police chief in 12 years. He was reportedly there to offer encouragement to officers stationed on the island. Though administered by Korea, Japan considers Takeshima to be part of Shimane Prefecture. 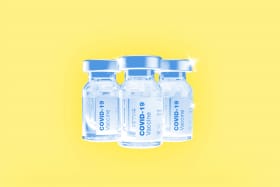 Japan could start Covid-19 vaccinations for children aged five to 11 from as early as February next year. The Health, Labor and Welfare Ministry informed local municipalities of the possibility via written notices dated on Tuesday. Pfizer Inc. and BioNTech SE applied for approval to inoculate the younger age group last week. An expert panel began discussing the matter on Monday, though nothing has been finalized yet. If approved, children under the age of 12 will receive smaller doses administered by smaller needles.

Japan currently has the highest vaccination rate of the G7 nations. According to data released this week, it has inoculated 75.7 percent of its population with two Covid-19 shots. From December 1, the booster jab rollout will begin. Initially only the Pfizer vaccine will be used meaning some people will have to mix and match. However, Moderna Inc. has applied for approval. People who were fully vaccinated eight months earlier can receive the shot. Depending on the infection rate, local governments can shorten the interval to six months.

More Foreigners to be Accepted Indefinitely

An official from the Justice Ministry said on Thursday that Japan is looking to ease restrictions on foreign workers in blue-collar jobs. A law established in 2019 stipulated that “specified skilled workers” in 14 sectors such as farming and construction could stay up to five years, but without family members. If the law is amended, they will be allowed to renew their visas indefinitely and bring their family with them. The new policy could begin as early as the 2022 fiscal year

When the law was introduced in 2019, the hope was to attract close to 350,000 workers over five years. With borders closed due to Covid-19, they are very unlikely to get anywhere near that number. Even before the pandemic, only around 3,000 a month were receiving the visas. Several companies stated they were hesitant to hire such workers due to the restrictions imposed on them. Japan is already facing acute labor shortages and as the population shrinks, the situation will only get worse.

Popular actors Nana Komatsu and Masaki Suda announced that they had tied the knot this week. Komatsu, the cover star of our November 2019 issue, was scouted by a talent agency in Harajuku aged 12. She made a name for herself after starring as the titular character in The World of Kanako, a role which earned her a Newcomer of the Year gong at the Japan Academy Film Awards. A year earlier, Suda picked up the same prize for his performance in Wilderness. The pair have also featured in several films together including Destruction Babies, Drowning Love and Tapestry.

Another recently married couple began their new life abroad this week. Kei and Mako Komuro landed at John F. Kennedy International Airport in New York on Sunday morning. The couple looked relaxed as they passed by the media, though didn’t stop to answer any questions. Prior to departing, Komuro reportedly resolved the financial dispute between his mother and her former fiancé. The man accepted a fee believed to be just over ¥4 million.