Coinciding with innovations in big data, artificial intelligence and robotics have come major changes in education, namely an increasing emphasis on STEM (science, technology, engineering and mathematics) in secondary education and closing gaps in STEM curricula.

Called the fourth industrial revolution by some, these innovations are consuming the world. The future children face in 20 years time is somewhat unfathomable. And while the world is rapidly changing, the syllabi in Japanese public schools has changed very little in the last 50 years. Central to nurturing students’ creativity, individuality and, by extension, their adaptability and problem-solving skills, is experiment-based, hands-on learning. 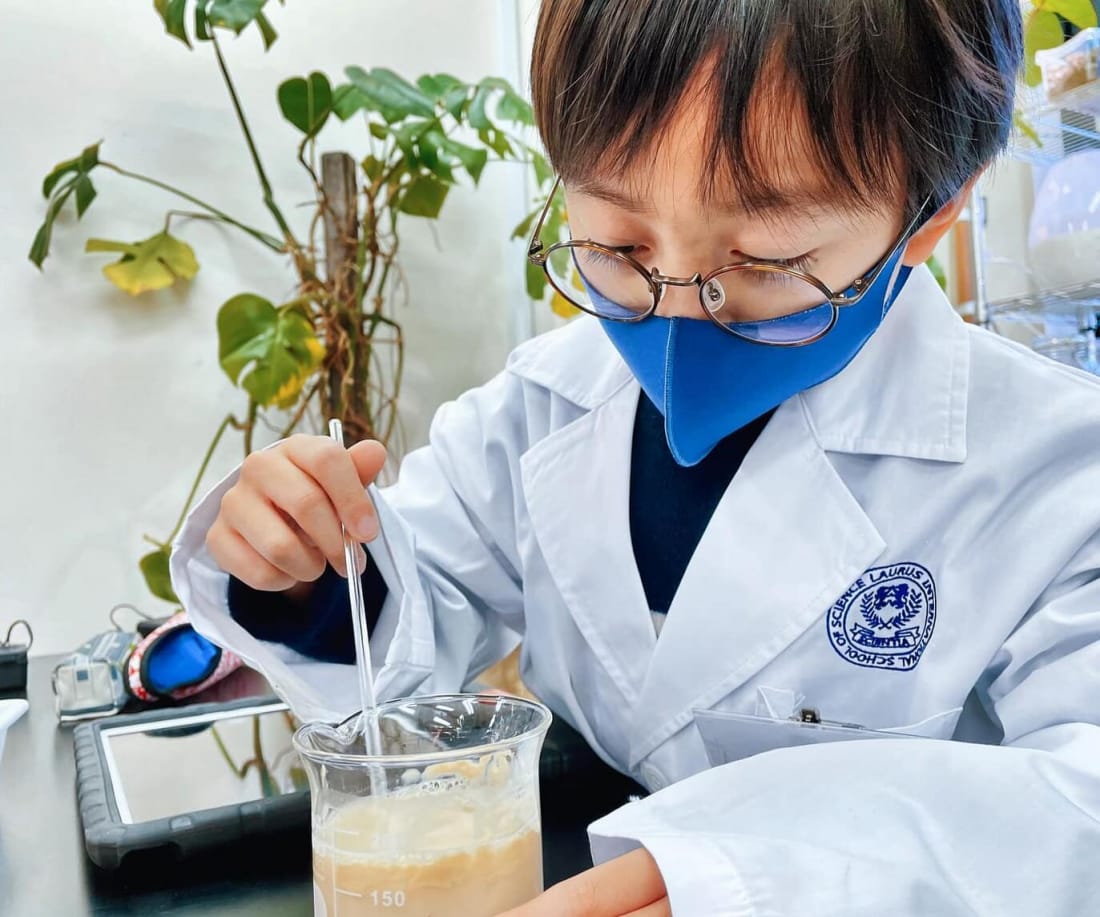 The Laurus International School of Science has emerged as the first (and still, the only) school in Japan with a focus on STEM. It began as an English-language preschool in 2001, and since then has expanded to several preschools and kindergartens around Tokyo and Kanagawa.

In 2016, Laurus opened its science-oriented primary school. With their eyes trained on an uncertain and certainly divergent future, Laurus tries to equip young ones for the ever-changing world by carving out opportunities for experimentation in science, technology, engineering, math, art and design.

For example, students are able to handle cutting-edge technology like robots and drones; 3D printers; and virtual and augmented reality gadgets. It figures that children, with their intuitive curiosity, are those most fit to play with these items, most prone to develop foundational reasoning skills quickly and formulate creative hypotheses.

The primary aim, rather than pushing discipline, “good performance” (by standard, quantitative measures) and retention, is to help children become independent, critical thinkers. This way, they are more ready for real-world environments and a rigorous global career. Preparing Students to Succeed from the Start

Particularly, Laurus puts emphasis on nurturing programming skills early on, to buttress the project-based research at the heart of a Laurus education. Following the Cambridge information communications and technology syllabus, kids are introduced to the basics of variables, algorithms, loops, strings and syntax in programming languages; typing; and programming languages like Javascript, Python and Scratch.

Laurus was accredited by Cambridge Assessment International Education in 2019. This curriculum, formulated by a department of the University of Cambridge, encompasses the whole of a student’s primary and secondary education, leading into the A-levels.

The A-level diploma is recognized by all English-speaking universities as well as Japan’s Ministry of Education, in applying to Japanese universities. Laurus combines the Cambridge standards with their original inquiry-based curriculum. Even as early as kindergarten age, the curriculum is designed with college admission and success in mind.

While the Laurus student body and staff form a multilingual community, the common pedagogic language is English. But students’ schedules are supplemented by three Japanese language periods a week, whose syllabi revolve around textbooks.

For students whose first language is not Japanese, the level of these classes can be adjusted. And for all disciplines, class sizes are small and faculty are ample, guaranteeing a personalized and hands-on classroom experience. Of course, the interactive, creative and global approach covers the humanities, social sciences and arts in addition to language and STEM. And the academic experience at Laurus is even broader than the classroom. Students can participate in a STEM fair (where students get to collaborate with teachers and even STEM companies on displays), various field trips (science excursions have taken them to planetariums, aquariums and botanical gardens) and school performances. There is also summer school, and a weekend and after-school program. The latter program ranges from ESL supplements to ballet, dance, programming and music composition.

Currently, students from kindergarten to fifth grade can enroll in Laurus. In 2023, the school will begin to accept students into the secondary school. For more information, visit the school website or call at 03-6722-6310.