With Covid-19 cases decreasing, there appears to be a light at the end of the tunnel at last. For now, however, the state of emergency remains in place, meaning more time at home. Many of us have tired eyes from Zoom meetings and remote interactions and are eager to spend time away from screens. Aside from books (the MVP of all time), puzzles, card games and board games are enjoying a revival. If you’re looking for analog entertainment, here are some enjoyable Japanese tabletop games you can easily find at your local Daiso. 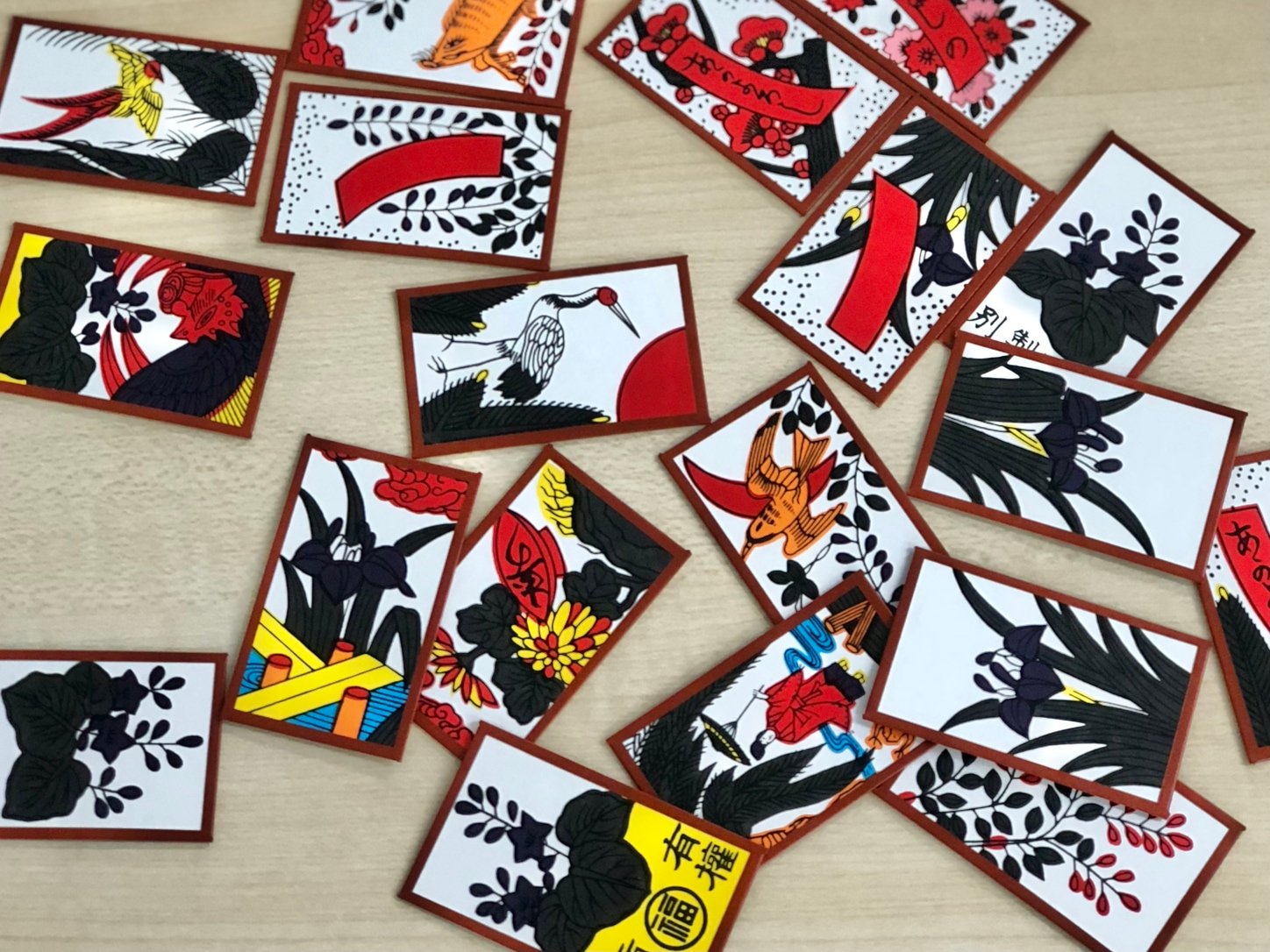 Hanafuda, or Japanese flower cards, are so deeply rooted in Japanese culture that they have their own emoji — 🎴. The cards allegedly go back to the start of the 16th century, but they became widely accessible once a hanafuda manufacturer started selling them in Kyoto. That company was Nintendo, back when it started in 1889. The cards were a success, but not among the right people. Used for gambling, they were strongly linked to the yakuza. So much so that many Japanese skipped out on them for years. These days, however, their underworld fame is a thing of the past. A hanafuda deck contains 48 cards, twelve sets of four, one for each month of the year. The cards don’t contain any numbers, only flowers and other symbols. For that reason, remembering the tokens, values and categories takes most beginners some time. It’s worth the effort, though. Several games are played using hanafuda cards. The two-player Koi-Koi and three-player Hachi-Hachi are among some of the most engrossing. The internet abounds with English instructions and ideas on how to play using these beautiful cards. In this two-player strategy game, the aim is to take down the enemy boss — a cigar-smoking pigeon. Each player deploys a flock of pigeons armed with different weapons on the so-called “Feeding Ground” (a fancy word for the surface on which you choose to play), to fight over a hamburger. Each pigeon has a particular moving pattern that you must consider surrounding and therefore win over the enemy boss. Instructions in English are available for download from the game’s website.

Ostle is like checkers, only more dynamic. Just like checkers, this two-player game is played on a tiled board using black and white pieces. The objective of Ostle, however, is to get two of the opponent player’s pieces by either pushing them out of the board or dropping them into a movable black hole. Daiso also provides instructions in English that you can download from here. Even without them, the gameplay is very easy to pick up. This game, as simple as it is brain-racking, will have players devising the smartest way to avoid being thrown off the edge. Popular with players across all ages, this game is an upgraded version of the basic card-matching memory game. The game comes with 54 cards of cute little animals doing different jobs. The preparation is simple, you just have to shuffle the cards and put them face down on a table, then take turns trying to match the card pairs. The catch? Several cards are almost identical but have small differences—the same outfit in a different color, or the same character with a different facial expression, for example. In this brain-teasing, family-friendly game, the aim is to remember the details that tell the cards apart and use them in your favor. Whoever completes a five-card masterpiece of “The Last Supper” wins in this card game of cat art thieves. Two to four players draw eight cards each and strive to assemble and protect the artwork in their “exhibition space” (again, just a colorful term for where you’re laying the cards). Using two differently equipped feline thieves, players steal each other’s artwork cards and try to protect their own using a lock and a police dog. However, sometimes even that won’t be enough to keep them safe. The cuteness of the cards only adds to the fun in this fast-paced card game. You’re probably already familiar with Reversi, Reverse Game or Othello. It’s one of the most widespread games in the world. Sold in Daiso as “Reverse Game,” it’s a simple two-player game that comes with a magnetic green 8×8 checkerboard and 64 pieces that are black on one side and white on the other. Taking turns, each player tries to flank the opponent’s pieces to turn a vertical or horizontal row of magnetic disks into their color. Whoever conquers the board, wins.

Its origins, however, aren’t as straightforward as its gameplay. The original game was patented as Reversi in Britain in the 19th century, although another inventor claimed that Reversi was a rip-off of his game, Annexation. Half a century later, Japanese inventor Goro Hasegawa revamped Reversi, tweaking some of its rules, and patented it in Japan as “Othello.” The name is said to have been chosen due to the dramatic twists of the game, just like those in William Shakespeare’s play. The trademark name Othello became the most widespread and it was a huge success. Played by children and adults alike, the game remains popular in Japan and overseas.