A Visit to the Shizuoka Whisky Distillery

A tipsy trip is exactly what we need sometimes

Over the last few years, as demand for Japanese whisky has skyrocketed, Japan has seen a huge boom in craft whisky distilleries. However, few have attracted quite the same level of attention as the Shizuoka Whisky Distillery. Owned by Gaia Flow and founded in 2016 by Taiko Nakamura, the Shizuoka Whisky Distillery is located high in the mountains of Shizuoka. It’s on the banks of the Nakakouchi River in the Tamagawa District of Oku-Shizu, relatively close to iconic Mount Fuji. The building’s design itself is unique. Nakamura wanted something recognizable that fused nature and a whisky heritage. However, he didn’t want it in the traditional Scottish style. He worked with Derek Buston, an American architect living in Shizuoka.

Construction was completed in August 2016. A month later the whisky distillation license was granted and the first distillate was produced in October. It was then casked in December that year. Four years later, they released their first single malt, Prologue K. It retailed at just under ¥9,000, but it sells in the secondary market for multiples of that. Their second single malt, Prologue W, has also been a hit, selling out in no time. 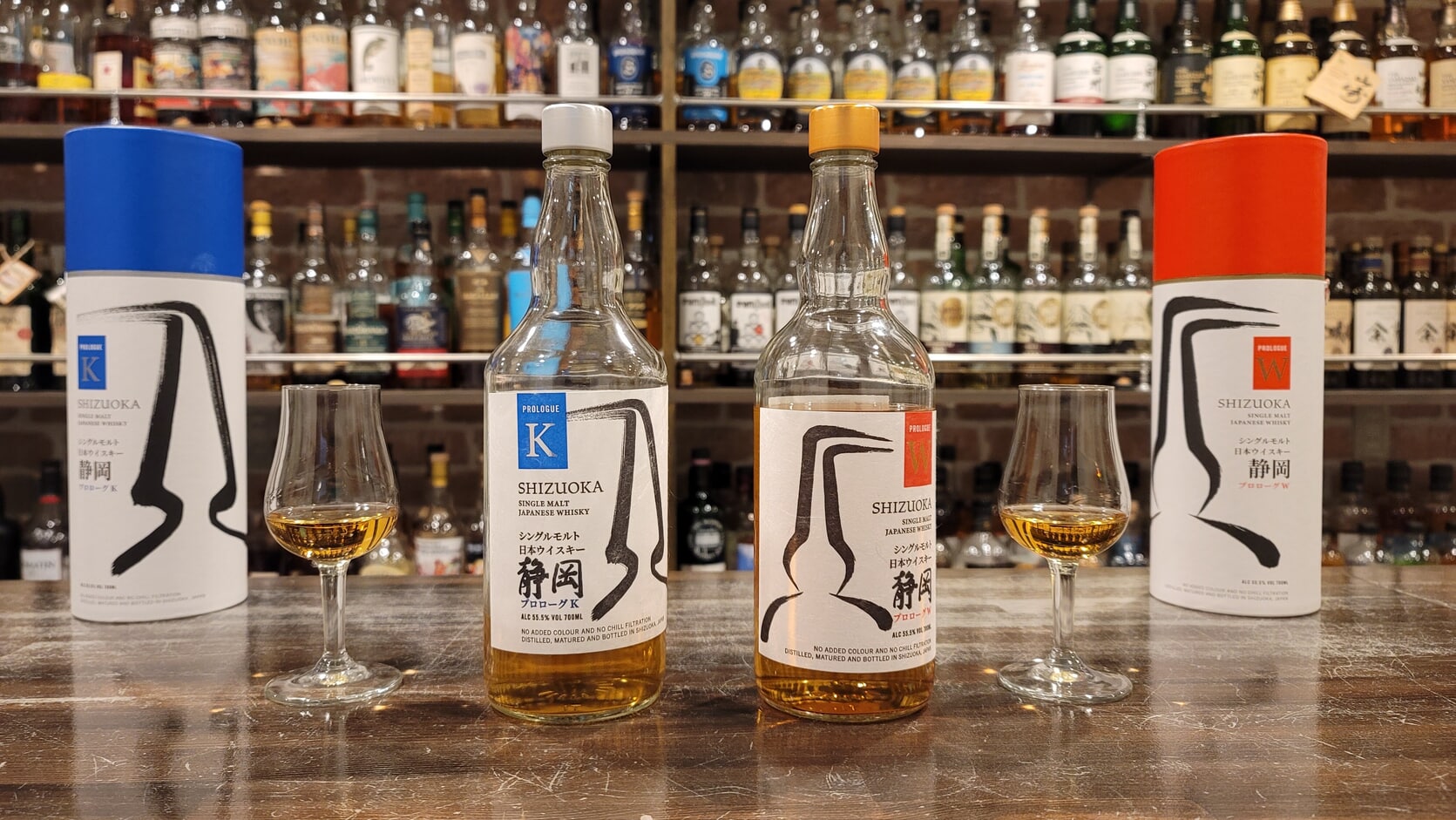 A Guided Tour of the Distillery

The Shizuoka Whisky Distillery offers a guided tour that allows you to get up close and personal with the entire whisky production process. It’s in Japanese only, but English speakers are given a fact sheet to read through as the tour progresses.

Here are some of the highlights of what you will be able to see on the tour — in their order during whisky production, not in the order you’ll see them on the tour.

You’ll come across a red machine, the Malt Mill, which pulverizes the malted barley. It’s a vintage mill manufactured in England in 1989, previously used at the now-legendary Karuizawa Distillery. The most important factor in milling malt is the granularity, neither too big nor too small.

You’ll see a huge, silver pot called the Mash Tun. This is where the starch in the malt is degraded into sugar, which the yeast needs to turn the sugar into alcohol. One ton of milled malt mixed with 6,000 liters of hot water is put into the mash tun. In one hour, with the temperature maintained at 64°C, the enzymes in the malt break down the starch into sugar. The resulting 5,200 liters of sweet liquid is called “wort”. The huge wooden tubs you see in distilleries are called washbacks or fermenters. This is where the wort is stored and fermented. It’s the process when the yeast digests sugar and breaks it down into carbon dioxide and alcohol, gaining around seven to eight percent of alcohol in the process.

Shizuoka Whisky Distillery currently has ten washbacks. Four of them are made of Douglas Fir aka Oregon Pine. The other six are from locally grown cedar. These are the first fermenters made in Japan and it makes Shizuoka Whisky Distillery the only one in the world to use cedar. Nakamura-san was inspired by the traditional use of cedar in sake fermentation. Their washbacks are made by the only traditional craftsmen left who know how to make them, Fuji Seiokesho from Osaka. Shizuoka Distillery is famous for its unique pot stills. Whisky is distilled twice. First, it’s typically distilled in a wash still to produce a ‘low wine’ that contains over 20 percent alcohol. This is the world’s only wood-fired direct heat still. The firewood is sourced from lumber forests in Tamakawa via Tamakawa Kicori, a lumberyard in Shizuoka City. It’s then split into firewood and dried on-site at the distillery.

The second run takes place in a spirit still. The output of the second distillation that contains over 70 percent alcohol by volume is called New Make.

Shizuoka also has a smaller wash still formerly used at the iconic, but now defunct, Karuizawa Distillery. For the first three months of distillation this was all they had, so their first single malt, Prologue K, was made with both distillation runs taking place in this still. If you’re a whisky buff, standing next to this historic piece of equipment is quite something. Shizuoka Whisky Distillery’s aging warehouse is impressive and full of thousands of barrels for you to gawk at. Japanese whisky standards follow those of Scotch, so the new make needs to spend a minimum of three years in barrels (aka casks) in order to be called whisky. The whisky matures as the cask inhales air and exhales alcohol and water vapor. Due to the temperature changes at Shizuoka, the whiskies mature more rapidly than distilleries with a more stable climate.

Shizuoka Distillery mainly uses second-hand bourbon barrels for aging. Under US law, a barrel can be used only once to mature bourbon. This means the whisky industry has a steady supply of ex-bourbon barrels. They typically impart a sweet, vanilla-like flavor. The distillery also uses other casks, such as ex-sherry casks.

Shizuoka has an oversubscribed private program, so, if you own a cask there, you can taste your new make and see how it’s progressing. Gaia Flow are the importers for several overseas whisky brands and independent bottlers, such as Blackadder, Asta Morris and Indian whisky Amrut. You can buy plenty of that in the distillery shop. Ironically, you can‘t buy a bottle of the Shizuoka Whisky Distillery’s own single malts or new make to take home. However, you can sample it, along with many other drams, as part of the paid tasting.

Tours are by reservation only (via the distillery website)

Price: 20 years old and over: ¥1,100 yen (tax included) per person. Does not include tasting.
Under 20 years old: Free (must be accompanied by a parent or guardian over 20 years old)
Private Cask Owners: Free (including 2 companions)