As Tokyo gears up for the August heat, an Olympic-themed event, seasonal food fairs, a couple of new Don Quijote stores and a bespoke east-west fusion restaurant are all featured in the Tokyo Station area this upcoming month. Here’s what’s new around Tokyo Station for August 2021. 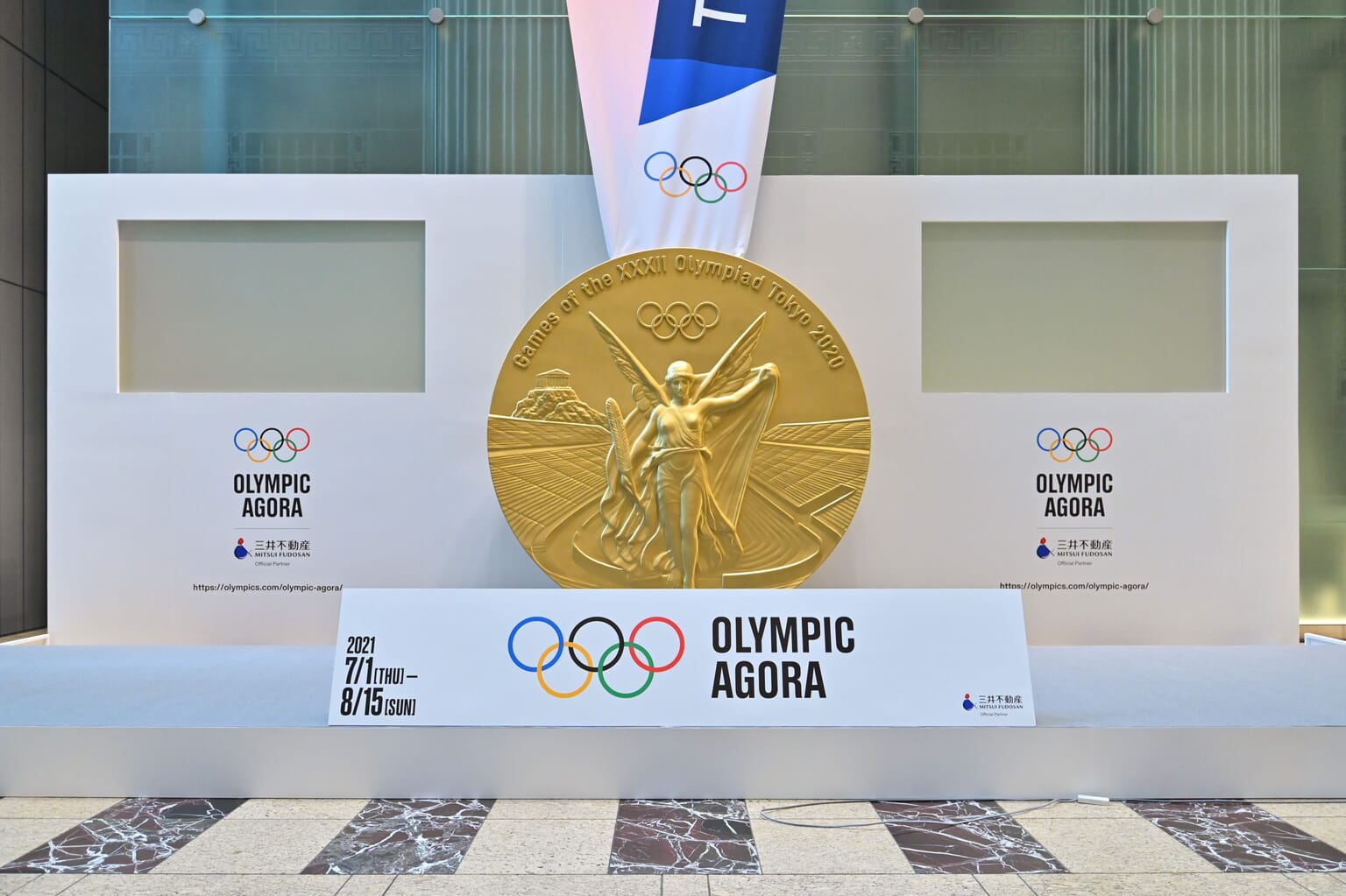 The capital is hosting the first-ever Olympic Agora – named after the Greek word for a communal public space. A cultural exhibition and event space in Nihonbashi, the Olympic Agora features dynamic artworks, installments and special events celebrating the arrival of the five-ringed showcase to Tokyo. Admission is free, but advanced reservations are required. Virtual tours are also available. Ginza Six, one of the largest commercial complexes near Tokyo Station, is offering seasonal gourmet food this August across a range of its delicatessens and restaurants. The theme, “Spice & Tropical,” takes its influences from Okinawa and the more southerly, sun-splashed islands of Japan. Mango, pineapple and passion fruit feature heavily among the desserts, while spicy international dishes, such as chili con carne and Italian sausage are available for those who prefer more savory bites. At the Gransta mall in Tokyo Station, a “Parfait, Ice Cream and Pudding Fair” will be held throughout the month of August. Gransta is introducing a variety of summer-inspired desserts, including mango parfaits, layered fruit trifles, Italian gelato using Japanese flavors and a whole host of other puddings. A great way to stave off the stifling August heat. Yuzan, an haute cuisine hub in Ginza that fuses the best of eastern and western flavors, has officially reopened. The 12-seat-counter restaurant, which operates under the expert tutelage of Chef Keiichiro Kurobe, meshes the inimitable spirit of California with the refined elegance of Japan. Scallop tartare with summer fruits, spiced Californian sea bream and Native American succotash all feature on the current omakase menu. A couple of new Don Quijote stores have opened up in Tokyo Station – one for alcohol and one for sweets and snacks. Both are ostensibly aimed at tourists coming to the capital. Located in the underground Yaesu shopping area, the alcohol branch sells a wide range of liquor, including craft beer from Brew Dog, Samuel Adams, the Saitama-based Mavericks Beer Station and many more. The snack shop features everything from chocolate and jellies to spiced crickets – the latter of which are actually pretty tasty. Both branches are open from 9am–11pm daily (subject to change dependent on Covid-19-enforced restrictions).

Want to know what else is new in town? Read our latest What’s New roundups.