“One cloud, floating in the midst of many, bringing new winds, changing tides”

In this entry, we introduce the Kumo Collective (stylized as the KUMO Collective) – an international network of artists with strong Tokyo roots. It is an independent assortment of individuals that prides itself on the international community it has built. The Japanese word “Kumo,” meaning cloud, was deliberately chosen as they see their network as one. In a statement, they described Kumo as “a cloud composed of countless young minds who strive to innovate and influence the world around them through their respective mediums. No single drop can form a cloud, no individual can form a community, but together, we span the artistic spectrum and we hope you will find a space in that spectrum and become a part of our community.”

The Kumo Collective is a multimedia platform built by and created for young artists. Their goal is to establish an artistic hub that celebrates expression in its myriad forms, all united under one domain.

The Kumo Collective was co-founded by Katarina Mladenovicova, Christophe Sam and Alfred Boudier. They have since been joined by Emma Neveux, the head of artists and repertoire (A&R) and public relations (PR) as well as Aku Owaka-Haigh, the co-creative director of Kumo’s online magazine: The Kumoïte. In the Tokyo branch you’ll also find artist and music producer Deza, graphic designer Kota Seto and visual artist Kingston Murray. Kumo is always open to collaborations with diverse artists who don’t necessarily have to be members.

Here are some of the works of the Tokyo branch of the Kumo Collective.

Katarina Mladenovicova: Co-founder of the Kumo Collective and Editor-in-chief of The Kumoïte Magazine 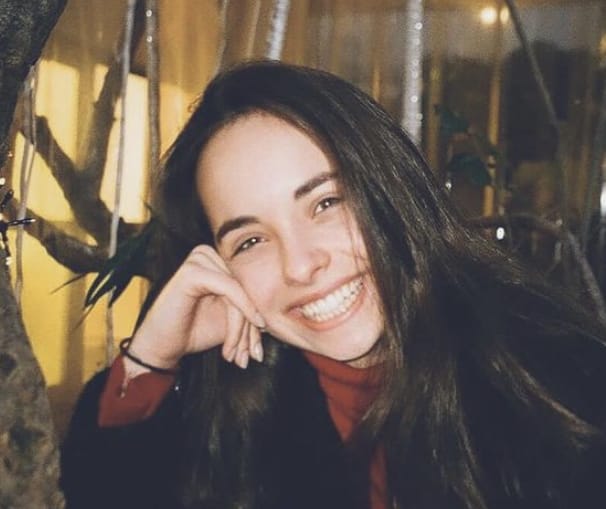 Mladenovicova is a French-Serbian photographer and content creator based in Tokyo. Growing up between the Czech Republic, France and Japan, she has never lived in a city for more than a few years at a time. This has shaped her artistic outlook, which is defined by the diversity of people and cultures she encounters. Using analog photography, with its limited number of shots, has allowed her to truly focus her camera on impermanence. Each click of the camera keeps frozen in time a piece of urban dynamics.

Check out the magazine: https://kumorecords.com/the-kumoite/

Aku Owaka-Haigh: Writer and Co-creative Director of The Kumoïte Magazine Owaka-Haigh grew up in England but is now based in Tokyo. Primarily a writer, he has also used his time in Tokyo to explore numerous creative outlets, from cooking to photography to creative design. Case in point: he has recently ventured into bottling his own hot sauce: Aku’s Mango Habanero Hot Sauce. He unveiled it at a chicken wing night he hosted at Tokyo’s own Breakfast Club (the sauce is now available through his Instagram). As a proponent of a DIY approach to creation, along with hot sauce he is also working on an upcoming brand Morphine Drip Kids.

You can read his latest article on pop-up culture in Japan here. Deza is an artist-producer from Ottawa, Canada. He is 24 years old and currently lives in Tokyo. While he has yet to choose an established sound, Deza has been leaning heavily towards jazz-based hip-hop. He started producing in August after he finished recording an EP with fellow Tokyo Artist Ro Morikawa. Right now he is preparing for the release of his new single “Believe in Me” coming out on June 9, which he is hoping will inspire the same feeling in the general audience. Kota Seto is a half Senegalese, half Japanese, 24-year-old graphic designer. He is based in Tokyo, where he grew up and spent most of his life. Kota has studied 3D animation and design. He works both in graphic design and on his personal projects. He’s currently focusing on his biggest project so far, a comic book called Dark Reign. He has been heavily influenced by illustrators and mangaka such as Hirohiko Araki, the creator of JoJo’s Bizarre Adventure. Kingston Murray is a 22-year-old visual artist who specializes in charcoal drawings. Growing up with a mother as an artist, Murray was surrounded by art from a young age. Though his mother encouraged him to paint in a realistic, refined manner, Murray found that a messy and chaotic approach was more appealing.

“Generally, when I work on my charcoal drawings, I try to revert to a ruleless and childish mindset. Things get messy, figures and objects merge and the meanings of the drawings aren’t always clear. That’s just how I’ve always liked it,” Murray says.

Riding off the momentum of his first exhibition in early 2021, Murray has more shows lined up later this year. He has been drawing up his own posters to help advertise them. His art will be exhibited from June 19—25 at Bontà Italia, in Shibuya.