TW Creatives: Erica Ward’s Surreal Tokyo Art is the Japan of Our Dreams

"The more perspectives I try to take on Tokyo, the more the city begins to feel like a living entity"

Tokyo Weekender’s series TW Creatives features various works by Japan-based writers, photographers, videographers, illustrators and other creatives in a bid to provide one additional platform for them to exhibit their talent. The works submitted here belong entirely to the creators. Tokyo Weekender only takes pride in being one of their most passionate supporters.

This time, we introduce Erica Ward and her dreamlike imageries of Tokyo. These works can best be described as an exquisite merging of sublime surrealism and pop aesthetics. The meticulous assemblage of urban elements and nature gives her surreal Tokyo art an almost spellbinding quality. This includes trains and apartment blocks perching from the folds of greeneries and road signs peering from hydrangeas. “My art often creates some kind of in-between space, be it an intersection of reality and fantasy, of familiar and unfamiliar, or intersections of identity,” says Ward. She adds that she discovered even more of these liminal spaces after moving to Tokyo. No matter how surreal an image, she has some mysterious power to convince us for a moment that it’s real. “The more perspectives I try to take on Tokyo, the more the city begins to feel like a living entity. I’ve enjoyed trying out different visual metaphors to capture this feeling,” says the artist. These visual metaphors distill Tokyo and Japan. They capture the essence of the country and city, so anyone looking at the paintings will instantly find something familiar.

Ward hopes her art will both remind past travelers of their trip to Japan, as well as inspiring Tokyoites to look at their metropolis in new ways. Erica Ward is an artist and illustrator from California living in Tokyo. Her detailed Japan-inspired works of watercolor and ink combine the mundane and the surreal. She often exhibits her work in Tokyo in small art galleries and cafes as well as big fairs and events. You can stay up to date with her on the following pages:

Here are a few more of her works. The cat and train pictures have proved particularly popular on Instagram. 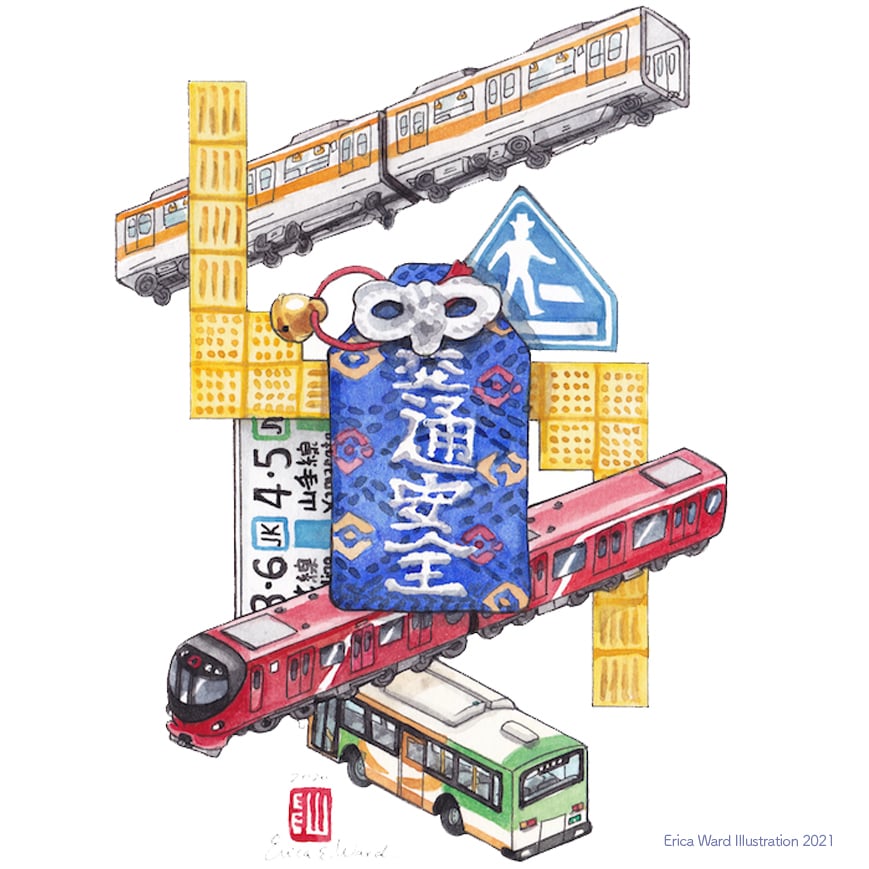