Even if you don’t know what the word “kawaii” means, you’re surely aware of kawaii culture. It pervades almost every aspect of life in Japan. When a girl is girly, she’s deemed kawaii. When a child makes a mistake, it’s deemed kawaii. In Japan’s cute culture, pets, mascots and weird drawings can be seen as kawaii. And no matter how different, these things are all connected.

The historical origin of the word kawaii can be traced back as far as the 11th century to the popular Japanese novel The Tale of Genji. In the story, the word had the connotation of “piteous, pitiable” (from the word “kawaisou”). Women in the book are often described as submissive and are regularly embarrassed or repentant after making mistakes. Additionally, they’re often illustrated with a blushing appearance, begging for compassion.

Today, the meaning of kawaii has evolved into a word meaning cute, lovely or adorable. However, the connection to the 11th-century word remains. This is because the often soft or innocent-looking, yielding type of woman in Japan is regarded as more pleasant and attractive. A Century of Cute Stationery

Many point to the famous illustrator Yumeji Takehisa (1884-1934) as the man who instigated cute culture in Japan. Takehisa was recognized for painting beautiful women and children in the early 1900s. In 1914, he opened a bookshop in Nihonbashi called Minatoya. It was here where he introduced charming stationery sets. These attracted young girls who gradually used the word kawaii for cute objects.

Stationery is a vital piece of the kawaii puzzle. During the 1970s, schoolgirls began using mechanical pencils to write school notes and letters. These pencils produced fine and delicate strokes in contrast to hardwood pencils. Japanese girls subsequently started a trend of doodling with hearts, stars, faces and caricatures combined with Japanese characters. It became so popular that many schools abolished the writing style as it was apparently difficult to decipher. In the 1980s, however, the publishing industry reinvigorated this juvenile aesthetic as cute fashion. Shojo, or young girl, has become a cultural phenomenon that goes beyond age. A popular cosplay costume is a school uniform with short skirts, ribbons and high socks. Then there’s the make-up which highlights the girlish look of large, exaggerated eyes, rosy cheeks and pouting lips. The physical appearance is also accompanied by a high-pitched voice. This completes the popular picture of someone who looks and acts kawaii.

Several authors, such as Soichi Masubuchi (Kawaii Syndrome) and Tomoyuki Sugiyama (Cool Japan) have professed the sociological impact of cute culture on the Japanese sense of aesthetics. This goes beyond the essence of elegance and sophistication. Since the release of Hello Kitty in 1974, there’s been a fascination with anime characters and childlike illustrations. They became a national craze among women and men, both young and old. Owning a cute character, from personal accessories to household items, was seen as adorable and, therefore, kawaii. 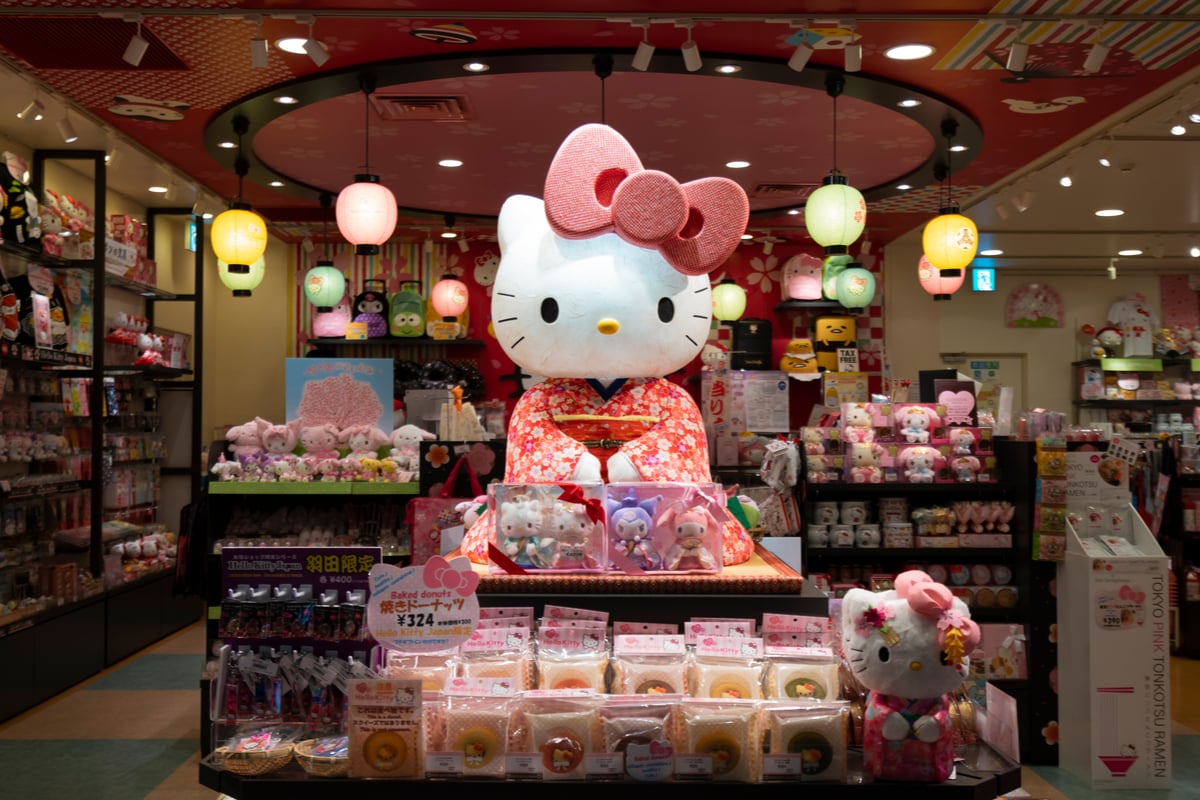 The Cute Culture of Mascots

That fascination also extends to Japanese mascots, of which there are many. You have these supposedly cute, animal or humanlike characters representing institutions or serving as promotional icons in large events and advertising. In fact, every prefecture in Japan has been designated an official mascot. There are about 3,500 regional mascots recorded nationwide. They are called yuru-kyara (meaning loose or relaxed character) or gotochi-kyara (local government character). The purpose they serve is that of setting a cheerful mood around the community.

There are many festivals dedicated to regional mascots, including an annual Yuru-Kyara Grand Prize event in which people vote for their favorite characters. The conditions for the prize selection are based on the character’s strong message of love for the local region, its unique movements and behavior and its charming yet unsophisticated features. Some of the popular regional mascots are Kumamon from Kumamoto Prefecture, dressed as a black bear with red cheeks and huge eyes; Funassyi from Funabashi, Chiba Prefecture, a yellow “pear fairy” that symbolizes the popular fruit grown in the region; and Gunma-chan from Gunma Prefecture, a brown pony with a green hat.

One needs to understand the inherent Japanese culture of masks and people’s attachment to disguised images to understand mascots. There are masks in Noh, Kyogen, and Bunraku theatres. They can also be seen in the annual Setsubun spring festival (chasing evil spirits away) as well as various Shinto rituals. Additionally, mascots are said to be influenced by Japanese yokai or supernatural monsters from folklore, especially the Nigi-mitama peaceful spirits that convey profound wisdom about life.

Mascots as Symbols of Peace

In times of outstanding political conflicts or natural disasters, the amicable presence of a mascot is welcomed as a symbol of peace. A recent example of this could be found in Fukushima. After the government announced plans to release water from the damaged nuclear plant into the sea, they decided to promote the idea with a cute mascot (though the idea has since been scrapped due to a backlash). There’s even been a mascot for the Covid-19 pandemic. Koronon is a pink, fluffy cat with the sign Covid-19 shining on its chest. It wears a face shield while handing out masks to passersby. Manga, animation, and cosplay did not emerge in Japanese pop culture by mere accident. In a society where compliance is more valued than confrontation and homogeneity more than uniqueness, fantasy and imagination are crucial for self-expression. Strangely, this may be a contributing factor for the superior quality of Japanese aesthetics since repressed emotions often lead to the most passionate and deepest artwork.

Some may deem the unfailing admiration for mascots and cute culture as utterly childish, but behind the guise is an animated entity that comes to life. Perhaps for many Japanese, it represents a mirror image of themselves in another unfettered universe.

There’s much more to learn about cute culture and mascots, so keep reading: