Meanwhile in Japan: These Were The Biggest News Stories in September

From the appointment of a new country leader to the tragic loss of some of Japan's most beloved stars, here are the news headlines that got us talking this month.

Like the season it represents, the month of September was both quiet and turbulent, characterized by new beginnings and heartbreaking endings. We saw an old leader leave and a new one stepping in to replace him, celebrities getting themselves in trouble and others ending their short lives, leaving crowds of devoted fans with many questions and very few answers. We saw two young Japanese women fighting for causes they won’t — and shouldn’t — let go of despite the backlash they had been facing. But we saw them being recognized for that, too, giving many people hope to speak up for their rights and beliefs. So here they are, the news headlines that got us all talking in September 2020. Ever since the former Prime Minister of Japan, Shinzo Abe, announced in a press conference on August 28 that he would be stepping down due to recurring health concerns, Japan and the world were impatient to find out who’d be the next leader. Three candidates, Shigeru Ishiba, Yoshihide Suga and Fumio Kishida competed for the post, but as the election race began, it became evident that the leading party’s favorite was Suga. On September 16, speculations that he would be the one to replace Abe, finally became true when Suga won a landslide victory to become Japan’s next Prime Minister. Suga, a chief cabinet secretary under Abe, pledges to carry on many of Abe’s programs, including his signature “Abenomics” economic strategy.

Since he was appointed the Prime Minister of Japan, Suga has promised to tackle expensive mobile bills, provide financial assistance for infertility treatment and continue preventing a further spread of the Covid-19 virus while protecting Japan’s economy. Suga picked Minister of Health, Labor and Welfare Katsunobu Kato as chief cabinet secretary (his replacement), while Nobuo Kishi, Abe’s own brother, was appointed the Minister of Defense. Suga appointed only two women in his Cabinet, Seiko Noda as Minister for Internal Affairs and Communications and Yoko Kamikawa as Minister of Justice. Read the 10 things you should know about Suga here.

Two names from Japan were on the list of this year’s TIME 100: The Most Influential People. The first was journalist Shiori Ito, the symbol of Japan’s #MeToo movement, and the second was professional tennis player Naomi Osaka who has been repeatedly covered by news reports not only for her brilliant performance on the tennis court but her very public protest against racial injustice and police brutality in the United States. This was the second time for Osaka to be featured in Time 100. The magazine wrote: “It took incredible focus, courage and intentionality to carry herself the way she did. To use her gifts and talents, her voice and her platform, to honor the preciousness of Black and brown lives. She reminded us that we can all resist the excuses that guard us from giving love. Whatever power we have, the most lasting and life-giving way we can steward that power is by using it to lift others up.” In late August, Osaka boycotted her semi-final match at the Western & Southern Open in New York City. After returning to the court, she wore seven masks carrying had the name of a Black person killed due to police apathy or brutality, to each of her matches. Ito (pictured above), who had been the forefront leader of Japan’s battle against sexual crimes, was recognized for “forever chang(ing the) life for Japanese women with her brave accusation of sexual violence against her harasser.” In December 2019, the Tokyo District Court ordered Noriyuki Yamaguchi, a former Washington bureau chief of Tokyo Broadcasting System Television, to pay ¥3.3 million in damages to Ito, recognizing he “had sexual intercourse without the consent of Ito, who was in a state of intoxication and unconscious.”

Gone too suddenly: 3 Japanese celebrities commit suicide in one month

Japan was severely shaken up following the death of professional wrestler and Terrace House star Hana Kimura in May this year, who committed suicide at her home because of cyberbullying. Her tragic death opened the debate on cyberbullying, leading the government to address the issue and promising to strengthen punishment and regulations against malicious behavior online.

But when Haruma Miura died in late July, presumably under his own will, there was nothing — no one could find any cause behind the death of a successful, young and much beloved actor whose career was flourishing. There was no suicide note, no scandals, no signs that something was eating him inside. Then came September and the deaths of three Japanese celebrities just days apart. Actress Sei Ashina (Kamui Gaiden, AI Hokai and the TV series Bloody Monday) was found dead at her apartment on September 14. She was 36. On September 20, actor Takashi Fujiki, 80, was found dead by his son at his apartment a week later. There was apparently a note that said he no longer had confidence in acting. 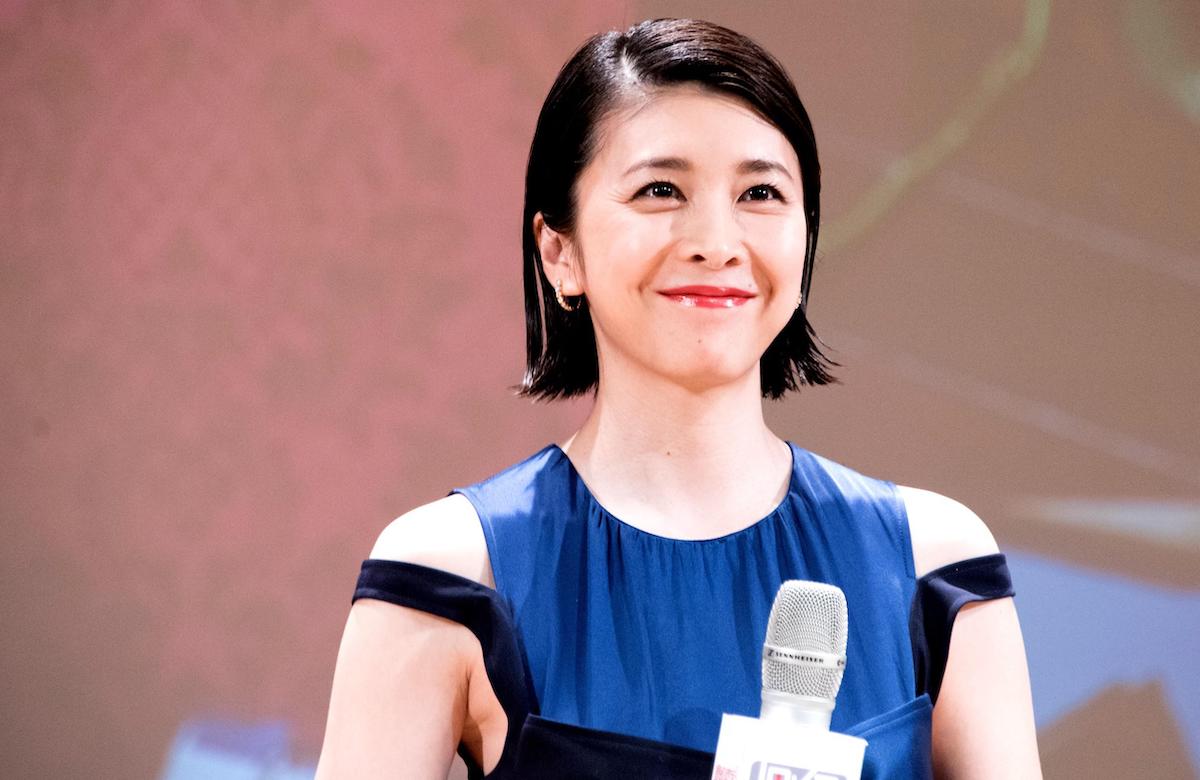 On September 27, Yuko Takeuchi (pictured above), one of Japan’s most famous and celebrated actresses, presumably took her own life at her home in Tokyo. She was 40 and had just given birth to her second child this January. The day before her death, she had been spending time with her family at home as usual and there was nothing to predict that she would end her life. In eerie circumstances, all these celebrities were connected. Miura, Ashina and Fujiki had all starred at Bloody Monday, while Miura and Takeuchi appeared together in The Confidence Man JP.

In August, Japan saw nearly 1,900 suicides, up 15.3 percent from a year earlier. Following Takeuchi’s death, the government urged people to seek help if they were struggling to cope, noting that the ongoing pandemic has caused much emotional instability and insecurity in far too many people.

Japan’s show business industry was struck by the arrests of two highly well-known individuals, actor Yusuke Iseya, who was caught possessing marijuana, and former member of the idol group TOKIO, Tatsuya Yamaguchi, who was arrested for driving under the influence. Iseya (Ashita no Joe, Shinjuku Swan, Fly Me to Saitama) was arrested for possessing 7.8 grams of cannabis at his home. The actor admitted smoking weed regularly “for stress relief.” He was released on a ¥5-million bail later in the month and issued an official apology.

Tatsuya Yamaguchi was arrested for riding his bike under the influence at 9 am and hitting a car while waiting for the traffic signal to change. The vehicle he hit belonged to a police officer off duty. Yamaguchi later told investigators that he was drinking by himself all night long but didn’t think he was drunk. Yamaguchi, a former member of the popular all-male pop group TOKIO, was fired by his agency, Johnny’s Entertainment, in 2018 for drinking with and forcibly kissing a female high school student. While Japan has a very uneasy relationship with tattoos — which have for far too long been associated with gangs and organized crime — in September, tattoo artists rejoiced over news reports related to their profession. On September 17, Japan’s Supreme Court overturned tattoo artists’ requirement to have a medical license by asserting that tattoos are an artistic expression that doesn’t violate medical practitioners law. In 2001, the Japanese Ministry of Health, Labor and Welfare passed a regulation that deemed tattooing people to be a medical act due to the health risks involved with the procedure, which left countless tattoo artists unable to practice legally. In 2015, a tattoo artist from Osaka, who would eventually become the catalyst for change in this court case, was arrested and fined ¥150,000 by an Osaka district court for practicing without a medical license. The Supreme Court stood by the artist by ruling that tattooing should not require a doctor’s license because it carries little risk of injury or health problems.

After months of intense criticism from the international community over Japan’s decision to completely close its borders — even for those who call Japan their homes and have families here — the Japanese government finally announced that from September 1, Japan would loosen its border restrictions, granting reentry to all foreign residents. As David McElhinney wrote in his report on the case, “approximately 90,000 valid visa holders (of Japan’s 2.63 million foreign nationals legally residing in Japan), had been stranded abroad and continually denied reentry to the country, since the restrictions were implemented on April 3.” Japan was the only G7 nation to draw such an opaque line between foreign residents and citizens, which caused many to protest and publicly request the government to reevaluate its policy. As a result, from September 1, the country began easing reentry restrictions on all foreign visa holders. For more on this topic, see this article.

“Meanwhile in Japan” is a new monthly series on Tokyo Weekender covering the country’s latest and most significant news.